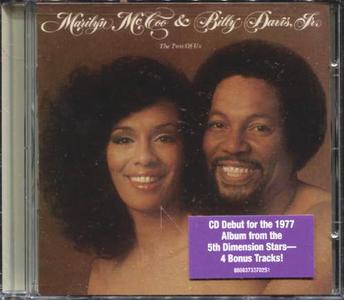 In 1975, McCoo and Davis left the 5th Dimension and began performing as a duo. Landing a contract with ABC Records, they recorded their 1976 debut album, I Hope We Get to Love in Time. The first single was the title track, which was a mid-chart hit. Their follow up, "You Don't Have to Be a Star (To Be in My Show)" was an even bigger hit, reaching #1 on the Billboard Hot 100 in January 1977. McCoo and Davis were awarded a Gold single and a Gold album as well as a Grammy Award for Best R&B Performance by a Duo or Group with Vocals. The song peaked at #21 in Australia. They became the first African American married couple to host a network television series, The Marilyn McCoo & Billy Davis Jr. Show, on CBS in summer 1977. They released one more album on ABC in 1978, produced by Frank Wilson and containing the popular ballad "My Reason To Be" by songwriters Judy Wieder and John Footman. 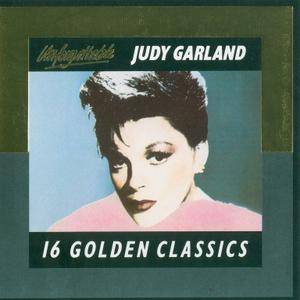 British import CD, now out-of-print, 16 tracks, digitally transferred from the original masters. Includes: For Me and My Gal/Trolley Song, Swanee, I'm Nobody's Baby, Alexander's Ragtime Band, Over the Rainbow, I Feel a Song Coming On, Rock-a-bye Your Baby, Almost Like Being in Love/This Can't Be Love, Fly Me to the Moon, That's Entertainment, Chicago, Battle Hymn of the Republic, Come Rain or Come Shine, Smile, I Can't Give You Anything but Love, Hey Look Me Over. 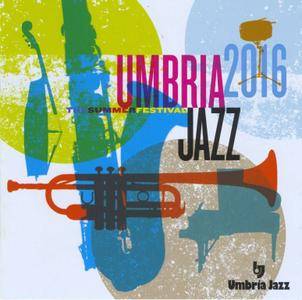 The Umbria Jazz Festival is one of the most important jazz festivals in the world and has been held annually since 1973, usually in the month of July, in Perugia, Italy. Furthermore, the Umbria Jazz Winter Festival takes place annually in late December to early January in the city of Orvieto. Since its start the festival turned into a quality jazz fiesta, one of the leading festivals in Europe. The Umbria Jazz Festival in Perugia, Italy attracts over 200,000 people each year for 10 days of live jazz music performed by critically acclaimed artists from around the world.
Jazz Vocal Easy Listening lossless 2016 2CD FLAC CD-Rip
Details 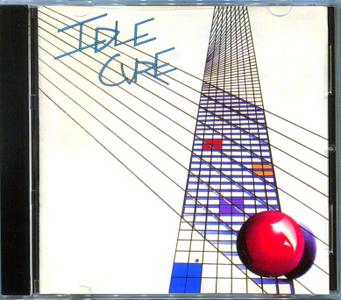 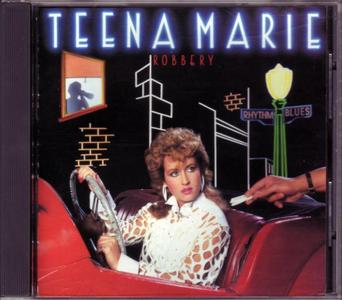 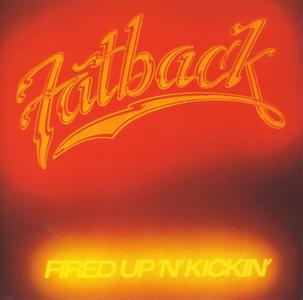 Fatback - Fired Up 'N' Kickin' (1978) [2002, Remastered Reissue]
R&B, Soul/Funk, Disco | EAC Rip | FLAC, Img+CUE+LOG+Scans (JPEG) | 43:52 | 290,46 Mb
Label: Southbound Records (UK) | Cat.# CDSEWM 041 | Released: 2002-09-03 (1978)
The New York funk band's LP is divided into two segments, the Freak Party and the Foot Stompin' sides. Foot Stompers first: you won't find a better girl-watching song than "I Like the Girls," awhere an incessant bass riff drives the funky anthem; some timely rim drumming and cowbells embellish the beat along with well-placed horn riffs. "Snake" has a Latin beat and relies heavily on salsa horns; it's pure jazz and shows Fatback's versatility, with some tasty solos added for seasoning. The side concludes with "Can't You See," a laid-back tune, real laid-back, so laid-back you wonder why it's on the Foot Stompin' side. "I'm Fired Up" kicks off the Freak Party side; the vocals are muddy and the words (the few there are) are hard to distinguish, but so what? Fatback is about the beat, the rhythms and the musicianship. "Boogie Freak" has a more infectious beat, and the lyrics are more interesting than "Fired," though they ripped the girlish backing vocals from the Ohio Players.
R&B Soul/Funk Disco lossless FLAC CD-Rip 1978 Remastered
Details 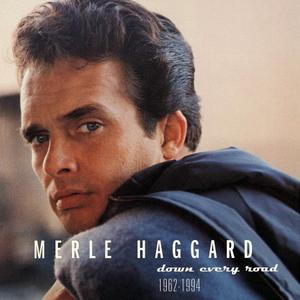 Merle Haggard - Down Every Road 1962-1994 [4CD Box Set] (1996)
Country, Bakersfield Sound | EAC Rip | FLAC, Tracks+CUE+LOG+Scans (JPEG) | 04:45:21 | 1,64 Gb
Label: Capitol Records Nashville (USA) | Cat.# CDP 535711 | Released: 1996-04-02
"Down Every Road 1962–1994" is a compilation album by American country singer Merle Haggard, released in 1996. It covers music from his earliest work in the early 1960s to his Epic releases of the late 1980s. The boxed set includes three CDs of material recorded for Capitol (up to 1977) and one of Haggard's later MCA and Epic recordings. It was ranked at #477 on 2012 updated version of Rolling Stones 500 Greatest Albums of All Time, stating that it "is the ultimate collection from one of country's finest singers."
Country Bakersfield Sound Honky Tonk Western Swing Revival Traditional Country Progressive Country lossless CD-Rip Box Set FLAC
Details 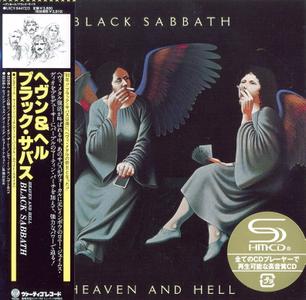 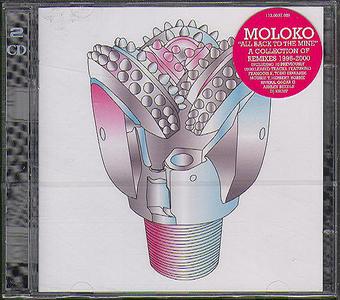 Moloko - All Back To The Mine: A Collection Of Remixes 1995-2000 [2CD] (2001)
Electronic, House, Dub | EAC Rip | FLAC, Img+CUE+LOG+Scans (PNG) | 02:10:47 | 979,89 Mb
Label: The Echo Label Ltd./Roadrunner Arcade Music (EU) | Cat.# 22 202442 | Released: 2001-07-02
Most remix albums smack of weak marketing. Less about the music itself, they're often more concerned with fulfilling contractual obligations. Sadly "All Back To The Mine" is not an exception to the rule and represents an unnecessary pillage through Moloko's patchy back catalogue. Culled from five years' worth of archive, what you actually get are 21 mixes (10 of which have never appeared on any commercial UK format) of varying quality and style.
Electronic House Dub Electro lossless FLAC CD-Rip 2001 2CD
Details 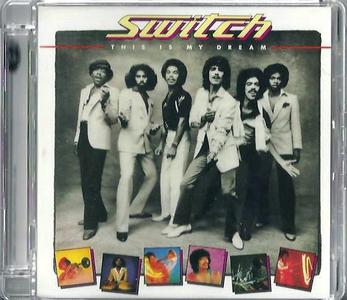 Switch - This Is My Dream (1980) [2010, Remastered Reissue]
R&B, Soul/Funk, Quiet Storm | EAC Rip | FLAC, Tracks+CUE+LOG+Scans (JPEG) | 41:05 | 299,69 Mb
Label: PTG Records (Netherlands) | Cat.# PTG 34081 | Released: 2010-02-26 (1980)
"This Is My Dream" is the 4th album by R&B group Switch. It was released in 1980. This is also the only album during their tenure with Motown not to feature input from Jermaine Jackson; they produced this album themselves. Following a slump with the subpar performance of their third album, "Reaching for Tomorrow", released earlier that year, the group rebounded with this effort. It included the top-ten hit "Love Over And Over Again", which Bobby DeBarge wrote with his sister and future DeBarge member Bunny DeBarge.
R&B Soul/Funk Quiet Storm lossless FLAC CD-Rip Remastered 1980
Details 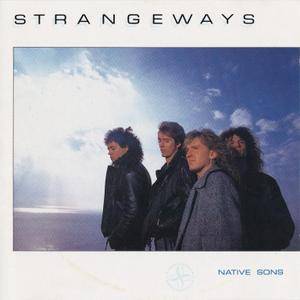 Strangeways - Native Sons (1987)
Rock, Melodic Hard Rock, AOR | EAC Rip | FLAC, Img+CUE+LOG+Scans (JPEG) | 45:07 | 329,22 Mb
Label: Bon Aire (Germany) | Cat.# 258 579 | Released: 1987
The 2nd album from the Glasgow based AOR act Strangeways is rightly regarded, as the finest British release the genre has thus far seen and may even be the best that has ever come out of Europe! Terry Brock had made a very successful career out of singing backing vocals on some of the biggest albums of the period, including for Journey & Foreigner. This was his and the band's day in the sunshine. 'Native Sons' is little short of a masterpiece!
Rock Melodic Hard Rock AOR lossless FLAC CD-Rip 1987
Details 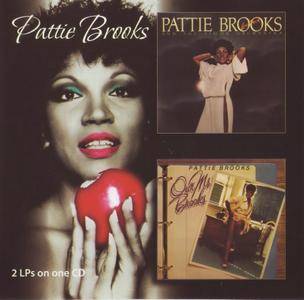 Pattie Brooks ‎- Love Shook (1977) & Our Ms. Brooks (1978) [2009, Remastered Reissue]
R&B, Soul/Funk, Disco | EAC Rip | FLAC, Img+CUE+LOG+Scans (JPEG) | 01:12:32 | 518,09 Mb
Label: Funky Town Grooves (USA) | Cat.# FTG-188 | Released: 2009 (1977/1978)
Pattie Brooks is an American singer most frequently associated with the disco era. She was born in Fort Riley, Kansas to a military family. Her first break came in 1968 when she auditioned for the chorus on The Smothers Brothers Comedy Hour". In the next decade she became a sought-after backing singer, appearing on the Bobby Darin Show and touring with, among others Helen Reddy. She sang backing on Donna Summer's "I Remember Yesterday" album.
R&B Soul/Funk Disco lossless FLAC CD-Rip 1977 1978 Remastered
Details 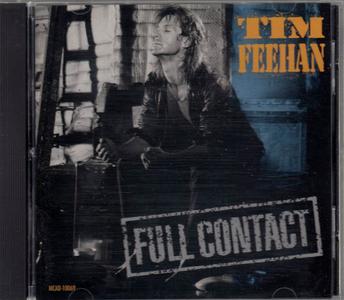 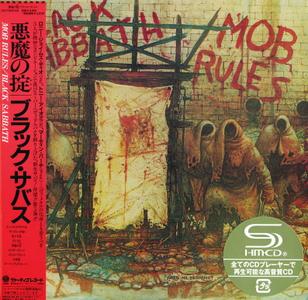 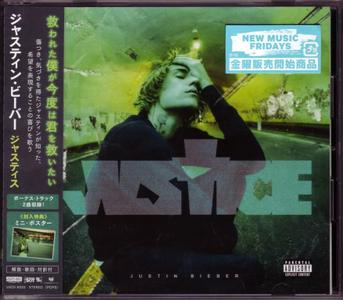