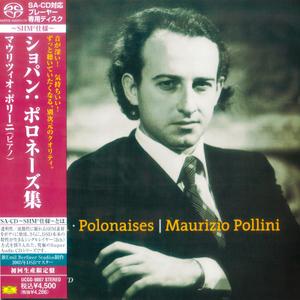 Maurizio Pollini is an Italian pianist. He is known for performances of compositions by Chopin and Debussy, among others. Maurizio Pollini makes it virtually impossible to imagine Chopin's Polonaises played with greater clarity, force and resolution. Not for him the odd approximation or slip of the finger: everything is ruthlessly, indeed frighteningly, concentrated and of the essence.
Details 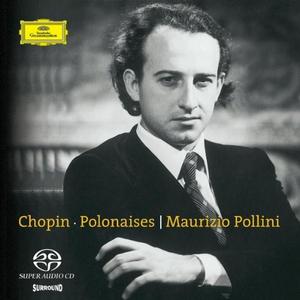 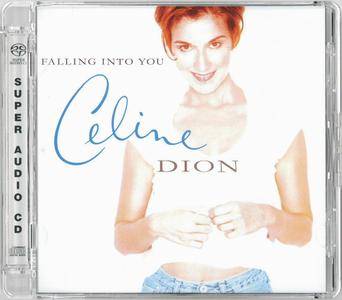 
'Falling Into You' was a giant step in a remarkable career, featuring songs which reveal the full range of Celine Dion's vocal and interpretive skills. Lush ballads and love songs that have become her signature, a Motown classic and tons of strong material - Celine wouldn't have it any other way. One of many focus tracks on 'Falling Into You' is the memorable and moving "Because You Loved Me". Written by Diane Warren, the composer of dozens of Top 10 singles, and produced by David Foster, with whom Celine has worked on every album since her 1990 Epic label debut, 'Unison', this track contains all of the necessary elements for success.
Details 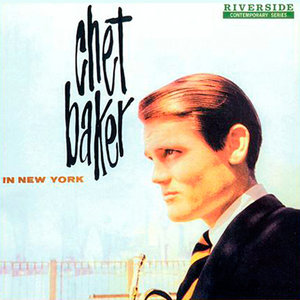 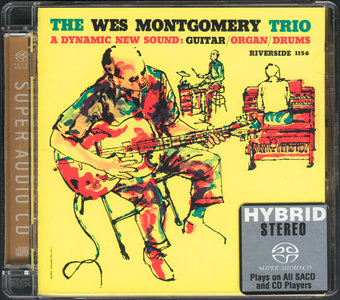 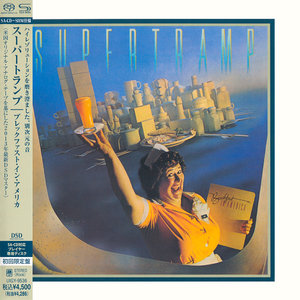 Supertramp - Breakfast In America (1979) [Japanese Limited SHM-SACD 2013 # UIGY-9536]
SACD Rip | SACD ISO | DSD64 2.0 > 1-bit/2.8224 MHz | 46:11 minutes | Scans included | 1,48 GB
or FLAC (converted with foobar2000 to tracks) 24bit/96 kHz | Full Scans included | 1,22 GB
Breakfast in America is the sixth studio album by the British rock band Supertramp. It was recorded in 1978 at The Village Recorder in Los Angeles. The album won two Grammy Awards in 1980, and holds an RIAA certification of quadruple platinum. It became Supertramp's biggest-selling album, with more than 4 million copies sold in the US alone, and was No. 1 on Billboard Pop Albums Chart for six weeks in the spring and summer of 1979. The album also hit No. 1 in Norway, Austria, Canada, Australia and France; in France it is one of the five biggest-selling albums of all time.
Details 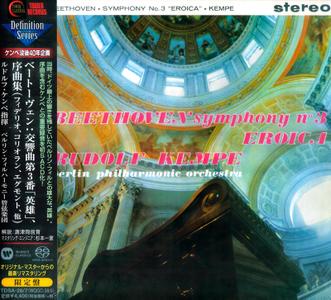 Rudolf Kempe, Berlin Philharmonic Orchestra - Beethoven: Symphony 3 / Overtures (1960/1959) [Japan 2016]
SACD Rip | 2x SACD ISO | DSD64 2.0 > 1-bit/2.8224 MHz | 97:30 minutes | Front/Rear covers | 2,71 GB
or FLAC 2.0 Stereo (converted with foobar2000 to tracks) 24bit/96 kHz | Front/Rear covers | 2,16 GB
Rudolf Kempe was a German conductor. One of the great unsung conductors of the middle twentieth century, Rudolf Kempe enjoyed a strong reputation in England but never quite achieved the international acclaim that he might have had with more aggressive management, promotion, and recording. Not well enough known to be a celebrity but too widely respected to count as a cult figure, Kempe is perhaps best remembered as a connoisseur's conductor, one valued for his strong creative temperament rather than for any personal mystique. This Japanese double reissue of pair of Beethoven's recordings (Symphony No. 3 In E Flat Major, Op.55 'Eroica' (1960) & Overtures (1959)) features the 96kHz/24bit DSD Mastering from the analog master tapes.
Details 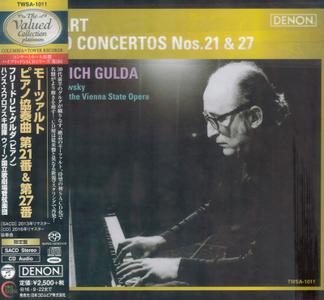 Friedrich Gulda, Orchestra Of The Vienna State Opera - Mozart: Piano Concertos 21 & 27 (1963) [Japan 2016]
SACD Rip | SACD ISO | DSD64 2.0 > 1-bit/2.8224 MHz | 55:53 minutes | Front/Rear covers | 1,52 GB
or FLAC Stereo (converted with foobar2000 to tracks) 24bit/96 kHz | Front/Rear covers | 1,26 GB
Mozart was certainly among the "domestic deities" of Viennese pianist Friedrich Gulda. He repeatedly played Mozart's piano music in his concerts and had it recorded. In so doing, this classically-trained musician, who had already played successfully in jazz bands at a young age, ignored the strict limits imposed by genres: he wanted to show audiences that there are no distinctions between musical styles whenever good music is played honestly and conscientiously. This Japanese reissue of Mozart's Piano Concertos 21 & 27 features the 96kHz/24bit DSD Mastering from the analog master tape.
Details 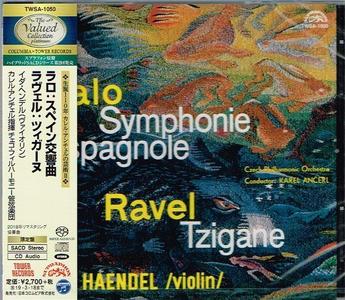 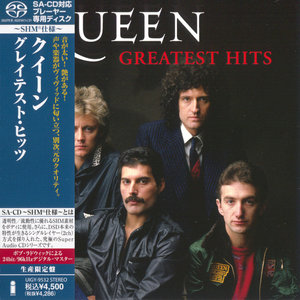 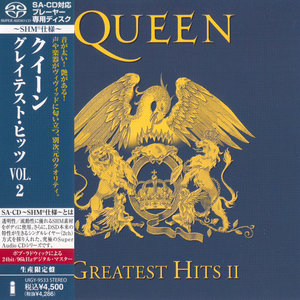 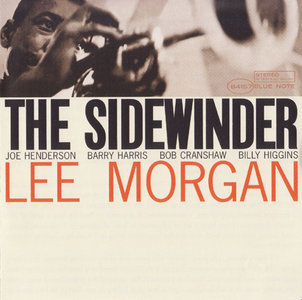 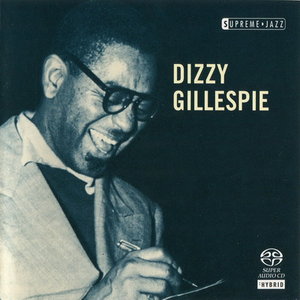 Dizzy Gillespie - Supreme Jazz (2006) [2.0 & 5.1]
PS3 Rip | SACD ISO | DST64 2.0 & 5.1 > 1-bit/2.8224 MHz | 61:27 mins | Scans included | 3,81 GB
or FLAC 2.0 Stereo (converted with foobar2000 to tracks) 24bit/88,2 kHz | Scans included | 1,2 GB
Features Stereo and Multichannel Surround Sound | Label: Membran Music Ltd. # 223269
Dizzy Gillespie's contributions to jazz were huge. One of the greatest jazz trumpeters of all time (some would say the best), Gillespie was such a complex player that his contemporaries ended up copying Miles Davis and Fats Navarro instead, and it was not until Jon Faddis' emergence in the 1970s that Dizzy's style was successfully recreated. Somehow, Gillespie could make any "wrong" note fit, and harmonically he was ahead of everyone in the 1940s, including Charlie Parker. Unlike Bird, Dizzy was an enthusiastic teacher who wrote down his musical innovations and was eager to explain them to the next generation, thereby insuring that bebop would eventually become the foundation of jazz.
Details 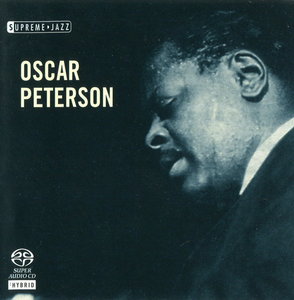 Oscar Peterson - Supreme Jazz (2006)
PS3 Rip | SACD ISO | DST64 2.0 & 5.1 > 1-bit/2.8224 MHz | 60:28 mins | Scans included | 3,49 GB
or FLAC 2.0 Stereo (converted with foobar2000 to tracks) 24bit/48 kHz | Scans included | 632 MB
Features Stereo and Multichannel surround sound | Label: Membran Music Ltd. # 223544
Oscar Peterson was one of the greatest piano players of all time. A pianist with phenomenal technique on the level of his idol, Art Tatum, Peterson's speed, dexterity, and ability to swing at any tempo were amazing. Very effective in small groups, jam sessions, and in accompanying singers, O.P. was at his absolute best when performing unaccompanied solos. His original style did not fall into any specific idiom.
Details 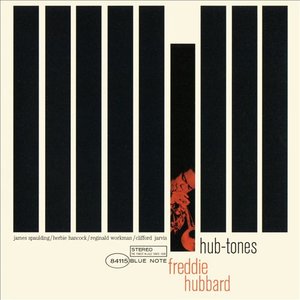 Freddie Hubbard - Hub-Tones (1963) [APO Remaster 2011]
PS3 Rip | SACD ISO | DSD64 2.0 > 1-bit/2.8224 MHz | 61:13 minutes | Scans included | 1,76 GB
or FLAC (converted with foobar2000 to tracks) 24bit/96 kHz | Full Scans included | 1,41 GB
Trumpeter Freddie Hubbard teams up on record with James Spaulding (who doubles on alto and flute) for the first time on this excellent set, with the assistance of pianist Herbie Hancock, bassist Reggie Workman, and drummer Clifford Jarvis. The quintet performs four of the trumpeter's originals (including "Lament for Booker" and the title cut) plus an advanced version of the standard "You're My Everything". John Coltrane's modal music was starting to influence Hubbard's conception and his own playing was pushing the modern mainstream ahead without really entering the avant-garde.
Details
Publication archive