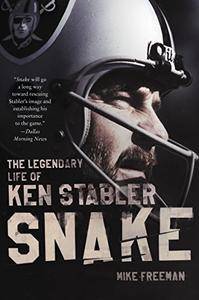 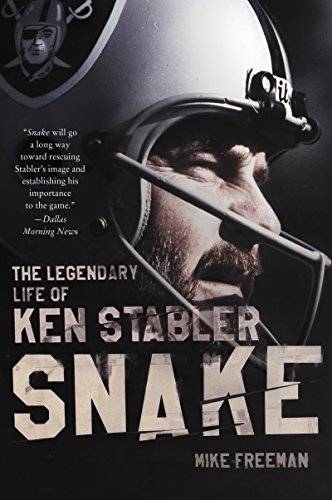 Ken "The Snake" Stabler was the embodiment of the original Men in Black—the freewheeling, hard-hitting Oakland Raiders. The league’s first swashbuckling pass thrower, the mythical southpaw Southerner famous for come-from-behind drives late in the game, Stabler led the Raiders to their first Super Bowl championship in 1977. In an era dominated by gentleman quarterbacks like Roger Staubach and Bob Griese, this 1974 NFL MVP, four-time Pro-bowler, and Super Bowl champion was an iconoclast who partied as hard as he played and lived life unapologetically on his own—not the NFL’s—terms.

Though Stabler’s legacy is larger-than-life, there has never before been an exclusive account of him, until now. Snake goes deep under the surface of Stabler’s persona to reveal a man who, despite his penchant for partying and debauchery, was committed to winning and being the best player he could be. From his college days playing for Bear Bryant at Alabama to his years with the Raiders under coach John Madden, his broadcasting career to his death in 2015 and the revelation that he suffered from chronic traumatic encephalopathy, known as C.T.E., Snake probes the myriad facets of Stabler’s life on and off the field to tell his complete story, and explores how his legacy and the culture and times that pivotally shaped it, continues to impact football today.