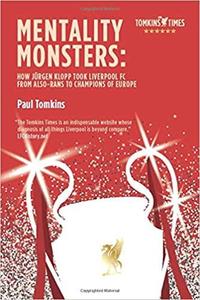 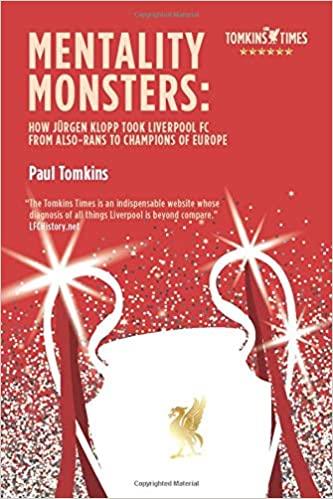 Mentality Monsters: How Jürgen Klopp Took Liverpool FC From Also-Rans To Champions of Europe by Paul Tomkins
English | ISBN: 1076602363 | 224 pages | EPUB | July 3, 2019 | 0.34 Mb
Fireworks fizzed and popped and sprayed as the phalanx of scarlet coaches inched along the streets. Flares and smoke bombs spread a red mist across Merseyside, explosions of sparkling confetti shot again and again from an air cannon into the blue skies, as the best part of a million Liverpool fans thronged the route, sitting astride traffic lights and hanging out of windows, risking life and limb to get a glimpse of the returning heroes. Jürgen Klopp, lager bottle in hand – one leg slung over the back of the open-top bus – looked at his clenched fists, then extended one finger, then two – until, one by one, he had counted to six. Another huge grin in the pyro glow, before, half-cut, he almost fell off the back of the bus.Liverpool Football Club, Champions of Europe. For a sixth time.This is the story of how Liverpool went from no-hopers in 2015 to the kings of Europe four years later.* * *Paul Tomkins is the author of over a dozen football books, an academic paper on the role football finances play in success, and the novel The Girl on the Pier. In addition, he was a columnist on the official Liverpool website between 2005 and 2012. In 2009 he set up the website The Tomkins Times.* * *Praise for Paul Tomkins and The Tomkins Times: "Phenomenal. Absolutely quintessential reading for Liverpool fans." Redmen TV.“The Tomkins Times is an indispensable website whose diagnosis of all things Liverpool is beyond compare.” LFCHistory.net"Perhaps the most intelligent guide to LFC available on the internet." The Independent on Sunday“Golddust analysis”, John Sinnott, BBC“[Football analysis] is best left to the professionals, like the admirable Mr Tomkins.” The Daily Telegraph

»Visit my blog for more eBooks«