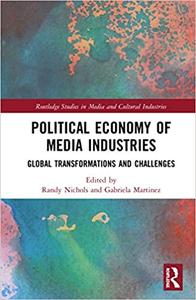 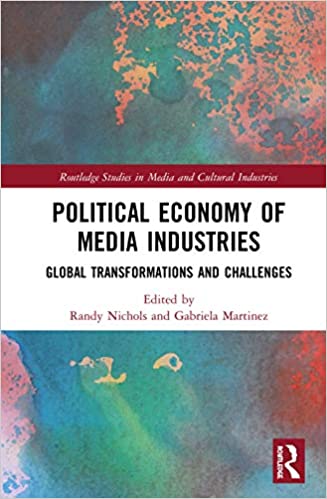 Political Economy of Media Industries: Global Transformations and Challenges by Randy Nichols and Gabriela Martinez
English | November 1, 2019 | ISBN: 1138602965 | 314 pages | PDF | 5 MB
This book provides a critical political economic examination of the impact of increasingly concentrated global media industries. It addresses different media and communication industries from around the globe, including film, television, music, journalism, telecommunication, and information industries. The authors use case studies to examine how changing methods of production and distribution are impacting a variety of issues including globalization, environmental devastation, and the shifting role of the State. This collection finds communication at a historical moment in which capitalist control of media and communication is the default status and, so, because of the increasing levels of concentration globally allows those in control to define the default ideological status. In turn, these concentrated media forces are deployed under the guise of entertainment but with a mind towards further concentration and control of the media apparatuses many times in convergence with others