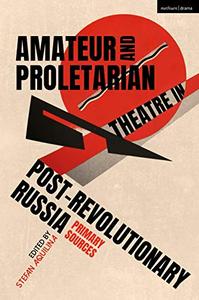 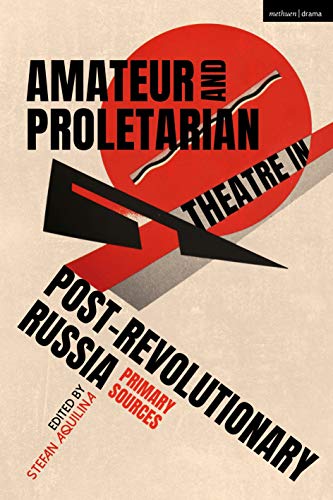 Amateur and Proletarian Theatre in Post-Revolutionary Russia: Primary Sources by Stefan Aquilina
2021 | ISBN: 1350170976 | English | 232 pages | PDF | 4 MB
This is the first collection of primary sources that addresses the amateur theatre produced by the workers in the first decade after the Russian Revolution. Newly translated from the Russian, the essays capture both theoretical articulations on the scene – by luminaries such as Alexander Bogdanov, Platon Kerzhentsev, Valerian Pletnev, Alexander Mgebrov and Valentin Smyshliaev – and the more fleeting descriptions and first-hand accounts of the productions staged, accounts and voices which are typically harder to capture.

The essays tell a story of unabashed optimism in the creativity of the working classes. They speak of the use of theatre to carve a public and political role in the construction of a new world. The sources, however, also exhibit the flipside of the scene, or the sombre difficulties faced by the amateur actors and the incessant calls to raise standards through professional help. The narrative developed is that of an amateur theatre which began as an autonomous and heterogeneous activity but which by the mid-to-late 1920s was transformed into a regulated practice and a space for cultural programming.

The collection makes an important contribution to our understanding of modern theatre: scholarship conventionally tackles the canonical names from the professional world but gives little attention to the more down-to-earth forms of performance taking place in factories, clubs and amateur circles. An introductory essay also highlights the range and significance of the collection and draws links between the essays.