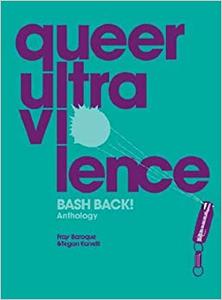 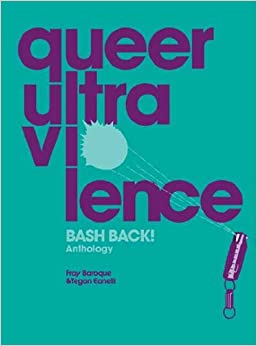 Tegan Eanelli, BASH BACK!, Fray Baroque and Tegan Eanelli, "Queer Ultraviolence: BASH BACK! Anthology"
English | 2011 | ISBN: 1620490420 | PDF | pages: 430 | 6.1 mb
This is a Bash Back! anthology. It takes a peek at the radical Queer tendency and/or (non)organization from 2007 to 2011.
The anthology includes interviews, analysis, communiques, and other documents relating to Bash Back! and the tendency that it spawned.
"We view queer as the blurring of sexual and gender identities. Queer is the refusal of fixed identities. It is a war on all identity. In line with the Bash Back! tendency, for the uses of this anthology queer is trans because the gender binary is inherently oppressive. More often than not, our use of the term queer is interchangeable with our use of trans, though that is not necessarily true of the way in which trans-whatever is used. With these notions we are not naïve. We acknowledge that society ensures Queer is an oppressed identity. Anti-Queer oppression is the systematic violence that people who fall outside of traditional sexual or gender categories encounter."
What others are saying about Queer Ultraviolence: a Bash Back! anthology:
Bash Back: If Democracy doesn’t work, try anarchy! -Chuck Norris
[Bash Back!] reflects the ways that mobs conducted themselves in the underworld. They are methods gangs use to control their turf. They are the wiles that the KGB used to suppress their enemies. But this is the United States of America…Revenge or retribution is not the American way. Is militant antagonism and vengeful aggression really the best Americans can offer to other Americans who oppose them? -Chuck Noris
A mob of gay terrorists -Bill O’Reilly
What troubles me so deeply, and should trouble all thinking Americans, is that there is a real, unbroken line between the jihadist savagery in Mumbai and the hedonistic, irresponsible, blindly selfish goals and tactics of our homegrown sexual jihadists. -Pat Boone
Give me a FUCKING break! The Mormon Church and the Greek riots are totally unconnected! -Chuck0