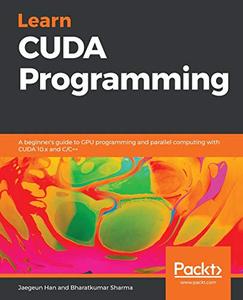 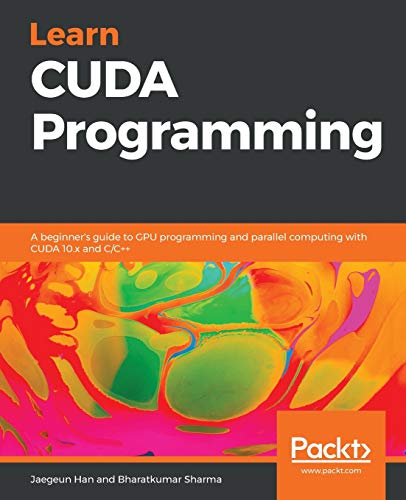 Compute Unified Device Architecture (CUDA) is NVIDIA's GPU computing platform and application programming interface. It's designed to work with programming languages such as C, C++, and Python. With CUDA, you can leverage a GPU's parallel computing power for a range of high-performance computing applications in the fields of science, healthcare, and deep learning.

Learn CUDA Programming will help you learn GPU parallel programming and understand its modern applications. In this book, you'll discover CUDA programming approaches for modern GPU architectures. You'll not only be guided through GPU features, tools, and APIs, you'll also learn how to analyze performance with sample parallel programming algorithms. This book will help you optimize the performance of your apps by giving insights into CUDA programming platforms with various libraries, compiler directives (OpenACC), and other languages. As you progress, you'll learn how additional computing power can be generated using multiple GPUs in a box or in multiple boxes. Finally, you'll explore how CUDA accelerates deep learning algorithms, including convolutional neural networks (CNNs) and recurrent neural networks (RNNs).

By the end of this CUDA book, you'll be equipped with the skills you need to integrate the power of GPU computing in your applications.

What you will learn

Who this book is for

This beginner-level book is for programmers who want to delve into parallel computing, become part of the high-performance computing community and build modern applications. Basic C and C++ programming experience is assumed. For deep learning enthusiasts, this book covers Python InterOps, DL libraries, and practical examples on performance estimation.