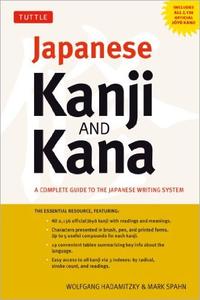 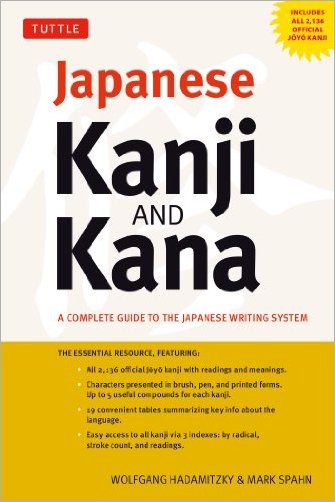 Complete, compact and authoritative—this Japanese language book provides all the information needed to learn kanji and kana, including the 92 hiragana and katakana phonetic symbols (known collectively as Japanese Kana) and the 2,136 standard Joyo Kanji characters that every Japanese person learns in school. This new and thoroughly revised edition reflects recent changes made to the official Joyo kanji list by the Japanese government.

The kana and kanji are presented efficiently and systematically which helps you learn them quickly and retain what you have learned to improve your mastery of the Japanese language. The ability to read Japanese and write Japanese is an essential skill for any student and will build on their previous knowledge and improve their overall capacity to learn Japanese. A concise index allows you to look up the Kanji in three different ways (so the book also serves as a Japanese Kanji dictionary) and extra spaces are provided to allow you to practice writing Japanese.

All 2,136 official Joyo kanji with readings and definitions.
Characters are graded by their JLPT examination levels.
Up to 5 useful vocabulary compounds for each kanji.
Brush and pen cursive forms as well as printed forms.
19 tables summarizing key information about the characters.
Kanji lookup indexes by radicals, stroke counts and readings.