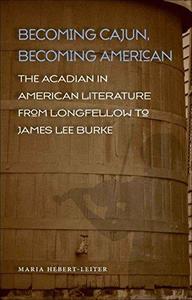 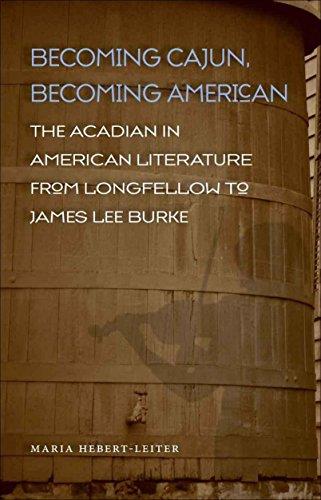 From antebellum times, Louisiana's unique multipartite society included a legal and social space for intermediary racial groups such as Acadians, Creoles, and Creoles of Color. In Becoming Cajun, Becoming American, Maria Hebert-Leiter explores how American writers have portrayed Acadian culture over the past 150 years. Combining a study of Acadian literary history with an examination of Acadian ethnic history in light of recent social theories, she offers insight into the Americanization process experienced by Acadians--who over time came to be known as Cajuns--during the nineteenth and twentieth centuries. Hebert-Leiter examines the entire history of the Acadian, or Cajun, in American literature, beginning with Henry Wadsworth Longfellow's poem Evangeline and the writings of George Washington Cable, including his novel Bonaventure. The cultural complexity of Acadian and Creole identities led many writers to rely on stereotypes in Acadian characters, but as Hebert-Leiter shows, the ambiguity of Louisiana's class and racial divisions also allowed writers to address complex and controversial--and sometimes taboo--subjects. She emphasizes the fiction of Kate Chopin, whose short stories contain Acadian characters accepted as white Americans during the nineteenth and early twentieth centuries. Representations of the Acadian in literature reflect the Acadians' path towards assimilation, as they celebrated their differences while still adopting an all-American notion of self. In twentieth-century writing, Acadian figures came to be more often called Cajun, and increasingly outsiders perceived them not simply as exotic or mythic beings but as complex persons who fit into traditional American society while reflecting its cultural diversity. Hebert-Leiter explores this transition in Ernest Gaines's novel A Gathering of Old Men and James Lee Burke's detective novels featuring Dave Robicheaux. She also discusses the works of Ada Jack Carver, Elma Godchaux, Shirley Ann Grau, and other writers. From Longfellow through Tim Gautreaux, Acadian and Cajun literature captures the stages of this fascinating cultural dynamism, making it a pivotal part of any history of American ethnicity and of Cajun culture in particular. Concise and accessible, Becoming Cajun, Becoming American provides an excellent introduction to American Acadian and Cajun literature.