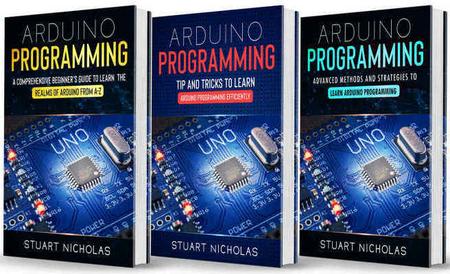 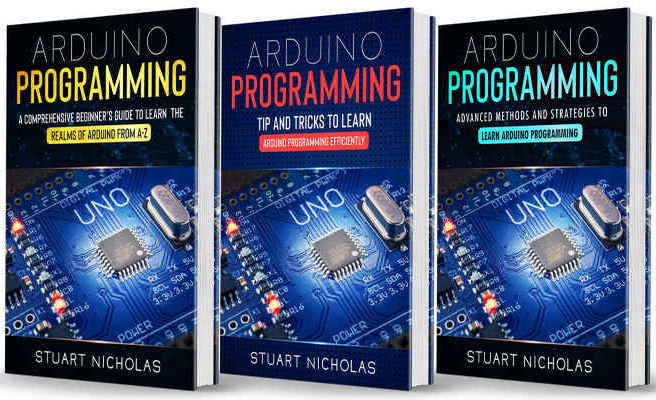 Arduino Programming: 3 in 1- Beginner's Guide+ Tips and tricks+ Advanced methods to learn Arduino programming by Stuart Nicholas
English | 2021 | ASIN: B08T1MYX1G | 464 pages | EPUB, PDF(conv) | 1 MB, 5 MB
Programming was once considered an activity reserved for some people of above-average talent and intelligence, elected by the gods of mathematics.
This vision is changing, and the activity of programming is becoming more and more present, especially after the explosion of the Internet in general and the internet of things (IoT). This is largely thanks to programmable devices like Arduino, which offer us a development platform that makes programming so easy that even those who never thought they could do so can succeed.
And the purpose of this book (The Realms Of Arduino Programming) is precisely to open the door by introducing in a didactic way this powerful programming tool that is, at once, useful, beautiful, fun, and powerful.
This book is part of a series of Arduino, and the study is done gradually, in increasing order of complexity. The first book focuses on presenting Arduino as a concept and development platform, teaching you how to install and test the system.
It shows the basic components used for prototyping, gives a detailed description of the IDE features, and explains the concepts needed to understand the process of programming, as well as transferring the program from the programming environment to Arduino memory, concluding with a hands-on experiment using a protoboard and a led.