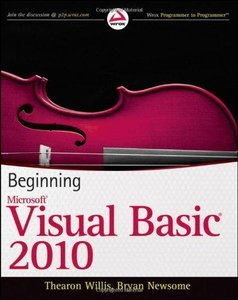 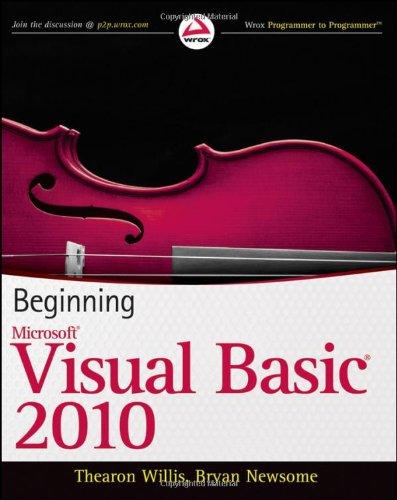 A thorough introduction to the basics of Visual Basic 2010

Synonymous with writing code in Visual Studio 2010, Visual Basic is an incredibly popular programming language. Its speed and ease of use make it a frequent first choice for new programmers, as well as a heavily favored choice for the more experienced set eager to learn Visual Basic's latest iteration. This beginning guide provides you with a solid foundation, unlocking the power and possibilities of Visual Basic 2010 and giving detailed steps for quickly and easily writing useful programs.