Night falls on Lustria. As you stand on the dock and peer seawards through the gathering mists, strain your ears. The jungle sounds behind you fade, and in their place comes a wet thudding, as of rotten rigging against a mouldy mast. The sound multiplies, and with it, the groan of a thousand breathless voices, joined in something part-shanty, part-dirge. Dread prows pierce the gloom ahead, and the ghastly truth is laid bare: upon the ghoul-winds come the swollen hulks and decaying vessels of the Vampire Coast! Run now – run hard and fast. For it is all you can do. 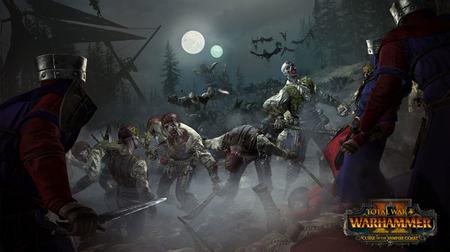 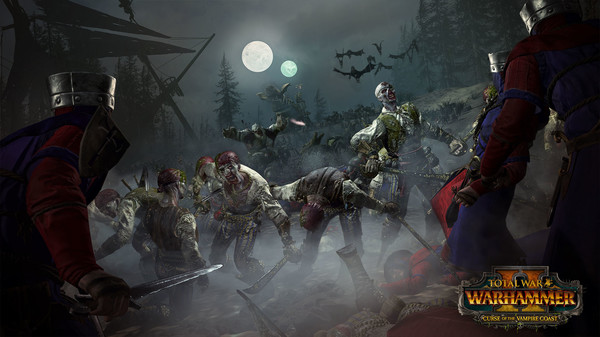 It was the undying lord Luthor Harkon that laid claim to a stretch of Lustria’s east coast. Ever since, it has been a domain where the dead stir, leading expeditions into the jungle interior or setting sail across the Great Ocean to commit wanton acts of piracy. But the insane Arch-Commodore Harkon is not the only unliving admiral who takes to the seas with pistol-armed crews of zombies, vampiric depth guard, syreens and mournguls… there are other pirate lords who command dreadfleets of their own, packed to the gunwales with crews press-ganged into eternal service.

These tyrants ply the seas seeking plunder of blood and gold. However, now that the vortex of Ulthuan weakens, the captains search for more than mere treasure… for the Star-Metal Harpoon lies in the deeps, a weapon powerful enough to bring the greatest Merwyrm of them all to heel! 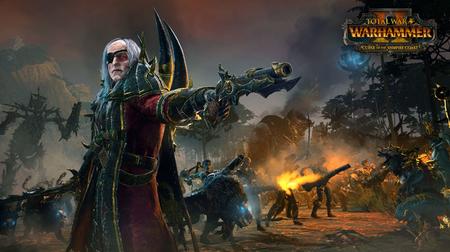 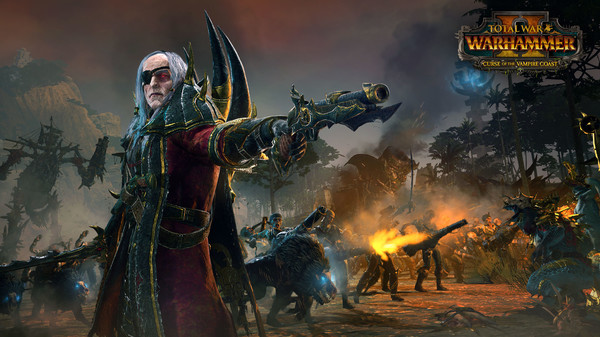 Campaign Pack Contains:
- 4 new Legendary Lords
- New School of Magic: The Lore of the Deep
- A suite of all-new campaign mechanics
- Unique upgradeable ships for each Legendary Lord
- Eight new Regiments of Renown
- Unique tech tree unlocking four unique Vampire Coast Lords
- Reward your undead Admirals with new Fleet Office Roles befitting their loyalty
- New roster: command towering constructs, ghastly pincered sea-beasts, ghoulish horrors and musket-wielding piratical zombie hordes in battle!
- Vampire Coast factions are playable in the Eye of the Vortex and Mortal Empires campaigns. They are not involved with the race for the Great Vortex however; they have agendas of their own… 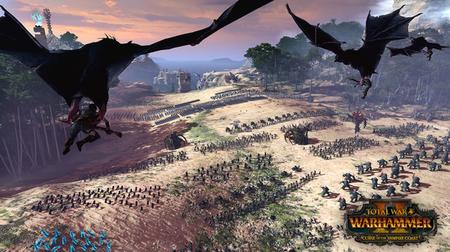 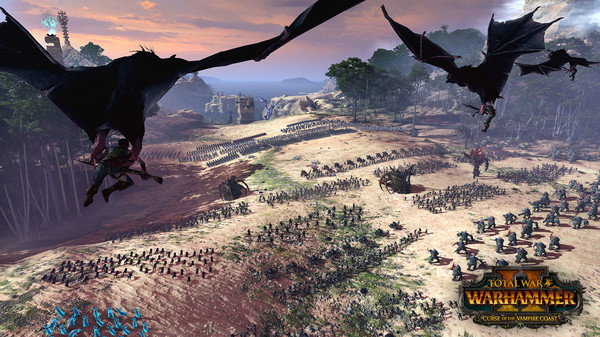