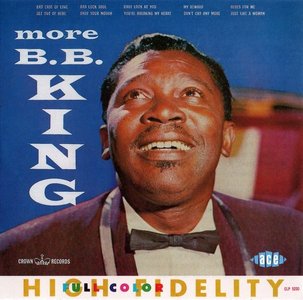 The seventh volume in Ace's ongoing mid-price series based on B.B. King's original Crown LPs with bonus tracks. "More B.B. King" was released in 1961 and is an entertaining mix of booting R&B, blues ballads and instrumentals, drawn primarily from the Kent singles of the period. The bonus tracks comprise eight related Kent singles that have mainly escaped the reissuers net. These are quality recordings orchestrated by the great Maxwell Davis. As always, there is an eye-catching front cover, while compiler John Broven supplies the explanatory background notes. 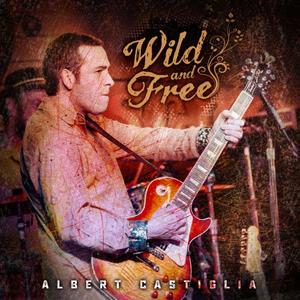 Gulf Coast Records is excited to announce the live release of Blues Guitar Extroidinaire, Albert Castiglia."Wild and Free" is aptly titled with Albert in full force on his Gibson Les Paul in front of a hometown audience. Produced by Mike Zito and recorded at the Funky Biscuit in Boca Raton, Florida - you can feel the energy and excitement in every passionate note Albert and the band fire up. 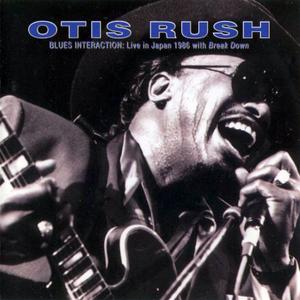 Blues Interaction - Live In Japan 1986 Is a 1986 live album by blues singer and guitarist Otis Rush. Recorded with local Japanese band Break Down, the album has been panned by many critics because of what was considered to be the backing band's rudimentary knowledge of blues music.[citation needed] Ironically, Rush has dual citizenship in the United States and Japan.[citation needed] His current wife is a native of the country. Originally the album was released in Japan only by P-Vine Records but was subsequently released in 1996 in the United Kingdom by Sequel Records. 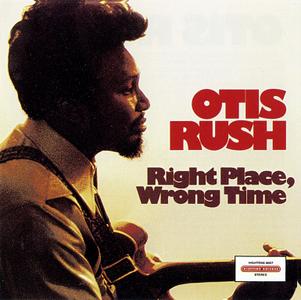 This recording session was not released until five years after it was done. One can imagine the tapes practically smoldering in their cases, the music is so hot. Sorry, there is nothing "wrong" about this blues album at all. Otis Rush was a great blues expander, a man whose guitar playing was in every molecule pure blues. On his solos on this album he strips the idea of the blues down to very simple gestures (i.e., a bent string, but bent in such a subtle way that the seasoned blues listener will be surprised). As a performer he opens up the blues form with his chord progressions and use of horn sections, the latter instrumentation again added in a wonderfully spare manner, bringing to mind a master painter working certain parts of a canvas in order to bring in more light. 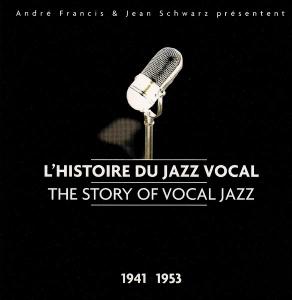 A chronological history of jazz vocal presented by André Francis and Jean Schwarz. 10 CDs with more than 12 hours of music.
The resulting 2 boxed sets of 10 CDs in each, unlike any other available today, groups together the main vocalists in the story of jazz from the first half of the 20th century. Each of these 20 CDs offers in more or less the same proportion, the purest of African-American song with gospel and blues singers, from truculent Ma Rainey to majestic Bessie Smith, sophisticated Sarah Vaughan to popular Louis Prima, the folk-related tones of Charlie Patton to the honeyed voice of Frank Sinatra. 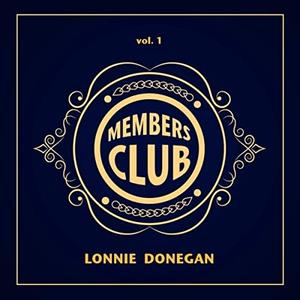 Lonnie Donegan - Members Club Lonnie Donegan Vol.1 (2020)
FLAC tracks | 02:08:18 | 536 Mb
Genre: Folk, Blues, Rock / Label: Allstar Recordings
Anthony James Donegan MBE (29 April 1931 – 3 November 2002), known as Lonnie Donegan, was a British skiffle singer, songwriter and musician, referred to as the "King of Skiffle", who influenced 1960s British pop and rock musicians. Born in Scotland and raised in England, he was Britain's most successful and influential recording artist before The Beatles.Donegan had 31 UK Top 30 single hits, 24 being successive and three at number one. He was the first British male singer with two US Top 10 hits. Donegan received an Ivor Novello lifetime achievement award in 1995 and, in 2000, he was made an MBE.
Details 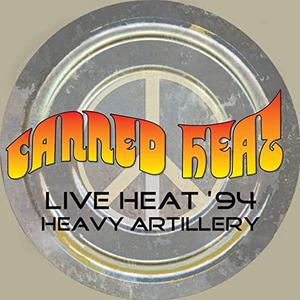 Canned Heat - Live Heat 94 - Heavy Artillery (2020)
FLAC tracks | 1:09:11 | 312 Mb
Genre: Blues, Rock / Label: Friday Rights Management, LLC
The music and attitude of Canned Heat attracted a large following and established the band as one of the popular acts of the hippie era. Canned Heat appeared at most major musical events at the end of the 1960s, performing blues standards along with their own material and occasionally indulging in lengthy 'psychedelic' solos. Two of their songs — "Going Up the Country" and "On the Road Again" — became international hits. "Going Up the Country" was a remake of the Henry Thomas song "Bull Doze Blues", recorded in Louisville, Kentucky, in 1927. "On the Road Again" was a remake of the 1953 Floyd Jones song of the same name, which is reportedly based on the Tommy Johnson song "Big Road Blues", recorded in 1928.
Details 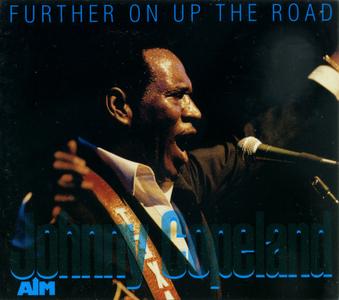 John Clyde Copeland was an American Texas blues guitarist and singer. Considering the amount of time he spent steadily rolling from gig to gig, Johnny "Clyde" Copeland's rise to prominence in the blues world in the early '90s wasn't all that surprising. A contract with the PolyGram/Verve label put his '90s recordings into the hands of thousands of blues lovers around the world. It's not that Copeland's talent changed all that much since he recorded for Rounder Records in the '80s; it's just that major companies began to see the potential of great, hardworking blues musicians like Copeland. Unfortunately, he was forced to slow down in 1995-1996 because of heart-related complications, yet he continued to perform shows until his death in July of 1997. In 1983, he was named Blues Entertainer of the Year by the Blues Foundation. He is the father of blues singer Shemekia Copeland. In 2017, Copeland was posthumously inducted in to the Blues Hall of Fame. 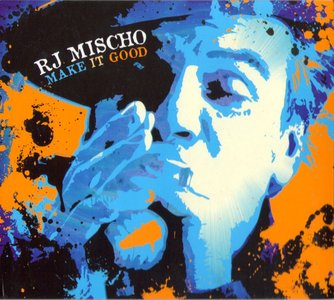 Renowned blues vocalist/harmonica player RJ Mischo gathers together a collection of top-tier talent from Austin, Texas for his Delta Groove debut featuring Nick Curran, Johnny Moeller, Nick Connolly, Ronnie James Weber and Wes Star, in addition to Richard Medek and his old pal Jeremy Johnson, who are also on board for a couple of lowdown songs recorded in St. Paul, Minnesota. Mischo conjures up some big blues and a little rock & roll for a hard-drivin', foot-stompin' good time on an album that consists entirely of 100% self-penned, original material. 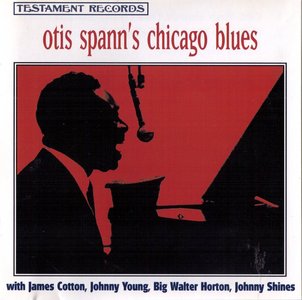 Recorded in 1965 and 1966, these 15 tracks are divided between solo piano performances and pieces with a full band, with support from guitarist Johnny Young and members of the Muddy Waters Band. The variation in approach means that this isn't the most consistent Spann album, and the material and performances don't rank among his best either, although they're reasonably solid. Includes some of the rare tracks on which Spann played organ rather than piano. 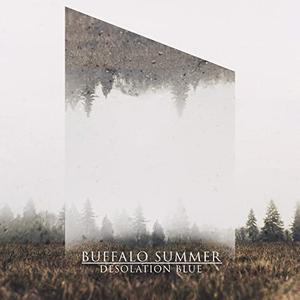 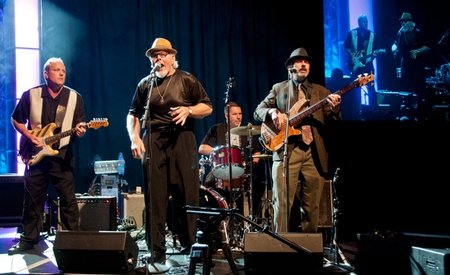 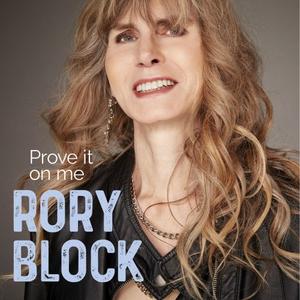 Rory Block - Prove It On Me (2020)
FLAC tracks / MP3 320 kbps | 41:24 | 95 / 246 Mb
Genre: Blues Folk / Label: Stony Plain Records
'Prove It On Me' is the second album from Rory Block's new Power Women of the Blues series. This recording celebrates the songs of nine ground-breaking female blues artists and includes one of her own originals. 'Prove It On Me' presents Rory's unique take on songs from phenomenal female performers and songwriters: Arizona Dranes, Elvie Thomas, Merline Johnson, Madlyn Davis, Helen Humes, Rosetta Howard, Lottie Kimbrough, Gertrude "Ma" Rainey and Memphis Minnie. Rory's goal for this release was to spotlight some of the more obscure names of the genre, some of whom did not become widely known "despite their immense talent". All songs are given the "Rory Block Band" treatment, while showcasing their own individual style and contribution to the genre.
Details 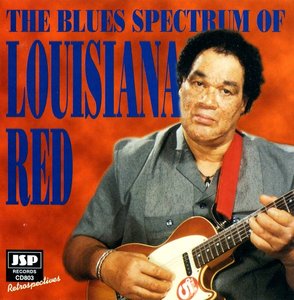 Louisiana Red is now due his rightful place as one of the giants of the blues scene. He has a stunningly intense and eclectic guitar style straight from the deep Mississippi. This disc is a representation of the various settings and approaches he took for the JSP label over the space of many years. 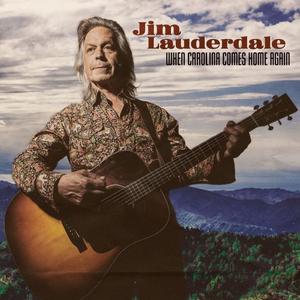