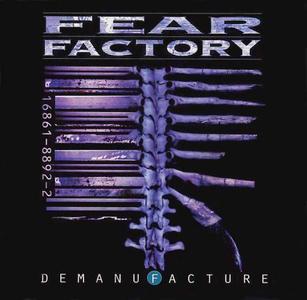 Demanufacture is the second studio album by American industrial metal band Fear Factory, released on June 13, 1995 by Roadrunner Records. Burton C. Bell wrote the majority of the lyrics and Dino Cazares wrote all the music. This is the band's first album with their classic line-up; adding new bassist Christian Olde Wolbers. Many regard it as the band's best album and a heavy metal classic. The album was certified Gold in Australia by ARIA and Silver in the UK by the BPI. Demanufacture is a concept album about a man's struggles against a machine-controlled government, with each song a chapter in his life. The band stated the album took its inspiration from the movie The Terminator.

Experimental, innovative English electronic outfit that formed in the 1970s, and stand as major pioneers of industrial and dance music. Series of best-of compilations for the band including The Original Sound of Sheffield '78/'82 and '83/'87. 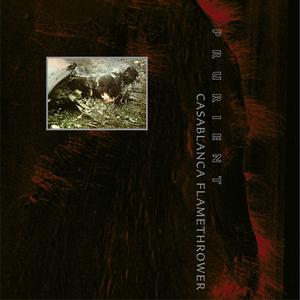 Casablanca Flamethrower is the 2020 album by Dominick Fernow, who is primarily known as Prurient. For this effort, he returns to his noisy experimental ways. This was released in Germany by Tesco Organisation.
2020 Dark Ambient Industrial Lossless MP3 CBR 320 kbps Neofolk Noise Power Electronics Prurient
Details 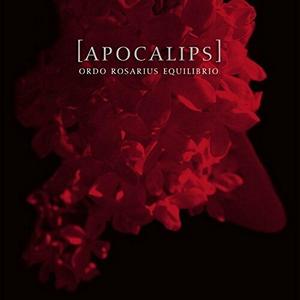 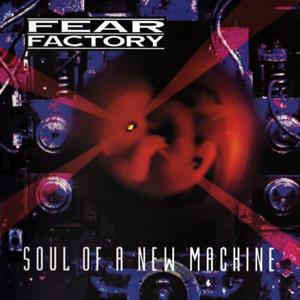 Soul of a New Machine is the debut studio album by American heavy metal band Fear Factory, released on August 25, 1992 by Roadrunner Records. Although this record was Fear Factory's first studio album to be released, it was actually their second album to be recorded, after Concrete, which was recorded in 1991 but not released until 11 years later. The album was remastered and re-released on October 5, 2004 in a digipak, packaged together with the remastered Fear Is the Mindkiller EP. 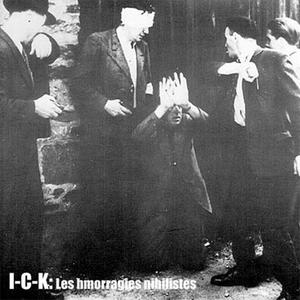 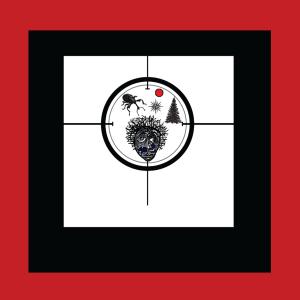 It’s been “Red Summer” for over a hundred years. While the term “Red Summer” typically refers to the race-driven violence in the Summer of 1919 across the United States, its repercussions, its vocabulary can be felt or heard on every corner of every street. In Chicago, it has a special significance, as Chicago was one of two catalysts for that era’s violence, exploded by invisible racial borders along the South Side, a phenomenon that exists today, constantly considered by long-running gospel industrial band ONO. 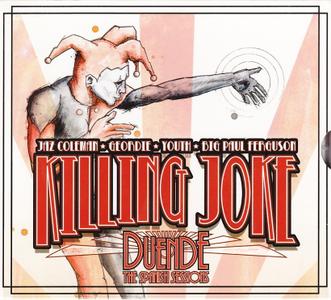 2008 live session recorded at KJ bassist Youth's studio in Granada, Spain . This was the first time that the original line-up (Jaz Coleman, Geordie, Youth and Big Paul Ferguson) had played together since 1982, in preparation for their 2008 world tour. Born during the Post-Punk movement of the late '70s, KJ's often erratic and convoluted career has done nothing to damage their reputation, which is reflected in the respect they now receive. 14 tracks including 'Requiem', 'Tension', 'Eighties', 'Love Like Blood' and more. 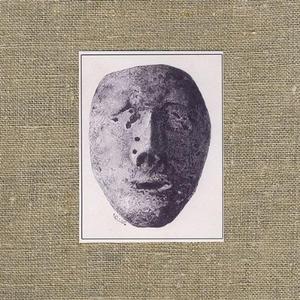 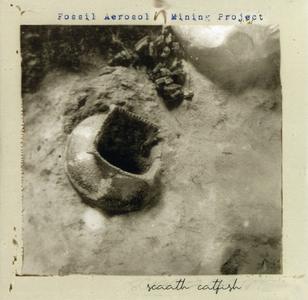 Songs about the river are a common trope in the history of music. Psalms of being cleansed, being baptized, being redeemed. There are ballads of murder, lost love, jealousy, and all sorts of rank human emotion reflected in the surface of the water. Respect, praise, and worship of the river are other themes often channeled through music as well. Even in the realm of ambient music, digital mimesis of the aquatic is commonplace. Fossil Aerosol Mining Project, in their ongoing archaeological approach to a post-industrial sound design, offers their own variant on this topic with considerable differences. It is not only the sediment, the debris, the waste, the scum, the mud, and the rot that are the source materials in Scaath Catfish, but also what is preserved in those elements and new forms of life fostered in this conceptual framework. 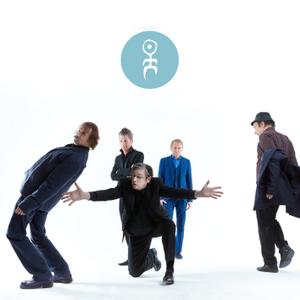 After more than 12 years, Einstürzende Neubauten’s long-awaited new studio album Alles In Allem is finally released. The album marks the quintessence of the band’s output, opening yet another unexpected door in 40 years of ongoing sound research bya very experimental group of musicians around Blixa Bargeld. This band, like nearly no other, has managed to create a musical cosmos. It has, in fact, built up its own genre by uniquely combining edgy sound with sophisticated poetry. Appropriately, in the Year of the Rat – the symbol of ingenuity and versatility according to the Chinese zodiac – the band is not resting on the laurels of its last four decades. 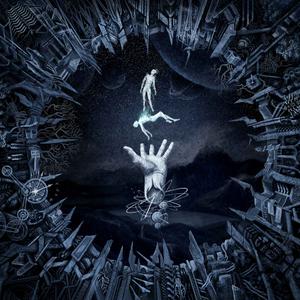 18 years have passed since AND OCEANS delighted us with their last album "Cympher". A lot has changed since then, but one thing remains, and that is the exceptional musical ability, which is reflected in the music of AND OCEANS The fumes of Scandinavian black metal were poisoning the air and the second wave of black metal had taken a new form. …AND OCEANS emerged in this scene in 1995, with an exceptional and unique symphonic approach to the music. Still seeking the musical path to take, the Finns delivered a few demos before signing to Season of Mist shorty after. …AND OCEANS’ new album ‘Cosmic World Mother’, sees the Finnish metal outfit return to a ferocious black metal sound, combined with industrial and symphonic influences. The songs are bristling with creativity and energy, intertwining the …AND OCEANS sound with elements from the different projects the musicians have played in over the years. 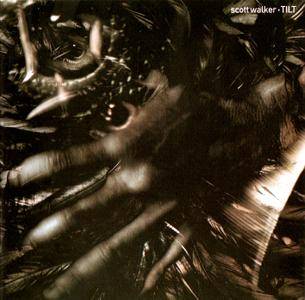 Tilt was Scott Walker's first album following over a decade of silence, and whatever else he may have done during his exile, brightening his musical horizon was not on the agenda. Indescribably barren and unutterably bleak, Tilt is the wind that buffets the gothic cathedrals of everyone's favorite nightmares. The opening "Farmer in the City" sets the pace, a cinematic sweep that somehow maintains a melody beneath the unrelenting melodrama of Walker's most grotesque vocal ever. Seemingly undecided whether he's recording an opera or simply haunting one, Walker doesn't so much perform as project his lyrics, hurling them into the alternating maelstroms and moods that careen behind him. The effect is unsettling, to put it mildly. At the time of its release, reviews were undecided whether to praise or pillory Walker for making an album so utterly divorced from even the outer limits of rock reality, an indecision only compounded by its occasional (and bloody-mindedly deceptive) lurches towards modern sensibilities. "The Cockfighter" is underpinned by an intensity that is almost industrial in its range and raucousness, while "Bouncer See Bouncer" would have quite a catchy chorus if anybody else had gotten their hands on it. Here, however, it is highlighted by an Eno-esque esotericism and the chatter of tiny locusts. 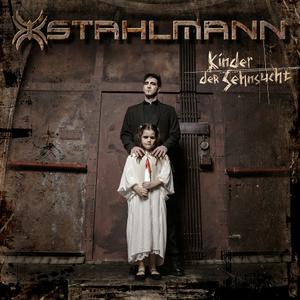 Kinder Der Sehnsucht is the latest offering from the German band, Stahlmann. In the vein of that other German band who sing in their own tongue, Rammstein, Kinder Der Sehnsucht (translated as Children’s Longing) is a good, solid album. The beats are grooving, the guitars blasting and the almost spoken lyrics in German give it that real grungy feel. 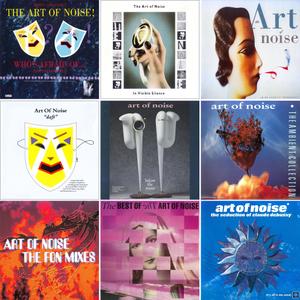 The Art Of Noise - Albums Collection 1984-1999 (9CD)
EAC | FLAC | Image (Cue&Log) ~ 2.58 Gb | Mp3 (CBR320) ~ 1.21 Gb | Scans included
Experimental Electronic, Experimental Rock, Synthpop, Art Pop, Dance-Rock, New Wave
Art of Noise (also The Art of Noise) were an English avant-garde synth-pop group formed in early 1983 by engineer/producer Gary Langan and programmer J. J. Jeczalik, along with arranger Anne Dudley, producer Trevor Horn and music journalist Paul Morley. The group had international Top 20 hits with "Kiss" and the instrumental "Peter Gunn", which won a 1986 Grammy Award. The group's mostly instrumental compositions were novel melodic sound collages based on digital sampler technology, which was new at the time. Inspired by turn-of-the-20th-century revolutions in music, the Art of Noise were initially packaged as a faceless anti- or non-group, blurring the distinction between the art and its creators. Collection includes: (Who's Afraid Of?) The Art Of Noise! (1984); In Visible Silence (1986); In No Sense? Nonsense! (1987); Below The Waste (1989); The Ambient Collection (1990); The FON Mixes (1991); The Seduction Of Claude Debussy (1999).
Art Pop Collection Dance-Rock Discography Experimental Electronic Experimental Rock New Wave Synthpop The Art Of Noise
Details
Publication archive