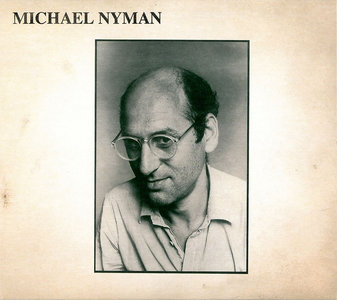 Michael Nyman is the third album release by Michael Nyman and the second with the Michael Nyman Band, having previously contributed tracks to new music compilations. Most of the music on Michael Nyman was material from the early films by Peter Greenaway such as "Bird Anthem" (Act Of God) and "Bird List Song" (The Falls). The album also includes his first concert work for the band, "In Re Don Giovanni" which was released as a single on Les Disques du Crepuscule (home of Cabaret Voltaire, Durutti Column and Josef K amongst others) under the title Mozart. The most groundbreaking track on Michael Nyman, however, is "Waltz in F", a piece Nyman wrote for art students whilst teaching at Trent Polytechnic in 1977, Nyman subsequently commandeering two modern jazz improvisers, Evan Parker and Peter Brotzman, to "destroy" this piece. Ultimately, Parker and Brotzman ended up playing over and around ten separate tracks whilst Nyman and Cunningham mixed in their Waltz. 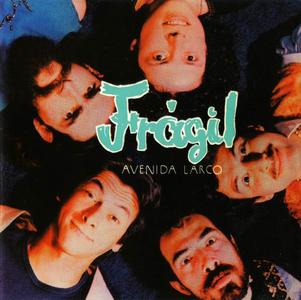 The Peruvian progressive rock band Frágil was founded in 1976 and gained quite huge success back then. Bands such as Genesis and Yes inspired them, and they took their name from the Yes album "Fragile" (1972). Fragil have released four albums and this is a re-edition of their first album "Avenida Larco" from 1981. Their sound is very beautiful, often dreamy and dominated by typical 80's sounding polyphonic synthesisers and lyrics in Spanish. 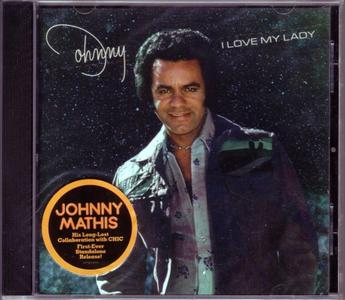 "I Love My Lady" is an album by American pop singer Johnny Mathis that was completed in 1981 but not released in its entirety until December 8, 2017, when it was included in the box set "The Voice of Romance: The Columbia Original Album Collection". It was written and produced by Chic founders Bernard Edwards and Nile Rodgers and represented an attempt at shifting away from the easy listening style of music that Mathis had been recording for 25 years to the more contemporary sound of the team behind "Le Freak" and "We Are Family". As part of Record Store Day on April 21, 2018, Legacy Recordings gave I Love My Lady its standalone debut with a pressing on clear smoke vinyl. 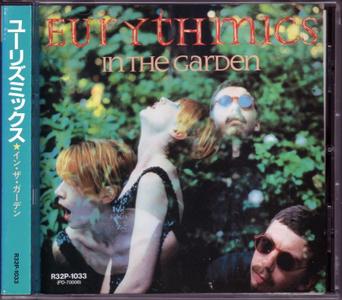 Eurythmics - In The Garden (1981) [1986, Japan, 1st Press]
Rock, Dance-Rock, Post-Punk, New Wave | EAC Rip | FLAC, Img+CUE+LOG+Scans (PNG) | 39:37 | 558,13 Mb
Label: RCA/RVC Corporation (Japan) | Cat.# R32P-1033 | Released: 1986-05-15 (1981-10-16)
"In the Garden" is the debut studio album by the British new wave duo Eurythmics. It was released on 16 October 1981 by RCA Records. It was co-produced with 'krautrock' producer Conny Plank, at his studio in Cologne, and featured numerous guest musicians including Blondie drummer Clem Burke, Deutsch Amerikanische Freundschaft drummer Robert Görl, and Can duo Holger Czukay and Jaki Liebezeit. Plank had previously worked with the duo whilst they were in their previous band The Tourists. Two singles were released from the album in the UK, "Never Gonna Cry Again" and "Belinda". Neither the album nor the singles achieved much commercial success, although "Never Gonna Cry Again" charted at #63 in the UK singles chart.
Rock Dance-Rock Post-Punk New Wave lossless FLAC CD-Rip Japan 1981
Details 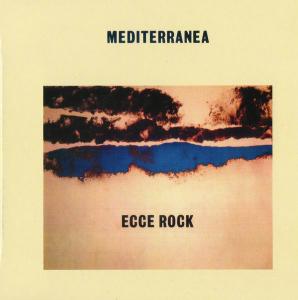 Mediterranea only released an LP in 1981, which nowadays is particularly rare and sought after by foreign collectors. Coming from Caserta, this trio was formed in 1978 and led by guitarist Fausto Mesolella before his huge success until nowadays with the well-known band Avion Travel. Together with him where Pasquale Ziccardi (later on bass player for the legendary NCCP) and Agostino Santoro on drums. The album is really great and contains 9 all-instrumental tracks, but being released in a period where progrock was not fashionable at all. Nevertheless it was noticed by a Japanese label that printed it in the land of the rising sun, but with a totally different cover… 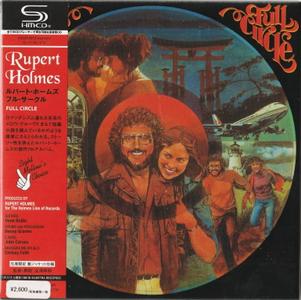 Rupert Holmes - Full Circle (1981) [2010, Japanese SHM-CD]
Pop/Rock, Soft Rock, Singer-Songwriter | EAC Rip | FLAC, Tracks+CUE+LOG+Scans (PNG) | 37:50 | 282,91 Mb
Label: Elektra/Vivid Sound (Japan) | Cat.# VSCD-3512 (WQCP-874) | Released: 2010-12-22 (1981)
His fans didn’t know it at the time, but Holmes did indeed come full circle with 1981’s Elektra LP, and it would turn out to be his last word in pop/rock songwriting for over a decade. Holmes tells of being encouraged to return to an orchestrated style for this offering, and so “The End” (reaching #31 on the AC chart) does just that. “Loved by the One You Love,” like the previous album’s “Blackjack,” stalled at #103 on the pop chart, despite having the same infectious pop quality as “Him” or “Escape.” A theme of romance permeated the album, and the open-hearted “One Born Every Minute” (one love, not one sucker, contrary to P.T. Barnum’s belief) remains a favorite of its songwriter.
1981 CD-Rip FLAC lossless Pop/Rock Remastered SHM-CD Singer-Songwriter Soft Rock
Details 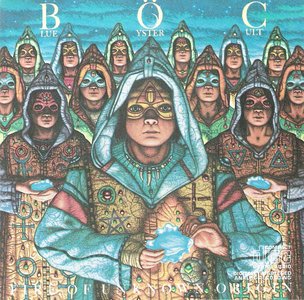 Blue Öyster Cult - Fire Of Unknown Origin (1981) {198x Columbia}
EAC Rip | FLAC with CUE and log | scans | 274 mb
MP3 CBR 320kbps | RAR | 114 mb
Genre: hard rock, pop rock, classic rock
Fire Of Unknown Origin is the 1981 album by Blue Öyster Cult. This features the massive hit "Burnin' For You", plus "Veteran Of The Psychic Wars", "Heavy Metal: The Black And Silver" and "Joan Crawford." This is the second CD pressing, with the "triangle in circle" below the "Compact Disc Digital Audio" logo on the right side of the disc. This was released most likely in 1989 on Columbia, perhaps in 1990.
Blue Öyster Cult Hard Rock 1981 New York Lossless MP3 CBR 320 kbps Pop Rock
Details 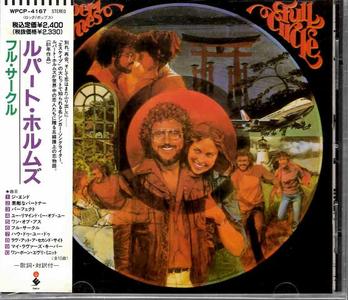 Rupert Holmes - Full Circle (1981) [1991, Japan]
Pop/Rock, Soft Rock, Singer-Songwriter | EAC Rip | FLAC, Img+CUE+LOG+Scans (PNG) | 37:50 | 378,97 Mb
Label: Elektra/Warner-Pioneer Corporation (Japan) | Cat.# WPCP-4167 | Released: 1991-03-10 (1981)
His fans didn’t know it at the time, but Holmes did indeed come full circle with 1981’s Elektra LP, and it would turn out to be his last word in pop/rock songwriting for over a decade. Holmes tells of being encouraged to return to an orchestrated style for this offering, and so “The End” (reaching #31 on the AC chart) does just that. “Loved by the One You Love,” like the previous album’s “Blackjack,” stalled at #103 on the pop chart, despite having the same infectious pop quality as “Him” or “Escape.” A theme of romance permeated the album, and the open-hearted “One Born Every Minute” (one love, not one sucker, contrary to P.T. Barnum’s belief) remains a favorite of its songwriter.
1981 CD-Rip FLAC Japan lossless Pop/Rock Singer-Songwriter Soft Rock
Details 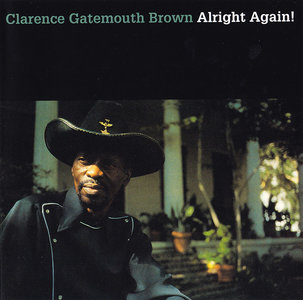 One of the most satisfying contemporary Brown discs of all for the discerning blues fan. Nothing but swinging, horn-abetted blues adorn this album, as Gate pays tribute to an influence and a protege by covering T-Bone Walker's "Strollin' with Bones" and Albert Collins's "Frosty." Brown's jauntily revives Junior Parker's "I Feel Alright Again" and Percy Mayfield's "Give Me Time to Explain," while his own numbers – a funky "Dollar Got the Blues," the luxurious blues "Sometimes I Slip" – are truly brilliant. 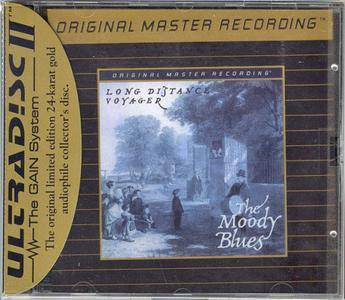 Progressive rock bands stumbled into the '80s, some with the crutch of commercial concessions under one arm, which makes the Moody Blues' elegant entrance via Long Distance Voyager all the more impressive… 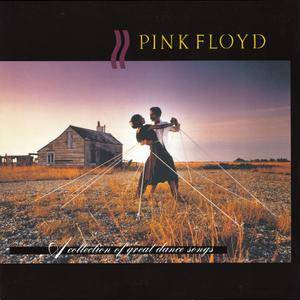 Anyone who knew anything about Pink Floyd knew that a dance band they were not, so this compilation, courtesy of Columbia Records, was intended ironically… 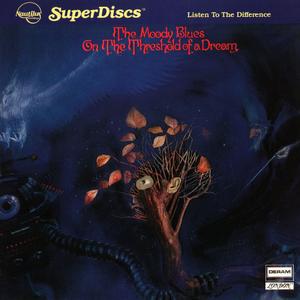 On the Threshold of a Dream was the first album that the Moody Blues had a chance to record and prepare in a situation of relative calm, without juggling tour schedules and stealing time in the studio between gigs – indeed, it was a product of what were almost ideal circumstances, though it might not have seemed that way to some observers… 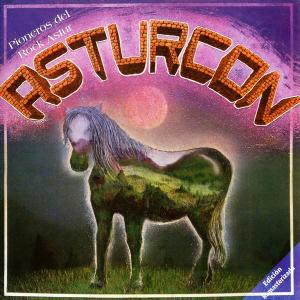 Asturcon was a band based in the Asturias region of Spain, and was formed sometime in the second half of the 70's as the creative vehicle of composer and multi-instrumentalist Victor Carrizo, taking the band name from a race of local horses. Blending elements from local and celtic folk music with symphonic art rock was the stylistic expression pursued; according to the critics with a fair degree of success, in particular on the longer creations on this production. The sound is akin to Mike Oldfield from his "QE2" period, and there are Latino guitars and bagpipes that create a very strong sense of place especially in a European sense. 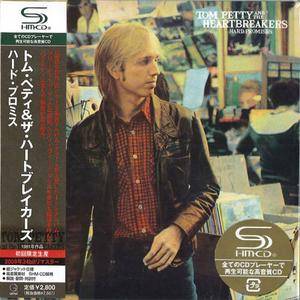 Damn the Torpedoes wasn't simply a culmination of Tom Petty's art; it happened to be a huge success, enabling him to call the shots on its successor, Hard Promises. Infamously, he used his first album as a star to challenge the record industry's practice of charging more for A-list artists, demanding that Hard Promises should be listed for less than most records by an artist of his stature, but if that was the only thing notable about the album, it would have disappeared like Long After Dark… 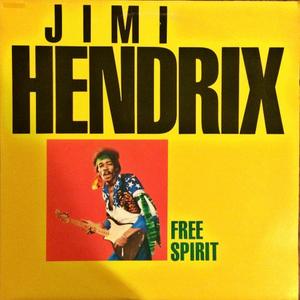 This budget LP, which Accord put out in 1981, reminds us just how frustrating inadequate liner notes can be. The liner notes briefly discuss the rise of the Jimi Hendrix Experience and Hendrix's tremendous influence on rock, but they don't tell you anything at all about the material on the LP…