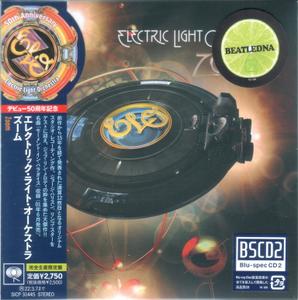 Zoom is the twelfth studio album by British symphonic rock band Electric Light Orchestra (ELO), released on 12 June 2001 on Epic Records. Zoom was recorded primarily by Jeff Lynne alone, with guest musicians that included George Harrison and Ringo Starr. It was one of Harrison's last recordings before his death. The only other ELO member appearing on the album, Richard Tandy, appears on the opening track and performed live in promotional concerts. The album was the band's first release of new material since Balance of Power, released in 1986. 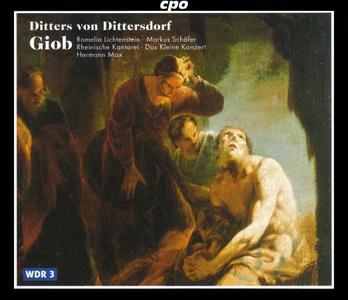 After listening to this inspired oratorio, it’s clear why Carl Ditters von Dittersdorf was recognized in his day as Franz Joseph Haydn’s primary competitor. It’s a lovely work, loaded with drama, style, and expertly crafted instrumental and vocal writing. From the dramatic dotted rhythms and churning string sequences of the overture to the resounding spirited choral fugue finale, Dittersdorf’s music masterfully propels his grandiose subject matter, commanding attention more profoundly than any recorded vocal/choral work in recent memory (and this one’s more than two and a half hours long!). 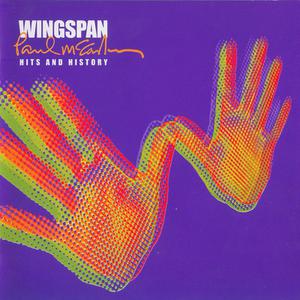 Paul McCartney always got the short end of the stick when he was in the Beatles and again in the '70s, as he and his erstwhile partner John Lennon pursued solo careers. McCartney was attacked for his virtues – for his melodicism and his domesticity, along with his desire to form a real touring band following the Beatles… 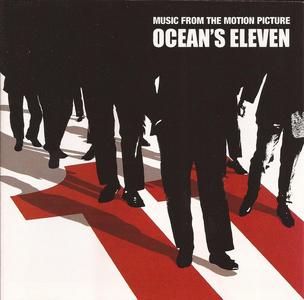 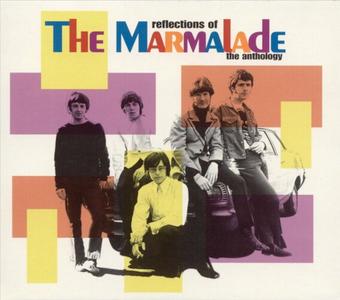 The Marmalade - Reflections Of… The Anthology (2CD) (2001) {Castle Music}
WEB Rip | FLAC with Audiochecker | scans |
MP3 CBR 320kbps | RAR | mb
Genre: pop rock, soft rock
Reflections Of The Marmalade: The Anthology is a 2001 2CD compilation of the works of Scottish pop rock band The Marmalade. It features early material when they were Dean Ford & The Gaylords before they began having significant hit songs in the 1960's and 1970's. This was released by Castle Music.
2001 Compilation Lossless MP3 CBR 320 kbps Pop Rock Scotland Soft Rock The Marmalade Various Artists
Details 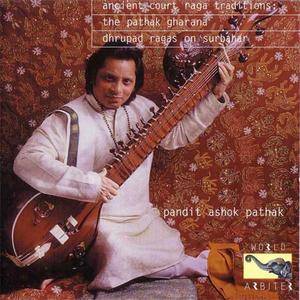 Pandit Ashok Pathak - Ancient Court Raga Traditions: The Pathak Gharana (2001) {World Arbiter}
EAC Rip | FLAC with CUE and log | scans | 323 mb
MP3 CBR 320kbps | RAR | 169 mb
Genre: Indian classical, world
For this compact disc, Pandit Ashok Pathak plays an Indian instrument called a surbahar, or what some will call a bass sitar. Just as saxophones have an alto, tenor, and baritone, the surbahar is a lower sounding version of a regular sitar and gives a distinctive sound. Ancient Court Raga Traditions: The Pathak Gharana is a compact disc with only two songs, each lasting 36 minutes each. Joining him on this are Priyadarshani Pathak and Sivranjani Pathak, both on tampuras. The CD was originally released in 2001, reissued in 2003 by World Arbiter.
Lossless World Pandit Ashok Pathak India Indian Classical 2001 MP3 CBR 320 kbps
Details 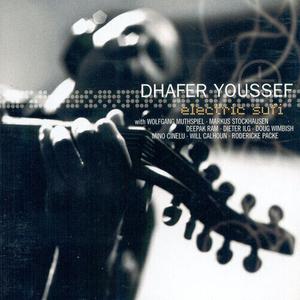 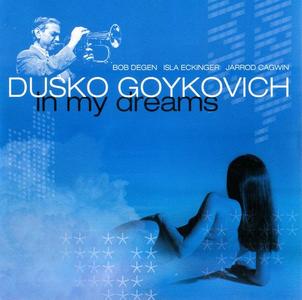 This is a dreamy little set from Duško Gojković, one that focuses on his overlooked talents for laidback ballads, as one might guess from the cover and title. Dedicated mostly to soft ballad moods, In My Dreams combines Gojković’s warm and melancholy playing with the somewhat modernistic and angular approach of astonishing, but largely overlooked American pianist Bob Degen, known for his work with Art Farmer, Dexter Gordon, Paul Motian, Albert Mangelsdorff, Buddy DeFranco and Heinz Sauer. This thrillingly unusual team is completed by Isla Eckinger, one of Europe’s most prolific bass players, and young American drummer Jarrod Cagwin who can make even complex rhythms sound simple and natural as he proves in Rabih Abou-Khalil’s band… 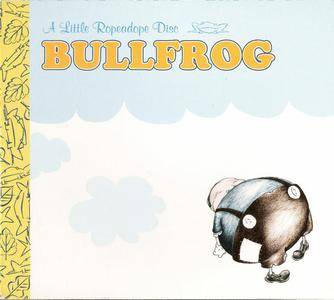 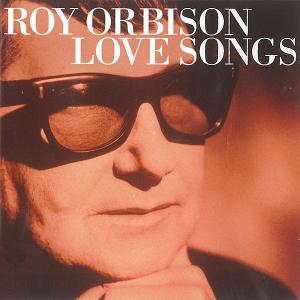 Roy Orbison - Love Songs (2001)
EAC Rip | FLAC (tracks, cue, log) - 773 MB | MP3 CBR 320 kbps - 282 MB
2:03:33 | Vocal, Ballad, Pop | Label: Virgin
Since the "Love Songs" type of compilation has become so common (especially in the run-up to Valentine's Day), it's worth noting that this one, dedicated to the Monument Records recordings of Roy Orbison from the first half of the 1960s, is a cut above the usual. True, it's a discount-priced release running only about the length of an old LP (36-plus minutes). But compilation producer Nick Shaffran has made a good choice of Orbison hits with romantic themes (eschewing rockers like "Oh, Pretty Woman"), including nine of the singer's 19 Top 40 hits for Monument, along with five good B-sides and LP tracks such as Orbison covers of "Love Hurts" and "All You Have to Do Is Dream."
Roy Orbison Vocal Ballad Pop 2001 Lossless FLAC MP3
Details 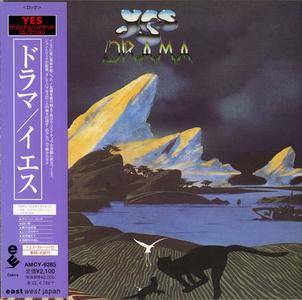 For this one album, ex-Buggles Geoffrey Downes and Trevor Horn were drafted in to replace Jon Anderson and Rick Wakeman. It rocks harder than other Yes albums, and for classically inclined fans, it was a jarring departure; but it was a harbinger of Yes and Asia albums to come. A newly emboldened Chris Squire lays down aggressive rhythms with Alan White, and Steve Howe eschews his usual acoustic rags and flamenco licks for a more metallic approach, opting for sheets of electric sound… 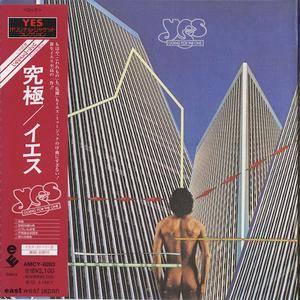 Going for the One is perhaps the most overlooked item in the Yes catalog. It marked Rick Wakeman's return to the band after a three-year absence, and also a return to shorter song forms after the experimentalism of Close to the Edge, Tales from Topographic Oceans, and Relayer… 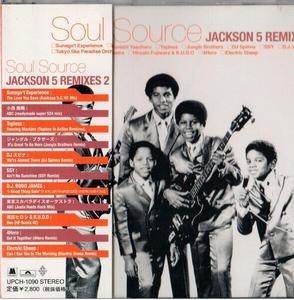 VA - Soul Source: Jackson 5 Remixes 2 (2001) {Motown Japan}
WEB Rip | FLAC (no CUE or log) | scans | 357 mb
MP3 CBR 320kbps | RAR | 118 mb
Genre: soul, electronica, trip hop
Soul Source: Jackson 5 Remixes 2 is the sequel to the first volume of J5 remixes released in 2000 by Motown Japan. Like the first one, this features a mixture of Japanese producers along with artists known in the "western" world, including the Jungle Brothers, DJ Spinna, and 4Hero. Just like the first volume which featured one song that was not a proper remix, the Jungle Brothers contribution is a cover of "It's Great To Be Here", done without their trademark rapping.
Electronica Soul Trip-Hop VA R&B Remixes Compilation Various Artists 2001 Lossless MP3 CBR 320 kbps
Details 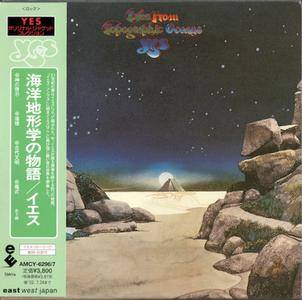 Four decades after its release, this is still the most controversial record in Yes' output. Tales from Topographic Oceans was the place where Yes either fulfilled all of the promise shown on their previous five albums or slid off the rails in a fit of artistic hubris, especially on the part of lead singer Jon Anderson and guitarist Steve Howe, who dominated the composition credits here… 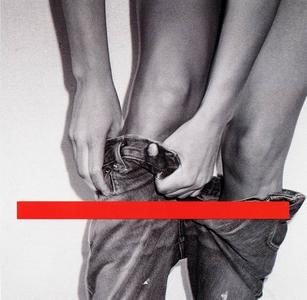 "Crystal" was released on 13 August 2001 as the first single from their seventh studio album, Get Ready (2001). It entered the UK Singles Chart at number eight, attracting considerable attention and critical praise as the band's comeback single, their first original since 1993.
Rising from the ashes of the legendary British post-punk unit Joy Division, New Order triumphed over tragedy to emerge as one of the most acclaimed bands of the 1980s; embracing the electronic textures and disco rhythms of the underground club culture many years in advance of its contemporaries, the group's pioneering fusion of new wave aesthetics and dance music successfully bridged the gap between the two worlds, creating a distinctively thoughtful and oblique brand of synth pop appealing equally to the mind, body, and soul.