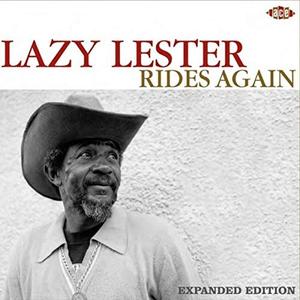 The prime of Lazy Lester's recording career was his stint for Excello Records in the 1950s and '60s, and he hadn't recorded in the studio for quite some time when the Rides Again album was cut in England over the course of four days in late May 1987. You wouldn't say this is a peak of his work by any means, but if you accept that he couldn't be reasonably expected to replicate the magic of his vintage swamp blues with producer J.D. Miller, it's fairly decent. Lester himself is in good voice and blows the harmonica well on a set mixing remakes of Miller-era material with newer songs. 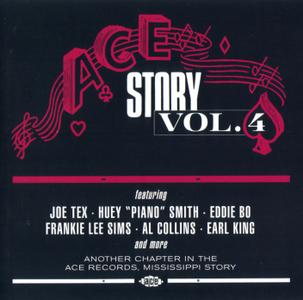 
The five original volumes of “The Ace (MS) Story” were part of the backbone of our catalogue during our early days. They disappeared for a long while after our licensing agreement with Johnny Vincent expired, but we were delighted to restore three of the original five to catalogue in 2010 and 2011. Judging by their sales figures, we were not the only ones to be delighted. 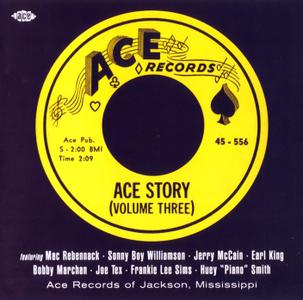 In revisiting the strength and depth of Johnny Vincent’s original Ace imprint, and its subsidiaries Rex and Vin, what’s immediately obvious is the quality of the often freewheeling studio musicians who recorded for the label. With rampant saxes and rolling pianos, more than likely anchored by Earl Palmer’s tight drumming, the Ace ensembles hit the button every time with their rocky, earthy tracks. 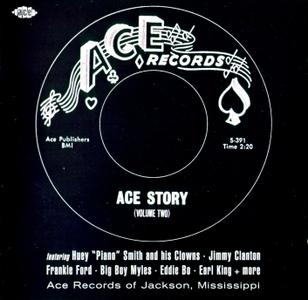 To clear up a couple possible points of confusion about this 2010 release: although it came out on the British Ace label, it's actually a compilation of material that came out on the American Ace label between the mid-'50s and mid-'60s (with the exception of a couple cuts that didn't appear until the early '70s). Also, it's not identical to the 12-track LP titled The Ace Story, Vol. 2 that came out in the '70s. This edition adds 12 bonus tracks, making it a more comprehensive sampler of the label's rock and R&B. 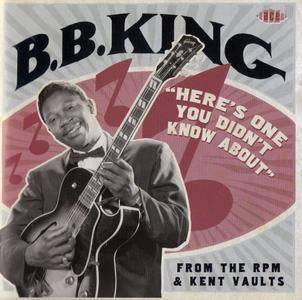 The great bluesman B.B. King, who died in 2015, was one of the few artists whose every note was of interest. This 25-track CD of mostly previously unissued recordings are drawn from his sessions for Modern Records between 1954 and 1962. Be Careful Baby is a rare thing a B.B. King song that has never been released before in any version, while two tracks appeared on Ace's 2014 RPM compilation Speak Easy. The version of Catfish Blues is from a completely different session to the familiar issued version and from B.B.'s commentary appears to be the version he played on the road. There are many comments from B.B. and the band which provide an insight into the recording process and B.B.'s relaxed and informal manner in the studio. The CD ends with a previous unheard interview, recorded backstage at the Fillmore Ballroom in San Francisco with radio station KSAY at the 10/10 spot on your dial. All tracks are from the original master tapes. 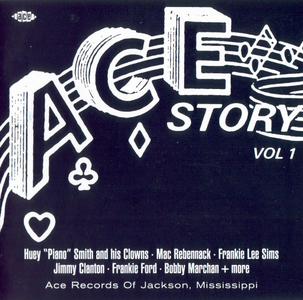 With five separate volumes, Ace Story is the most comprehensive portrait of the seminal New Orleans R&B record label. Over the course of the series, each of the label's hits are featured, including "Sea Cruise," "Rockin' Pneumonia," and "Pop Eye," among others, as well as many lesser-known gems. During the late '50s and early '60s, Ace's roster featured such R&B giants as Huey "Piano" Smith, Eddie Bo, Joe Tex, Lightnin' Hopkins, Charles Brown, Amos Milburn, and Earl King; each artist is featured on at least one disc of Ace Story, along with several acts that didn't have hits, but recorded some outstanding tracks. Start with the first volume, then proceed to the other discs; every one is filled with timeless R&B. 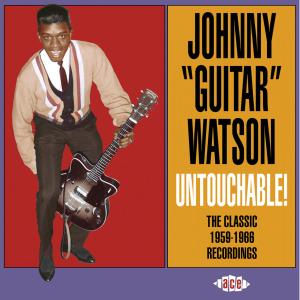 Veteran photographer Brian Smith has good reason to remember the night of 3 April 1965 that R&B legend Johnny “Guitar”’ Watson played Manchester’s Twisted Wheel club, with sidekick- Larry Williams, “It was the first time I took out my wife [39 years married, last June] - though I still stuck to the job in hand and buggered off to the ‘Wheel All-Nighter’ after I had put her on the bus home. I got a few decent black and whites on at Twisted Wheel, and then a couple at the Princess Club, same week: on stage, and some posed too.” 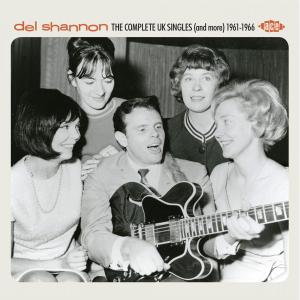 Del Shannon’s formidable hit list qualifies him as one of the truly great artists of the 1960s. Del made #1 on both sides of the Atlantic with his first 45, ‘Runaway’, and for the next few years he delivered the chart goods again and again with some of the best singles ever made – most of which he wrote or co-wrote. This new Ace set is, we believe, the first to present Del’s UK 45s, as released between 1960 and 1966, in the order they appeared here and in the same couplings used on the original London and Stateside pressings (which often differed from their US counterparts). 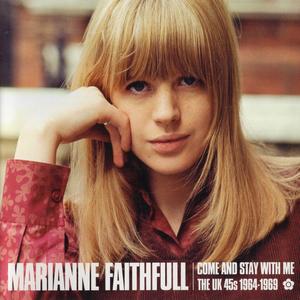 The A and B-sides of the ten singles Marianne recorded for UK Decca between 1964 and 1969, plus her ‘Go Away From My World’ EP for good measure. All tracks are in authentic mono, just like the actual 45s and mastered from the best possible sources, including some fresh Abbey Road transfers of the original tapes. 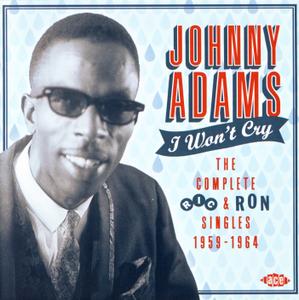 Ace's 2015 compilation I Won't Cry: The Complete Ric & Ron Singles 1959-1964 covers familiar territory but in an appealingly thorough fashion. Adams had only one nationally charting hit on Ric or Ron – "A Losing Battle," which went to 27 in 1962 – but they were popular in his native New Orleans and over the years remained favorites of fans of Crescent City soul. Adams tended to be a little smoother than a lot of his Big Easy contemporaries: there's a recognizable NO lilt to some of the songs, but he was more of a crooner, sounding equally comfortable on dramatic ballads and lusher pop crossovers.