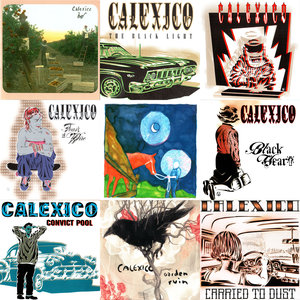 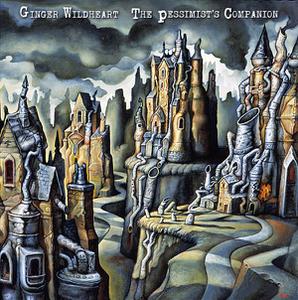 CD of Ginger’s brand new solo album, The Pessimist’s Companion, the follow-up to “Ghost In The Tanglewood”. 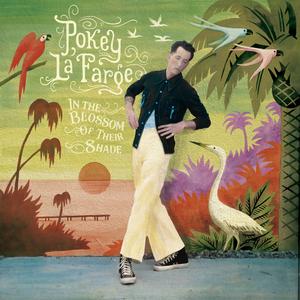 Pokey LaFargeʼs 7th studio solo album, In the Blossom of Their Shade, showcases the positivity of coming out of the darkness and into the light. When the 2020 global pandemic hit, LaFargeʼs rigorous work ethic powered him through the potentially challenging creative period. As days became a couple months, songs blossomed from embryonic ideas into full-formed ones and he was ready to move on, which typified his mindset as a working artist. With this record LaFarge captures the thematic notion of being the perfect summer afternoon soundtrack…the type of music you want to listen to while having a cocktail with your significant other. It makes sense musically as well — LaFarge intentionally crafted songs that created space and have melodies that can glide throughout a composition thatʼs a far cry from the swing and blues-infused songs of his earlier work. LaFarge is an artist who refuses to rest on his laurels and compromise. Heʼs always motivated and ready to create. With In the Blossom of Their Shade the album is one of LaFargeʼs strongest and most mature efforts to date. 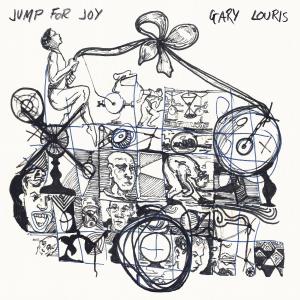 Over the last three decades, singer, songwriter guitarist and composer Gary Louris has built a deeply compelling body of music whose artists and integrity has won the loyalty of an international audience and the respect of both critics and his peers. Best known for his seminal work with The Jayhawks, he is one of the most acclaimed musicians to come out of Minnesota's teeming rock scene. Along the way, Louris has produced records by various artists, contributed songs to Grammy Award-winning albums by Tedeschi/Trucks Band and The Dixie Chicks; and recored with acts as diverse as the Black Crowes, Uncle Tupelo, Lucinda Williams, Nickel Creek, Tift Merritt and more. Jump For Joy is Gary's long awaited 2nd solo album and follow up to the 2008 release of Vagabonds. 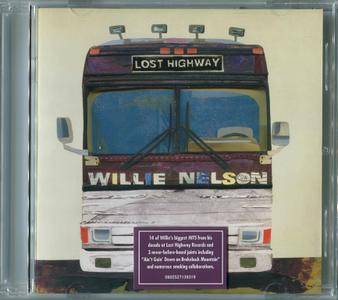 Willie Nelson never has been known for his consistency, either in style or quality, yet his stint at Lost Highway Records may be his most schizophrenic collection of recordings ever. Signed to the alt country label at the turn of the decade, Nelson proceeded to cut a muddled mainstream crossover, pitched himself at Lost Highway's typical Americana audience with an album produced by Ryan Adams, pander to his forgotten mainstream country audience with an album produced by Kenny Chesney, salute the stoners with a reggae album, and tip his hat to the main lady of Western swing with a tremendous tribute album to songwriter Cindy Walker. 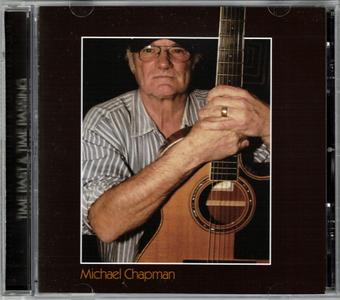 While Michael Chapman has often worked with other musicians on his recordings over the course of his lengthy career, on his 2008 release Time Past Time Passing, only his guitar and voice are heard… 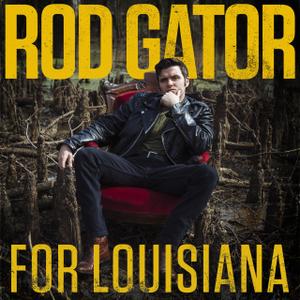 An internationally celebrated southern songwriter who grew up in the Louisiana backcountry and previously released records under the name Rod Melancon, Rod Gator takes a hard look at his old stomping grounds with For Louisiana. It's an album rooted in Bayou soul, greasy country-rock, Texas blues, and electrified funk, Produced by the Black Pumas’ Adrian Quesada. 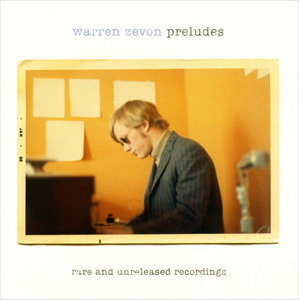 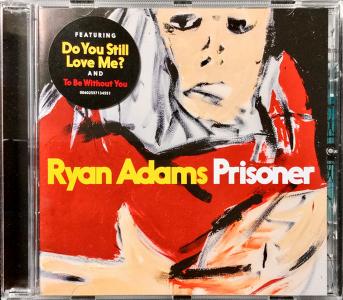 Prisoner is the sixteenth studio album by American singer-songwriter Ryan Adams. It was released on February 17, 2017. The album is Adams' first album of original material since his 2014 album, Ryan Adams, and was preceded by the singles "Do You Still Love Me?", "To Be Without You", and "Doomsday". Prisoner received generally positive reviews from music critics. At Metacritic, which assigns a normalized rating out of 100 to reviews from mainstream critics, the album has an average score of 79 based on 26 reviews, indicating "generally favorable reviews." Stephen Thomas Erlewine of AllMusic rated the album four out of five stars, calls it "charming", and states, "it's not a record that wallows in hurt, it's an album that functions as balm for bad times." Writing for Slant Magazine, Jeremy Winograd rated the album four of five stars and states Prisoner is "one of Adams's most sonically artful albums to date."

Mark Knopfler - Down The Road Wherever (2018) {Deluxe Edition} *PROPER* 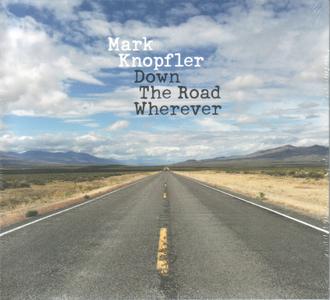 Nine albums into a remarkably consistent post-Dire Straits solo career, Mark Knopfler has little to prove aside from living up to his own high standards. That's not to say he's incapable of surprises or the occasional left turn, but the general trajectory of his non-soundtrack output as far back as 2004's Shangri-La has continued to cut a pleasingly familiar groove that fuses his myriad preferences (country, jazz, blues, pub rock, folk, Celtic) into the distinctive brand of understated English roots rock that has become his bailiwick. 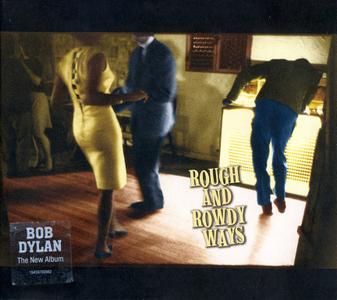 Bob Dylan released the dark, unruly Time Out of Mind in 1997 following two albums of folk and blues covers. It was his first original material in a decade and summed up his 20th century. Rough and Rowdy Ways is his first new material since 2012's Tempest and arrives during a global pandemic and the righteous struggle for racial and economic justice. These ten songs revel in forms that have been Dylan's métier since the '60s: blues, country, folk, rockabilly, gospel, etc. Its three pre-release singles – "Murder Most Foul," "I Contain Multitudes," and "False Prophet" – are showcases for a songwriter who speaks directly yet remains elusive. 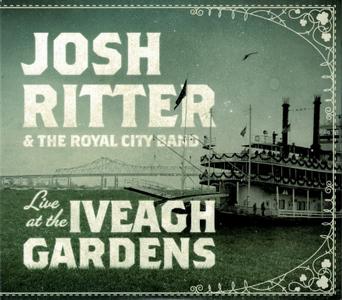 An American singer/songwriter with a deep, expressive voice, a keen wit, and an evocative way with words, Josh Ritter has built a loyal following as one of the leading lights on the Americana scene with his incisive songwriting. Emerging in 2000 with his eponymous debut album, Ritter hit his stride in 2007 with the release of The Historical Conquests of Josh Ritter, which introduced elements of rock, country, and blues into the mix. What followed was a string of acclaimed outings like Beast in Its Tracks (2013), Gathering (2017), and Fever Breaks (2019) that continued to push the boundaries of folk and Americana, furthering Ritter's ascension to modern singer/songwriter royalty. 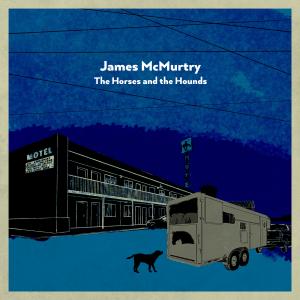 In James McMurtry’s new effort, The Horses and the Hounds, the acclaimed songwriter backs personal narratives with effortless elegance (“Canola Fields”) and endless energy (“If It Don’t Bleed”). This first collection in seven years spotlights a seasoned tunesmith in peak form as he turns toward reflection (“Vaquero”) and revelation (closer “Blackberry Winter”). Familiar foundations guide the journey. “There’s a definite Los Angeles vibe to this record,” McMurtry says. “The ghost of Warren Zevon seems to be stomping around among the guitar tracks. Don’t know how he got in there. He never signed on for work for hire.” 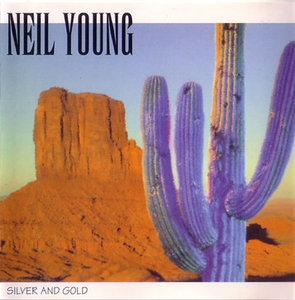 Neil Young - Silver And Gold (2CD) (1994) {The Swingin' Pig}
MP3 CBR 320kbps | RAR | 243 MB
Genre: folk, acoustic, Americana
Despite having the same name, this double CD by Neil Young is not the studio album Silver And Gold, but a bootleg CD released by The Swingin' Pig in 1994. It primarily consists of a great soundboard recording of a show on 22 March, 1992 at the Tower Theatre in Philadelphia, Pennsylvania. One song is from 23 March, 1992, another done on 24 March, 1992, you can look up the information yourself.
Folk Rock Americana Acoustic Neil Young Canada Bootleg Live Recording 1994 MP3 CBR 320 kbps
Details

It's obvious from the greasy opening blues vibe in "Exodus of Venus," the title track of Elizabeth Cook's first album in six years, that something is very different. Produced by guitarist Dexter Green, this set is heavier, darker, and harder than anything she's released before. Its 11 songs are performed by a crack band that includes bassist Willie Weeks, drummer Matt Chamberlain, keyboardist Ralph Lofton, and lap steel guitarist Jesse Aycock…