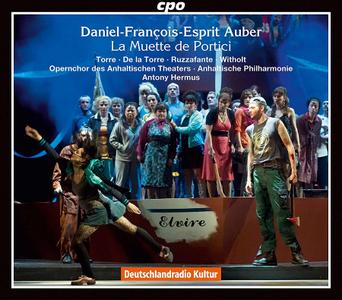 Although the great historical opera in five acts by the composer Daniel Francois Esprit Auber was able to experience its 500th performance in 1880, the opera is almost forgotten today and is rarely performed. In April 2010 the work premiered in the original language at the Anhaltisches Theater Dessau under the direction of GMD Antony Hermus and is finally available on cpo.