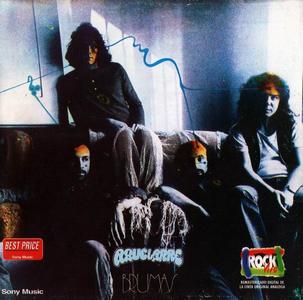 Aquelarre (meaning witches nocturnal meeting with the devil) was formed after the dissolution of the band Almendra in 1970, as its bass player Emilio del Güercio and drummer Rodolfo Garcia joined up with guitar player Héctor Stark and keyboard player Hugo González Neira joined up. They performed in B.A.Rock II festival 1971, and their first studio album "Aquelarre" was released in 1972. It's cover was drawn by the band's bass player, who became graphic designer later. Their music is sophisticated psychedelic rock with very impressionistic moments, artistic arrangements, surrealistic themes and they have a jazzy rhythm section…