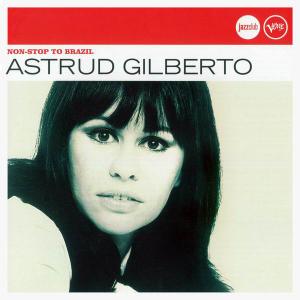 The Jazz Club series is an attractive addition to the Verve catalogue. With its modern design and popular choice of repertoire, the Jazz Club is not only opened for Jazz fans, but for everyone that loves good music. This collection by the wonderfully gifted Brazilian vocalist Astrud Gilberto (wife of singer/songwriter and guitarist Joao) features 18 tracks including 'I Had The Craziest Dream', 'Look To The Rainbow', '(Take Me To) Aruanda', 'Fly Me To The Moon' and more.
The honey-toned chanteuse on the surprise Brazilian crossover hit "The Girl From Ipanema," Astrud Gilberto parlayed her previously unscheduled appearance (and professional singing debut) on the song into a lengthy career that resulted in nearly a dozen albums for Verve and a successful performing career that lasted into the '90s… 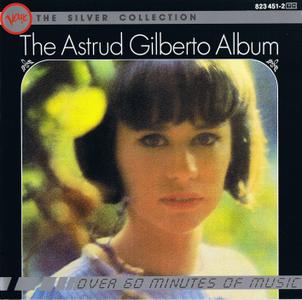 Astrud Gilberto has never been properly anthologized by Verve Records; although they've released a number of compilations over the years, none of them have been definitive, and most of them have been rather skimpy. 1987's The Silver Collection, originally released only in Europe but later imported to North America, is an idiosyncratic selection. It omits "The Girl From Ipanema," her biggest hit, includes all 11 tracks from her 1965 release The Astrud Gilberto Album, and adds on a selection of singles and album tracks recorded from 1965 to 1970 with no particular logic. All that said, however, it's still one of the best compilations available of this idiosyncratic but brilliant singer's '60s material. Jazz purists turn up their noses at Gilberto, correctly pointing out her near total lack of technical ability. However, the Brazilian songbird's appealingly plain voice, with its deliberately wobbly pitch (the "desafinado" style celebrated in Antonio Carlos Jobim's song of that title), total lack of vibrato, and deadpan phrasing, is a delight for those attuned to its charms. 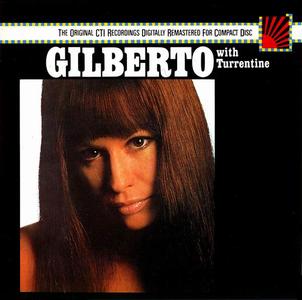 Incredible 70s work from the lovely Astrud Gilberto - a rare effort for the CTI label that has her teaming up with arranger Eumir Deodato and saxophonist Stanley Turrentine - all in a groove that's totally different than most of her earlier work! Astrud's breathy vocals are still wonderfully intact - but they're given a more spacious approach in the arrangements - strings mixes with rolling basslines, soaring keyboards, and stone cold tenor from Stanley - in a groove that's simply wonderful, and which takes off in a whole new direction than before! Other players include Airto, Sivuca, Hubert Laws, and Dom Um Romao - and tracks include classic versions of "Ponteio", "Vera Cruz", and "Zazueira" that are all some of the most grooving takes on the tunes ever - plus "Historia De Amor", "Where There's A Heartache", "Brazilian Tapestry", and "Wanting Things". The honey-toned chanteuse on the surprise Brazilian crossover hit "The Girl From Ipanema," Astrud Gilberto parlayed her previously unscheduled appearance (and professional singing debut) on the song into a lengthy career that resulted in nearly a dozen albums for Verve and a successful performing career that lasted into the '90s. Though her appearance at the studio to record "The Girl From Ipanema" was due only to her husband João, one of the most famed Brazilian artists of the century, Gilberto's singular, quavery tone and undisguised naïveté propelled the song into the charts and influenced a variety of sources in worldwide pop music… 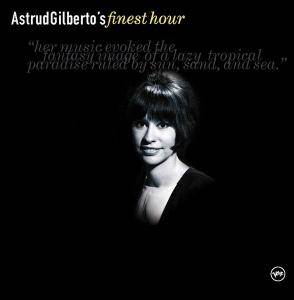 Like Nico, Astrud Gilberto's everywoman voiced has always had a polarizing effect on critics and fans alike. While her take on bossa nova is less than reverent and decidedly lightweight, the warmth and approachability she brings to each performance is stunning. Verve's lovingly compiled - and blissfully affordable - Astrud Gilberto's Finest Hour is as solid a collection of her heady mixture of samba, jazz and pop as you're likely to find. Twenty songs, including the classic "Girl From Ipanema," wash in like waves from the warmest of oceans, carrying with them the soft, reverb-drenched soundtrack to summer. If the tropical heat of "Berimbau," the lazy and lonely pulse of Burt Bacharach's "Trains and Boats and Planes" and the upbeat swing of "Wish Me a Rainbow" don't instantly take the drudgery of your day away, then consider yourself hopelessly bitter. Stan Getz meets João & Astrud Gilberto: New York 1964 is a live recording of bossa nova in the making. In 1989, the Giants of Jazz label released a live recording of a 1964 New York City performance featuring Stan Getz, João Gilberto and Astrud Gilberto, his then-wife. The album, entitled Stan Getz meets João & Astrud Gilberto is actually misleading: the trio had met previously in 1963 for the recording of the wildly successful album Getz/Gilberto, which was released in 1964 and set off the bossa nova frenzy in the U.S. As a result of that album’s success, the Brazilian Gilbertos and the American Getz played a number of shows in the U.S., such as the one recorded here. Released as part of the “Immortal Concerts” series, this recording exhibits the chemistry the three obviously shared and captures bossa nova in its infancy, as it was still being created and defined. 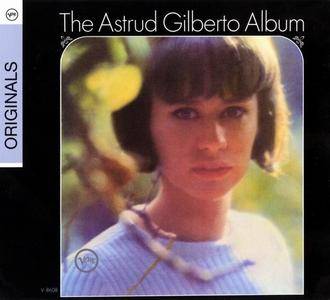 Astrud Gilberto became an accidental success when her fragile command of English made her the de facto choice to sing "The Girl from Ipanema" at a session led by Stan Getz and her husband, João Gilberto. Of course, despite its overwhelming success, it wasn't clear that she could sustain a career when she recorded her first solo LP, The Astrud Gilberto Album. She had sounded more like an amateurish novelty act than a recording professional, her voice was sweet but fragile, and the Getz/Gilberto album had featured two strong voices, with Gilberto herself an afterthought (albeit a commercially effective afterthought)…