And he is live, absolutely! Rod Stewart in concert from L.A. to London and beyond on this great live album. 17 performances across 5 venues from a 1981-81 international tour. Queen were straining at the boundaries of hard rock and heavy metal on Sheer Heart Attack, but they broke down all the barricades on A Night at the Opera, a self-consciously ridiculous and overblown hard rock masterpiece. Using the multi-layered guitars of its predecessor as a foundation, A Night at the Opera encompasses metal ("Death on Two Legs," "Sweet Lady"), pop (the lovely, shimmering "You're My Best Friend"), campy British music hall ("Lazing on a Sunday Afternoon," "Seaside Rendezvous"), and mystical prog rock ("'39," "The Prophet's Song"), eventually bringing it all together on the pseudo-operatic "Bohemian Rhapsody." At a certain point, bad taste and bombast becomes so excessive and so grandiose that they're no longer an easily dismissed irritation but an astonishing monument to the warped imagination. Such a monument is Meat Loaf's Bat Out of Hell II: Back Into Hell, the long-delayed sequel to 1977's Bat Out of Hell. Once again songwriter/producer Jim Steinman has isolated high-school parking-lot aphorisms and inflated them to Wagner-on-Broadway proportions, casting Mr. Loaf as a heavy-metal Ezio Pinza. Typical of the album's strategy is its big hit single, "I'd Do Anything for Love (But I Won't Do That)." Steinman piles on the guitars, drums, synthesizers, and choral voices as if he were Phil Spector producing Kiss playing the Who songbook. A sketchy and underfocused debut, Rocka Rolla nonetheless begins to delineate the musical territory Judas Priest would explore over the remainder of the decade: frighteningly dark in its effect, tight in its grooves, and capable of expanding to epic song lengths. On the other hand, Rocka Rolla is also murkier, less precise and powerful in its riff attack, and more blues-based; the stylistic debts to Black Sabbath and Deep Purple are obvious at this juncture, although they would become much less apparent on subsequent releases. The compositions alternate between short songs and extended suites; some are decent, but overall they don't establish a real direction and tend to plod aimlessly in many of the longer pieces. Mostly a curiosity for hardcore fans, Rocka Rolla definitely hints at Judas Priest's potential and originality, but doesn't always suggest the quantum leap in vision that would occur with their very next record. After the Velvet Underground cut three albums for Verve Records that earned them lots of notoriety but negligible sales, the group signed with industry powerhouse Atlantic Records in 1970; label head Ahmet Ertegun supposedly asked Lou Reed to avoid sex and drugs in his songs, and instead make an album "loaded with hits." … This five-disc set collects all of the post-Michael Schenker albums that the British hard rock outfit released for the Chrysalis label in the 1980s, including No Place to Run (1980), The Wild, the Willing and the Innocent (1981), Mechanix (1982), Making Contact (1983), and Misdemeanor (1986). Like its 1973-1979 sibling, each disc on The Chrysalis Years (1980-1986) is stocked with live recordings, rare tracks, alternate takes, single edits, and extensive liner notes, making it a must-have for longtime fans. Released two years after the 1980 death of John Bonham, Coda tied up most of the loose ends Led Zeppelin left hanging: it officially issued a bunch of tracks circulating on bootleg and it fulfilled their obligation to Atlantic Records… Chris Norman - Baby I Miss You (Remastered) (2021)
FLAC tracks / MP3 320 kbps | 1:05:14 | 495 / 150 Mb
Genre: Rock Pop / Label: BROS Music
Known both for his solo hits in the '80s as well as his hits with the band Smokie in the '70s, Chris Norman is a British soft rock singer with an international following whose career spans several decades. A few years after the success of his 1978 Suzi Quatro duet, "Stumblin' In," he parted ways with Smokie and found solo success with his second album, 1986's Some Hearts Are Diamonds. In the decades that followed, Norman proved himself to be surprisingly prolific, delivering a new studio album every two or three years and maintaining a large fan base in Germany, where his chart success continued into the 2000s. Following a 2004 resurgence and Top Ten German hit with "Amazing," he continued releasing new material as well as career-spanning collections like 2009's The Hits!
2020 2021 Chris Norman FLAC Lossless MP3 Pop Pop Rock Rock English Classic Rock
Details Progressive rock means never having to explain and never having to compromise. This collection of wholly unorthodox tunes stretches from the prog greats Uriah Heep, Procol Harum, Status Quo and more to the obscure, in a unique journey through the progressive galaxy. Once you put it on, you’ll never come down… 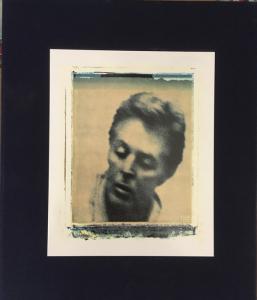 Bruce Springsteen - The Live Series - Songs Under Cover Vol.2 (2020)
FLAC tracks / MP3 320 kbps | 1:04:25 | 443 / 147 Mb
Genre: Classical Soundtrack Rock & Roll / Label: Columbia - Legacy
Like Elvis Presley, Bob Dylan, Neil Young and a few others, Bruce Springsteen transcends the boundaries of the musical genre in which one would try to encase him. Over the years, the New Jersey kid has become a symbol, both musical and ideological. Following in the footsteps of his idol Dylan, the Boss embarked on often poignant snapshots of this crumpled star banner, of the often abused American dream, in short the chronicle of an America on the fringes, of which he remains one of the most sparkling ambassadors… Few musicians have an aura as developed with their audience as he does. Since the beginning of his career in the mid-70s, he has not stopped touring, tirelessly filling stadiums and the largest halls in the world. In his early 60s, the Boss always puts so much soul into his concerts and on record, which explains the constant interest that his many fans have.
2020 2021 Bruce Springsteen FLAC Lossless MP3 Rock Pop Pop Rock English Classic Rock
Details "I'm not Bob Dylan, but I never miss a beat" sings Nils Lofgren on 1977's I Came to Dance, a very polished collection of nine songs produced by the guitar virtuoso and drummer Andy Newmark… The Best of the Allman Brothers offers a brief but effective introduction to the band, featuring such hits as "Ramblin' Man", "Crazy Love", "Melissa", "Jessica", and "Statesboro Blues". After the breakup, Beatles fans expected major statements from the three chief songwriters in the Fab Four. John and George fulfilled those expectations – Lennon with his lacerating, confessional John Lennon/Plastic Ono Band, Harrison with his triple-LP All Things Must Pass – but Paul McCartney certainly didn't, turning toward the modest charms of McCartney, and then crediting his wife Linda as a full-fledged collaborator on its 1971 follow-up, Ram…