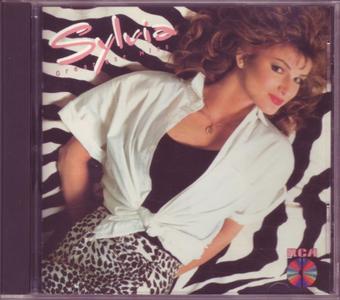 Sylvia Jane Kirby (born December 9, 1956, Kokomo, Indiana, United States), known simply by her first name Sylvia during the 1980s, is an American country music and country pop singer and songwriter. She enjoyed crossover music success with the song "Nobody" in 1982. It reached #15 Pop and #1 Country. The song earned her a gold record certification and a Grammy Award nomination for Best Female Country Vocal Performance (the Grammy went to Juice Newton for her hit "Break It to Me Gently"). 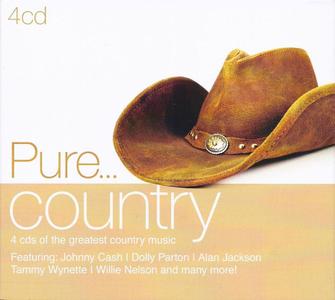 Pure…Country is a decent four-CD set highlighting 68 classic singles. Along with the original versions of radio favorites by Johnny Cash, George Jones, Willie Nelson, Ray Price, and Lynn Anderson are less than obvious inclusions by the Browns, Sylvia, and Little Jimmy Dickens. 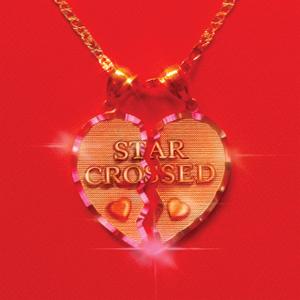 Kacey Musgraves’ new album star-crossed is a bold, empowering, and personal series of songs that displays the 6x GRAMMY Award winner's continued growth as one of the finest singer-songwriters of our time. It's the follow-up to Golden Hour, which earned Musgraves her third No. 1 on Billboard’s Top Country Albums chart and distinguished her as only the third artist ever to take home Album of the Year at the GRAMMY Awards, CMA Awards, and ACM Awards. 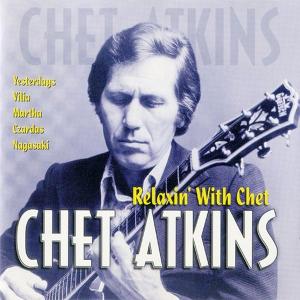 "Relaxin' with Chet" is exactly that a laid back album with some fine playing. Chet (or RCA Camden) seemed to want to make an album similar to his two masterpieces from 1957-8, "Chet Atkins at Home" and "Hi-Fi in Focus". This is confirmed by the presence of four tracks from the former (7-10 on this album) to pad out the six tracks newly recorded, as well as the fact that the liner notes are almost exactly the same as on "At Home". Also, the repertoire of the new music is similar to that of the older albums, as the theme of all three is "what Chet plays for his own enjoyment". Here Chet really lets his love for jazz shine through, tackling Tin Pan Alley as well as names like Jerome Kern and Duke Ellington. He also plays solos that are much more jazz-inflected than what is expected of him, although his finger-pickin' talents emerge notably on "Vilia" and "Say Si Si" through his use of his "Octabass" Gretsch (which is a guitar with the two lowest strings replaced by bass strings!). 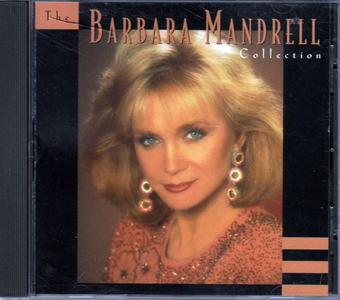 Barbara Mandrell - The Barbara Mandrell Collection (1995)
Country, Country-Pop, Vocal | EAC Rip | FLAC, Img+CUE+LOG+Scans (JPEG) | 31:37 | 209,97 Mb
Label: Liberty Records (USA) | Cat.# CDP 7243-8-31921-2-0 (D 108077) | Released: 1995-02-07
Barbara Ann Mandrell (born December 25, 1948) is an American country music singer, musician, and actress. She is known for a series of top-10 hits and TV shows in the 1970s and 1980s that helped her become one of country's most successful female vocalists of that period. She was inducted into the Country Music Hall of Fame in 2009 and is a member of the Grand Ole Opry. Mandrell was the first performer to win the Country Music Association's "Entertainer of the Year" award twice. She also won twice the Country Music Association's "Female Vocalist of the Year" in 1979 and 1981.
CD-Rip + Scans Compilation Country Country-Pop FLAC lossless Vocal
Details 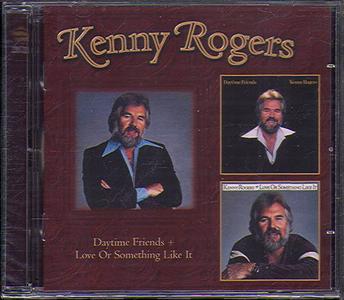 Kenny Rogers - Daytime Friends (1977) & Love Or Something Like It (1978) [2CD] [2009, Reissue]
Pop/Rock, Country-Pop, Disco | EAC Rip | FLAC, Img+CUE+LOG+Scans (JPEG) | 01:12:04 | 461,42 Mb
Label: Edsel Records (EU) | Cat.# EDSD 2040 | Released: 2009-07-14 (1977/1978)
2009 two CD set containing a pair of albums from the Country superstar, originally released on the United Artists and Liberty labels at the height of his worldwide popularity between 1976 and 1983. Though Rogers achieved success at the tail end of the '60s with his band The First Edition, it wasn't until he fully crossed over into the Country market that international fame came calling. Ironically, his move away from the Pop charts actually brought him more success once Country Music began to crossover into the same market he had initially given up on. Contains the albums Daytime Friends (1977) and Love Or Something Like It (1978). Both albums were produced by Larry Butler with the cream of Nashville's session musicians, as well as Elvis Presley's backing singers The Jordanaires.
1977 1978 2CD CD-Rip Country Country-Pop Disco FLAC lossless Pop/Rock
Details 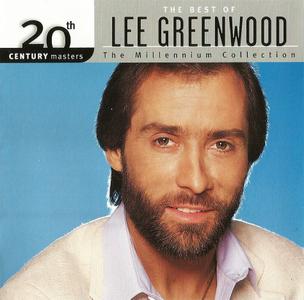 Lee Greenwood scored 19 Top Ten country hits on the Billboard charts between 1982 and 1988 while contracted to MCA Records, and 12 of them are included on this midline-priced best-of, including ten of his 12 Top Five hits, among them all seven of his chart-toppers. Especially because country albums tend to be on the skimpy side (Greenwood's 1985 Greatest Hits LP had only ten tracks), this is an unusually good selection for a discount record. Of course, it includes Greenwood's signature song, "God Bless the U.S.A.," which was given a renewed burst of popularity in the wake of the September 11, 2001, terrorist attacks. This is not a complete collection of all of Greenwood's hits or even all of his MCA hits, but it presents most of his best-known material at a reasonable price. 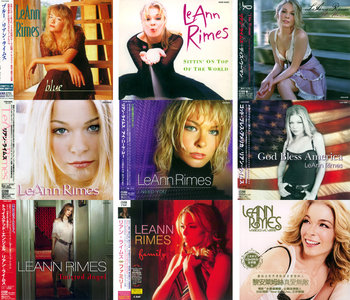 LeAnn Rimes - Albums Collection 1996-2007 (11CD)
EAC | FLAC | Image (Cue&Log) ~ 3.7 Gb | Mp3 (CBR320) ~ 1.36 Gb | Scans included
Country, Pop, Adult Contemporary, Pop/Rock | Time: 09:07:02
LeAnn Rimes (born August 28, 1982) is an American singer. Rimes rose to stardom at age 13 following the release of her version of the Bill Mack song "Blue", becoming the youngest country music star since Tanya Tucker in 1972. Rimes made her breakthrough into country music in 1996 with her debut album, Blue, which reached No. 1 on the Top Country Albums chart and was certified multi-platinum in sales by the Recording Industry Association of America (RIAA). The album's eponymous leadoff single, "Blue", became a Top 10 hit and Rimes gained national acclaim for her similarity to Patsy Cline's vocal style. When she released her second studio album in 1997, You Light Up My Life: Inspirational Songs, she moved towards country pop material, which set the trend for a string of albums released into the next decade. Rimes has won many awards, including two Grammys, three ACMs, a CMA, 12 Billboard Music Awards, and one American Music award. The collection includes studio albums from 1996 to 2007, and two compilations.
2000s 90s Adult Contemporary Collection Country Discography LeAnn Rimes Lossless Pop Pop Rock CD-Rip + Scans FLAC MP3 Country-Pop Country Pop
Details 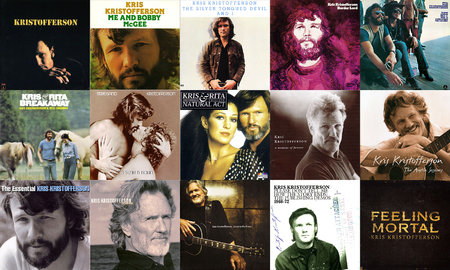 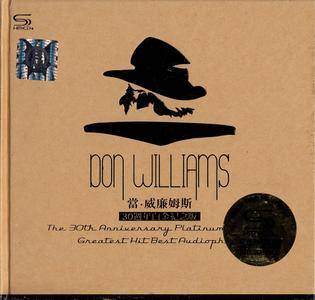 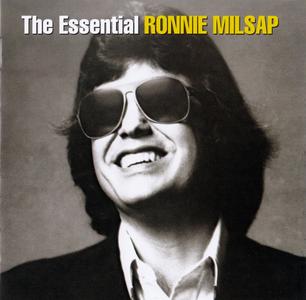 To get an idea of exactly how many Ronnie Milsap collections are on the market, just turn to the back page of the booklet for RCA/Legacy's 2006 double-disc set The Essential Ronnie Milsap, where it lists other Ronnie albums you might also enjoy. There are ten listed, all but one of them a compilation (that would be his very, very good 2006 comeback, My Life). Which begs the natural question, is The Essential Ronnie Milsap needed? Especially since there is already another compilation called The Essential Ronnie Milsap (dating from 1995), and there already was an excellent double-disc set called 40 #1 Hits released six years earlier? The answer is, yes it is, particularly since 40 #1 Hits has fallen out of print. Of course, it also helps that Essential is an expertly chosen and sequenced collection of Milsap's best work, from 1973's "(All Together Now) Let's Fall Apart" and running all the way to 1989's "A Woman in Love." 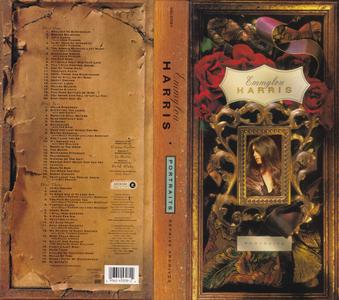 Portraits is a three-disc, 61-track box set covering Emmylou Harris' entire career for Reprise and Warner Records, which spans from 1974 to 1992. Not only does the box select highlights from classic albums like Luxury Liner, Roses in the Snow, and Blue Kentucky Girl, but it also features her early duets with Gram Parsons and selections from the Trio album she recorded with Dolly Parton and Linda Ronstadt. Portraits doesn't dwell too long on unreleased material – there are only five unearthed tracks on the entire set – preferring to sketch out a full overview of her career. While there might be a few favorite tracks missing, the box nevertheless fulfills its goals quite nicely – anyone looking for a comprehensive compilation of Emmylou's career will not be disappointed. 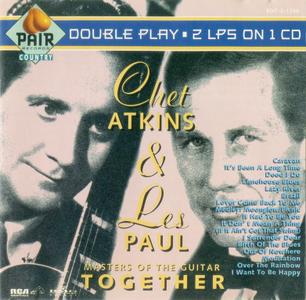 It seems that Les Paul had a relaxing effect on Atkins in the studio, because this disc, which compiles their two studio efforts, is charming. The production is modest and both pickers are in sharp form. The country twang added to standards like "It's Been a Long, Long Time" is irresistible. 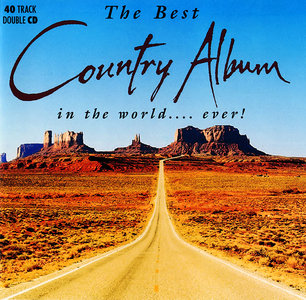 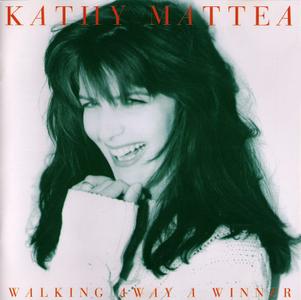 Walking Away a Winner is the rocked-up/pop side of Kathy Mattea. With records by Mary Chapin Carpenter gathering steam as well as those of Beth Nielsen Chapman, Lucinda Williams getting some notice, and Bonnie Raitt riding the very top of the charts over the previous two years, Mattea took a listen and apparently liked what she heard. There are layers and layers of guitars on the album, and nowhere are they borne out more than on the title track that opens the album. With producer Josh Leo and a deck of tough songs, Mattea showed a side her country audience hadn't yet seen, and one that the adult contemporary and emerging AAA formats could embrace.