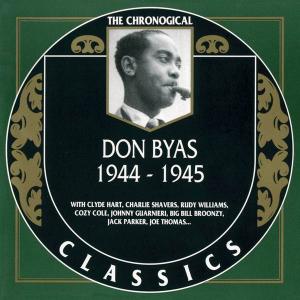 Don Byas was one of the great tenor saxophonists of the 1940s, a Coleman Hawkins-influenced improviser who developed a complex style of his own. His permanent move to Europe in 1946 cut short any chance he had of fame, but Byas recorded many worthy performances during the two years before his departure. On Classics' first Don Byas CD (which contains his first 21 numbers as a leader), Byas matches wits and power with trumpeter Charlie Shavers on two heated sessions that include pianist Clyde Hart and bassist Slam Stewart. He also plays swing with trumpeter Joe Thomas and pianist Johnny Guarnieri in a 1945 quintet and leads a quartet that, on four of its eight numbers, welcomes the great blues guitarist/singer Big Bill Broonzy… 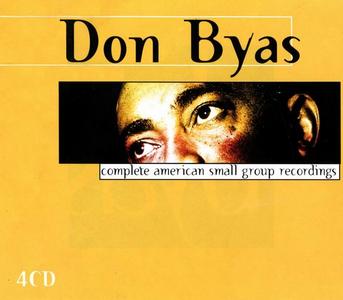 His recording career as a leader in the United States lasted for about two years, from 1944-46. In the autumn of 1946 Don Byas left for Europe touring with the Don Redman Band; essentially, from that point on he simply stayed in Europe until his death in 1972. Considering the time period, and the extent of his talent, expatriation was a doubtful career move if he was concerned with his place in the contemporary jazz scene and ultimately his place in jazz history.
This four disc set, Don Byas: Complete American Small Group Recordings, documents Byas’ recordings as a leader prior to his emigration, with one disc documenting his work as a sideman in a variety of bands. Although he was later to record extensively in Europe, Byas should be established as a major tenor saxophonist based on this four disc set alone. 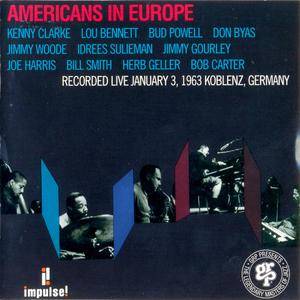 On Jan. 3, 1963 producer-writer Joachim Berendt organized a concert in Germany featuring some of the top American jazzmen who were then residing in Europe. Originally released as 13 songs on two LPs, eight of the performances have been reissued on this single CD; left out are five of the seven numbers from Vol. 1 (three with clarinetist Albert Nicholas and one apiece with bluesmen Champion Jack Dupree and Curtis Jones). The CD contains a pair of fine features for tenor saxophonist Don Byas (including a lengthy workout on "All the Things You Are"), ballad showcases for trumpeter Idrees Sulieman ("I Can't Get Started") and pianist Bud Powell ("'Round Midnight"), two numbers by a trio consisting of guitarist Jimmy Gourley, organist Lou Bennett and drummer Kenny Clarke, and a pair of Bill Smith originals featuring the clarinetist in a quintet with altoist Herb Geller and guitarist Gourley. A fine bop-oriented set of music by a variety of mostly underrated players. 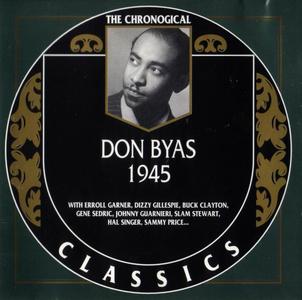 Bookended by several pleasant yet minor blues and pop vocals by Albina Jones and Ruble Blakey, this Classics Don Byas disc finds the unsung tenor great on the eve of his indefinite stay in Europe. Having cut his teeth in the bands of Lionel Hampton, Andy Kirk, and Count Basie, among others, Byas marked the end of the war with several fine combo recordings spotlighting his boppish swing blowing style. Here is a generous chunk from 1945, featuring a few different lineups and the likes of Dizzy Gillespie, Buck Clayton, Errol Garner, Slam Stewart, and Sid Catlett. Byas is in top form throughout, plying his smoky and slightly tart tone on ballads like "Laura," while showing off a lithe brand of swing on an up-tempo "The Sheik of Araby." Not as solid as Classics' 1944-1945 volume, but still a fine selection for Byas completists. 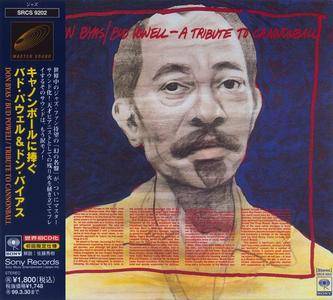 Recorded 1961. The title of this album is misleading for, although Cannonball Adderley produced the session, no "tribute" takes place. Adderley could always recognize talent and he was wise to get the veteran tenor Don Byas (who had not recorded since 1955) back on record. Teamed in Paris with trumpeter Idrees Sulieman, pianist Bud Powell, bassist Pierre Michelot and drummer Kenny Clarke, Byas proved to be in prime form on a variety of jazz standards including "Just One of Those Things," "Cherokee" and "Jeannine." 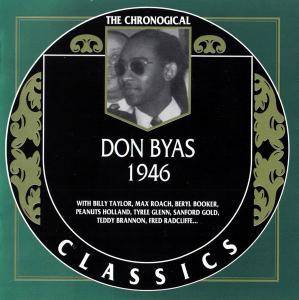 This fourth volume in the complete recordings of tenor saxophonist Don Byas opens with 13 sides recorded for the Savoy label in May of 1946. On the opening session, three gorgeous ballads are chased with a blistering version of Ray Noble's "Cherokee" and a mellow stroll through "September in the Rain." About three months later the saxophonist resumed recording for Savoy, now backed by a tougher rhythm section in drummer Max Roach, bassist Leonard Gaskin, and pianist Sanford Gold. These deservedly famous sides represent Byas at the very peak of his early maturity. A rare parcel of four recordings originally issued on the Gotham label finds Byas accompanied by a trio including pianist Beryl Booker… 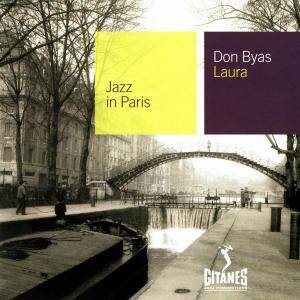 Don Byas was a giant of the tenor sax, though his accomplishments were all but overlooked in his native land once he moved to Europe for good. This CD from Universal Music's Jazz in Paris series compiles three separate studio sessions from the early '50s, all with different rhythm sections. Most of the tracks are standard ballads, featuring the leader throughout. His expressive take of "Laura" shows off a big tone with a bit of vibrato much like Ben Webster in his later years. The one original is his snappy "Riviera Blues," a lively number likely improvised on the spot. Had he remained in the U.S., it is possible that Don Byas might have been ranked along with Coleman Hawkins, Lester Young, and Ben Webster in the top echelon of tenor saxophonists, so anyone unfamiliar with his work should seek out this very affordable collection.