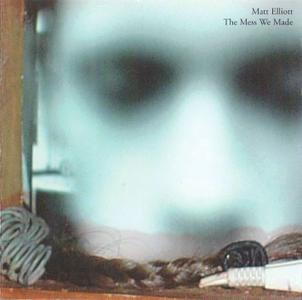 Inevitably, there's some symbolism implied when an artist, after years of lurking behind a semi-obscure pseudonym– head down, eyes averted, shoulders squeezed and high– puts out a record under his common name. Former Third Eye Foundation principal Matt Elliott has spent most of his recording career as a modish UK hipster in a dark disguise: thus, the leap from "Third Eye Foundation" to "Matt Elliott" should involve a nice dose of lurid confessionalism, some newfound honesty, a running-around-naked-in-daylight reinvention of self. Right? Hey, turn this car around! Someone left the personal catharsis at home! The Mess We Made, Matt Elliott's proper debut as Matt Elliott is, at least atmospherically, just as shadowed and sinister as his late, orchestral Third Eye work. 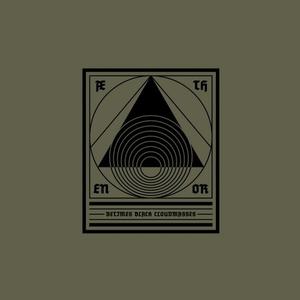 Betimes Black Cloudmasses is an album dated 2008 and it was said to be created by a British act named Æthenor (pronounced Ee-then-or). Æthenor made this for a recording company known as VHF.
2008 Æthenor Avant-Garde Drone Electronic England Experimental Great Britain Lossless MP3 CBR 320 kbps
Details 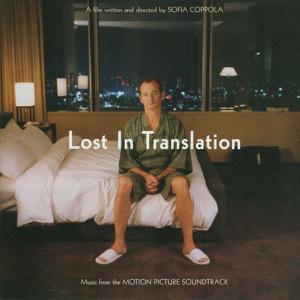 VA - Lost In Translation - Original Soundtrack (2004)
EAC Rip | FLAC (tracks, cue, log) - 256 MB
53:56 | Soundtrack, Downtempo, Experimental, Ambient | Label: Emperor Norton Records
Sofia Coppola has, with two elegant movies, proved herself a talented director with a keen eye for interior life. She's also got great ears. For Lost in Translation, the story of a May-December friendship in Tokyo between two displaced Americans, the score is a tonic for jetlag. Coppola prescribes a dose of shoegazer pop, from My Bloody Valentine's chiming "Sometimes" to Jesus & Mary Chain's fuzzed-out "Just Like Honey." The music nails the hazy conscious state of actors Bill Murray (as a movie star with a midlife crisis) and Scarlet Johansson (as an emotionally marooned twenty-something). It also provides a safe, warm envelope in which they can enact their overseas adventures. Working with producer Brian Reitzell, whose band Air scored her previous Virgin Suicides, Coppola lured Valentine's Kevin Shields into providing several slices of dreamy indie-rock and sonic wallpaper, as stylish as it is formless. There's a welcome bit of Japanese goofiness, a funhouse-mirror reflection of U.S. folk-rock courtesy of early-1970s band Happy End. And a "hidden" track provides the audio of Murray, in the film, doing his sleepy karaoke version of Roxy Music's "More Than This."
2004 Ambient CD-Rip Downtempo Experimental FLAC Lost In Translation Soundtrack Various Artists
Details 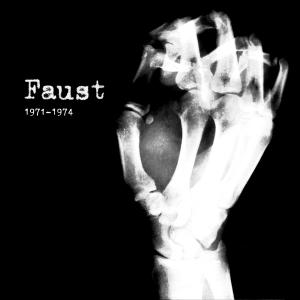 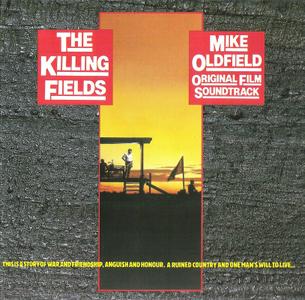 Crack all the jokes you want about Mike Oldfield and his Tubular Bells becoming the hit theme song for The Exorcist. While Oldfield is an amazing guitarist who could play with the best of them, with a lithe synth touch that became a trademark, the bottom line is that the man is a serious composer… 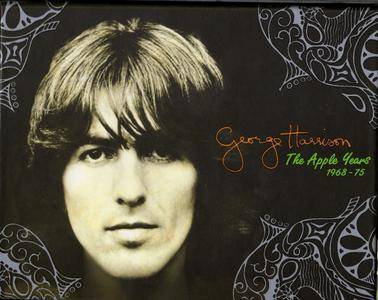 Arriving ten years after The Dark Horse Years: 1976-1992, The Apple Years: 1968-75 offers the first act of George Harrison's solo career presented in a handsomely produced, impeccably remastered box set. The outside packaging mirrors The Dark Horse Years but the discs housed inside the box show a greater attention to detail than the previous set: each of the albums is presented as a paper-sleeve mini-LP replicating the original album art (Extra Texture does indeed have extra texture on its sleeve), while the brief hardcover book contains perhaps the glossiest paper to ever grace a rock music box set… 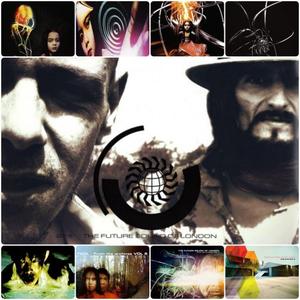 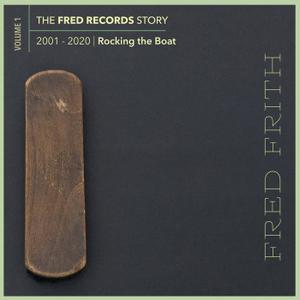 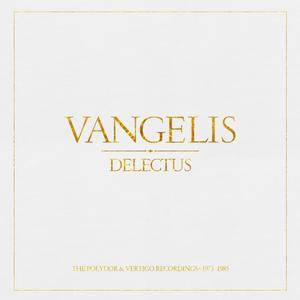 Deluxe 13 CD box set from the veteran Greek composer and instrumental/electronic music pioneer. Delectus gathers together digitally remastered and expanded editions of Vangelis' seminal albums Earth, L'Apocalypse Des Animaux, China, See You Later, Antarctica, Mask, Opera Sauvage, Chariots of Fire, Soil Festivities and Invisible Connections, plus his collaborative recordings with Jon Anderson as Jon & Vangelis - Short Stories, The Friends of Mister Cairo and Private Collection. The mammoth collection includes all of his albums on Vertigo and Polydor, recently remastered for the first time ever under the legendary composer's own supervision… 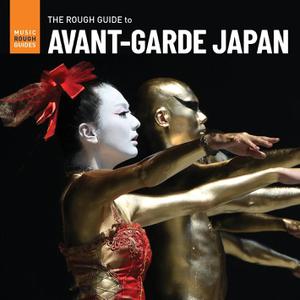 From boundary-pushing koto musicians to experimental jazz virtuosi, Japanese music has long embraced all things avant-garde. This Rough Guide highlights some of today’s key innovators whose individualism challenges the conformist perception of Japan. 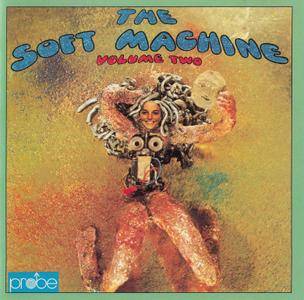 The first Soft Machine LP usually got the attention, with its movable parts sleeve, as well as the presence of ultra-talented songwriter Kevin Ayers. But musically, Volume Two better conveys the Dada-ist whimsy and powerful avant rock leanings of the band. Hugh Hopper took over for Ayers on bass, and his fuzz tones and experimental leanings supplanted Ayers' pop emphasis. The creative nucleus behind this most progressive of progressive rock albums, however, is Robert Wyatt. He provides the musical arrangements to Hopper's quirky ideas on the stream-of-consciousness collection of tunes ("Rivmic Melodies") on side one… 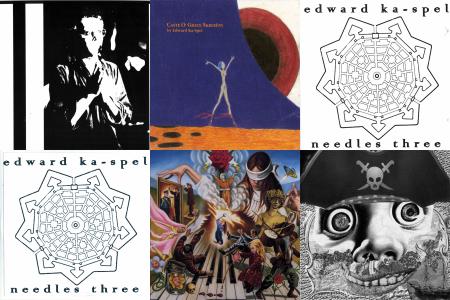 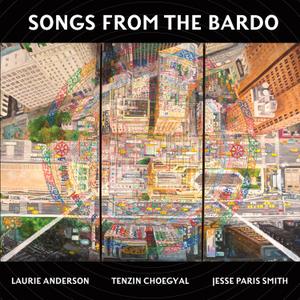 Songs from the Bardo begins with a bell ringing out once, twice, three times, as a ritualistic chant emerges from the dense silence. The collaborative composition by avant-garde icon Laurie Anderson, Tibetan multi-instrumentalist Tenzin Choegyal, and composer and activist Jesse Paris Smith is a guided journey through the visionary text of the Tibetan Book of the Dead, unfolding in an 80-minute ebb and flow of sound and words. Songs from the Bardo is a transporting experience, meant to draw the listener into the present moment and provide a framework for inner exploration. Anderson, Choegyal, and Smith fuse modern compositional techniques with the mystique of Tibetan Buddhist philosophy to make these visionary traditions more accessible to a new generation of listeners and to reveal the ancient wisdoms contained within. 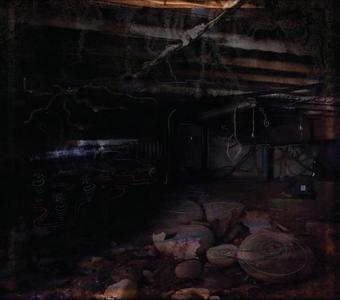 Crawlspace is Medeski at his wildest and most imaginative. Using a huge array of electric and acoustic keyboards, synthesizers, mellotron and early electronic gear, he has created a complex and trippy solo project that is unlike anything you’ve ever heard before. New and uncharted sonic territory by a legendary musical master who has worked with everyone from The Meters, Irma Thomas and John Scofield to Phil Lesh, Marc Ribot and John Zorn. Commissioned by and recorded expressly for Tzadik, this is an essential piece of the Medeski puzzle.