"Skin Tight" is the 5th studio album by the Ohio Players and the first released through the Mercury label. "Skin Tight" signified a turning point in the group's career towards a more jazzy and polished funk sound. The album began the Players' dominant platinum selling period, and would bring them a much bigger audience. In fact, this release would outsell all of their previous LPs combined. The band produced and recorded the album in Chicago, with Barry Mraz as recording engineer. The final mix was mastered by Lee Hulko. 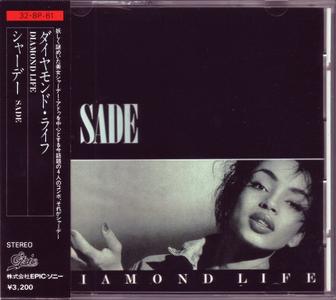 "Diamond Life" is the debut studio album by English band Sade. It was first released in the United Kingdom on 16 July 1984 by Epic Records and in the United States on 27 February 1985 by Portrait Records. After studying fashion design, and later modelling, Sade Adu began backup singing with British band Pride. During this time Adu and three of the original members of "Pride" Paul Anthony Cook, Paul Denman and Stuart Matthewman left the group to form their own band called Sade. Following various demos and performances, Sade received interest from record labels and later signed to Epic. 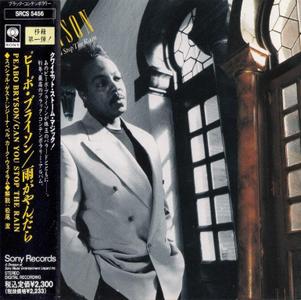 Having returned to Capitol Records for 1989's All My Love and enjoyed a career uptick, Peabo Bryson moved again to Columbia Records, where he completed his comeback to the commercial status he had enjoyed in the early '80s. Bryson seemed to have reconciled himself to the public's view of him as primarily a balladeer, and he delivered the goods, especially on the title track, a #1 R&B hit, and on the Cynthia Weil/Barry Mann tune "Closer Than Close," which also hit the R&B Top Ten. (Bryson helped his own cause considerably by involving himself in the writing and production of five of the 11 songs.) The album topped the R&B charts, and although Bryson still had trouble crossing over to the pop charts, it was his biggest seller in seven years. The album's success, however, was quickly overshadowed by Bryson's soundtrack work, as he placed hits from the Beauty and the Beast and Aladdin scores in the charts later in 1991 and 1992.
CD-Rip FLAC Japan 1st Press lossless Pop/Rock Quiet Storm R&B Soul
Details 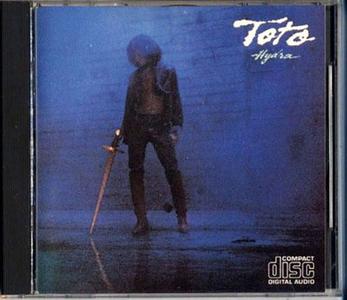 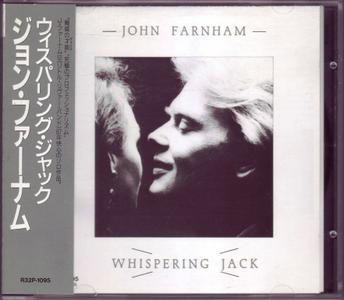 John Farnham - Whispering Jack (1986) [1987, Japan, 1st Press]
Pop/Rock, Soft Rock, Vocal | EAC Rip | FLAC, Img+CUE+LOG+Scans (PNG) | 41:20 | 421,37 Mb
Label: RVC/RCA Corporation (Japan) | Cat.# R32P-1095 (SFCD-0149) | Released: 1987-03-21 (1986-10-20)
"Whispering Jack" is the 12th studio album by Australian adult contemporary pop singer John Farnham. It was produced by Ross Fraser, and released on 20 October 1986, peaking at #1 on the Australian Kent Music Report Album Charts. "Whispering Jack" has become the second best-selling-album in Australia, behind Meatloaf's album "Bat Out of Hell", and the highest selling album in Australia by an Australian artist - 24x Platinum indicating sales of over 1.68 million copies sold. It spent 25 weeks at the #1 spot on the Album Charts during 1986–1987, it was awarded the 1987 ARIA Award for "Album of the Year", and was the best charting album for the decade of the 1980s in Australia. It was the first Australian-made album to be released on Compact Disc within Australia. One of Farnham's biggest hits, "You're the Voice" was issued as the lead single from this album and peaked at #1 on the Kent Music Report Singles Charts.
Pop/Rock Soft Rock Vocal Vocal Pop Contemporary Pop/Rock Japan Japan 1st Press CD-Rip FLAC lossless
Details 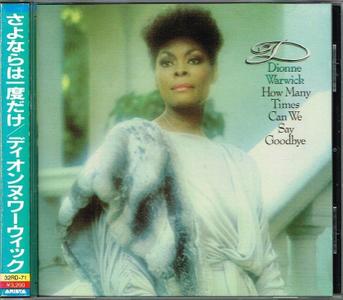 Dionne Warwick - How Many Times Can We Say Goodbye (1983) [1986, Japan, 1st Press]
R&B, Soul/Funk, Pop-Soul, Electronic | EAC Rip | FLAC, Img+CUE+LOG+Scans (PNG) | 36:03 | 429,78 Mb
Label: Arista Records/Nippon Phonogram (Japan) | Cat.# 32RD-71 | Released: 1986-09-21 (1983-09-29)
"How Many Times Can We Say Goodbye" is an album recorded by Dionne Warwick, her sixth for the Arista label. It was recorded during the spring of 1983 and was released that fall. The LP was originally issued as number AL 8-8104 in the Arista Catalog. Despite strong reviews, it was a commercial disappointment, stalling at #57 on Billboard's album chart. Two singles came from the album, 'How Many Times Can We Say Goodbye?' (a duet with album producer Luther Vandross) which hit #4 Adult Contemporary and #27 on Billboard's Hot 100 and Got a Date which hit #45 on Billboard's R & B chart. The album was produced by R&B singer and songwriter Luther Vandross and included the hit title track, which was a duet with Vandross.
R&B Soul/Funk Pop-Soul Electronic Soul FLAC Lossless Japan 1st Press CD-Rip
Details 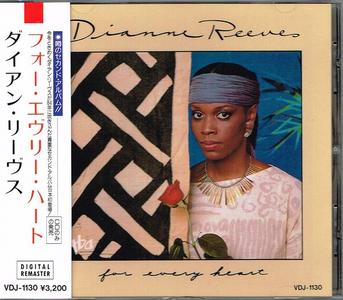 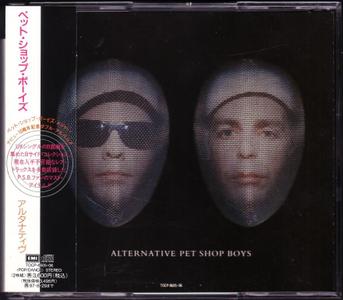 Pet Shop Boys - Alternative [2CD] (1995) [Japan, 1st Press]
Pop/Rock, Electronic, Synth-pop | EAC Rip | FLAC, Img+CUE+LOG+Scans (PNG) | 02:19:18 | 1,82 Gb
Label: Toshiba EMI Ltd. (Japan) | Cat.# TOCP-8605•06 | Released: 1995-08-30 (1995-08-07)
"Alternative" is a compilation album by English synthpop duo Pet Shop Boys. It was first released in 1995. "Alternative" is a 2-disc set, consisting of 30 B-sides in chronological order. The title Alternative was a last-minute change from the title that had been long saved for such an album, Besides, but that title was taken by American rock band Sugar, who released their own B-sides compilation two months prior. "Alternative" only really gained popularity among devoted fans of Pet Shop Boys with the exception of the UK, where it entered the charts at #2. A remake of the original 7-inch "Paninaro", titled "Paninaro '95", was released as a single (which was featured in the later PopArt set) to promote the 2-disc compilation. The cover of Alternative features photographs of Tennant and Lowe in fencing masks. The first copies of the CD have a lenticular image on the cover which shifts between the two photographs.
Pop/Rock Electronic Dance-Pop House Synth-pop Japan 1st Press CD-Rip FLAC lossless Club/Dance
Details 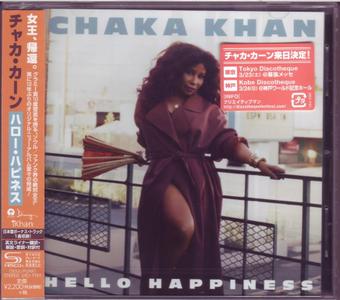 Chaka Khan - Hello Happiness (2019) [Japan SHM-CD]
R&B, Soul/Funk, Club/Dance | EAC Rip | FLAC, Img+CUE+LOG+Scans (PNG) | 31:01 | 562,32 Mb
Label: Diary Records/Island Records / Universal Music (Japan) | Cat.# UICI-1151 | Released: 2019-02-15
"Hello Happiness" is the 12th studio album by American singer Chaka Khan, released on February 15, 2019. It is her first new material since 2007's "Funk This". It includes the 2018 single "Like Sugar", and the second single, the title track "Hello Happiness". "Hello Happiness" was first performed at the 2019 Rose Parade in Pasadena, California. The album features both a "contemporary" feeling as well as "strong echoes of the past, such as the late '70s New York disco scene". About the lyrics of the title track, Khan said: "I think we need a shot of just not taking the little things so seriously. Little things are important. It's about the little things, but just flow." Khan co-wrote all the tracks on the album.
R&B Soul Funk Club/Dance lossless FLAC CD-Rip Japan 1st Press
Details 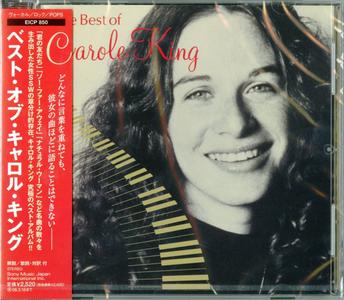 Carole King - The Best Of Carole King (2007) [Japan]
Pop/Rock, Singer/Songwriter | EAC Rip | FLAC, Tracks+CUE+LOG+Scans (JPEG) | 01:15:25 | 557,94 Mb
Label: Epic/Sony Music Japan International Inc. (Japan) | Cat.# EICP-850 | Released: 2007-09-19
Japanese-only collection from the singer/songwriter who helped to change the course of Pop music with her songwriting skills during the '60s and her own solo recordings in the '70s. 21 tracks including 'Feel the Earth Move', 'You've Got a Friend', 'It's Too Late', 'Will You Love Me Tomorrow?', 'It's Going to Take Some Time' and many more.
CD-Rip FLAC Japan 1st Press lossless Pop/Rock Singer/Songwriter
Details 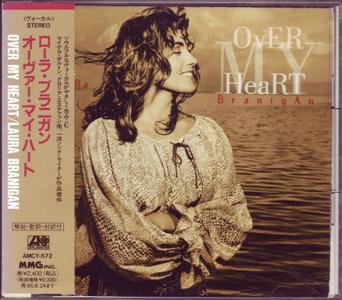 Laura Branigan - Over My Heart (1993) [Japan, 1st Press]
Pop/Rock, Adult Contemporary | EAC Rip | FLAC, Img+CUE+LOG+Scans (JPEG) | 55:56 | 382,50 Mb
Label: Atlantic/MMG Inc. (Japan) | Cat.# AMCY-572 | Released: 1993-08-25 (1993-08-17)
"Over My Heart" is the 7th and final studio album by American singer Laura Branigan. Released in August 1993, it was Branigan's most personal album and saw her again try her hand at producing, alongside successful producer Phil Ramone. While the Gloria Estefan-penned "Love Your Girl" was aimed for the clubs that made her famous, the album was ballad-heavy, including the opener "How Can I Help You To Say Goodbye"; the Spanish-language "Mujer Contra Mujer"; "Mangwane (The Wedding Song)" (taught to her by her friend Stevie Godson, who was also the executive producer on the track), sung in Sotho, a South African language, and recorded there with the Mmabana Children's Choir; and several of her own compositions, "Didn't We Almost Win It All" and "Over You".
Pop/Rock Adult Contemporary lossless FLAC CD-Rip Japan 1st Press
Details 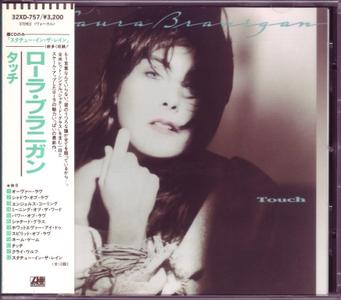 Laura Branigan - Touch (1987) [Japan, 1st Press]
Pop/Rock, Dance-Pop, AC | EAC Rip | FLAC, Img+CUE+LOG+Scans (JPEG) | 53:51 | 374,49 Mb
Label: Atlantic/Warner-Pioneer Corporation (Japan) | Cat.# 32XD-757 | Released: 1987-08-25 (1987-07-07)
"Touch" is the 5th album by American singer Laura Branigan, released in 1987 on Atlantic Records. This album marked a change in Branigan's career. Under new management and using a different producer, the singer took a more active role in the studio, gaining hands-on experience which she used to self-produce tracks on her subsequent albums. "Touch" also saw her return to dancefloors with the first single, the Stock/Aitken/Waterman produced "Shattered Glass", which was released in June 1987 and was a US Top 50 hit. She had a Top 40 hit with a cover of Jennifer Rush's minor U.S. hit, "Power of Love", which was released in October 1987. "Spirit of Love" was released as a single in Europe. "Cry Wolf" was the album's 3rd single release in the US, and was a top 30 AC hit.
Adult Contemporary CD-Rip Dance-Pop Electronic FLAC Japan 1st Press lossless Pop/Rock
Details 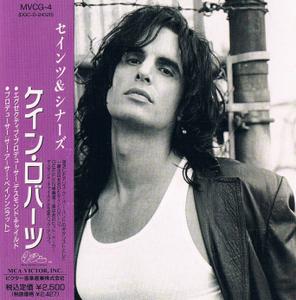 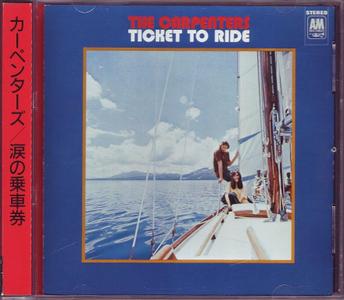 The Carpenters - Ticket To Ride (1970) [1986, Japan, 1st Press]
Pop/Rock, Soft Rock, AM Pop, Ballad | EAC Rip | FLAC, Img+CUE+LOG+Scans (PNG) | 40:45 | 341,53 Mb
Label: A&M Records/Canyon Records, Inc. (Japan) | Cat.# D32Y3080 | Released: 1986-10-21 (1970-11-10)
"Ticket to Ride" is the first studio album by American music duo the Carpenters. At the time of its initial release in 1969, it was issued under the title "Offering", with a completely different cover photo. It was a commercial failure and produced only one minor hit single, a ballad version of the Lennon-McCartney song "Ticket to Ride". After the Carpenters' subsequent breakthrough, however, in 1970 the album was reissued internationally under the name "Ticket to Ride" and sold moderately. The album is far more self-contained than other Carpenters albums; excluding the orchestrations, bass by Joe Osborn and occasional guitar from Gary Sims, most of the instruments were played by Karen and Richard Carpenter themselves - drums and keyboards respectively - and 10 of the 13 songs were written by Richard and his lyricist John Bettis.
AM Pop Ballad CD-Rip FLAC Japan 1st Press lossless Pop/Rock Soft Rock
Details 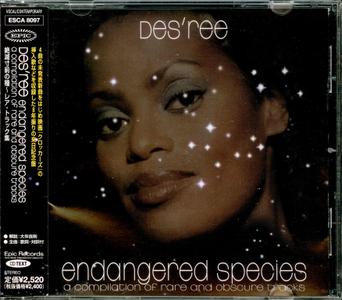 Endangered Species: A Compilation Of Rare And Obscure Tracks is a 2000 compilation album by British singer-songwriter Des'ree. As suggested by its title, it is not a greatest hits compilation, but a collection of assorted b-side only tracks, songs from soundtracks, and live versions of her hits from her first three albums. The selection features five b-sides from her different singles (with "Warm Hands, Cold Heart", a b-side to "You Gotta Be" being a new mix specially done for the compilation), five live songs, an acoustic mix, the song "Silent Hero" which was recorded for the 1995 film Clockers, and one then-unreleased song, "Soul Mates". It is Des'ree's only compilation to date. Des'ree was taking time off from music at the time to focus on her private life and the making of her fourth album Dream Soldier and therefore did not promote the album, which did not chart.