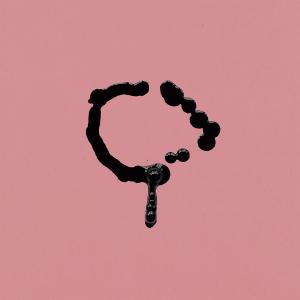 In these trying times, where intimacy and closeness are fraught with danger, Dans Dans (Dance Dance) brings you the sound of connection, communication, passion and togetherness. 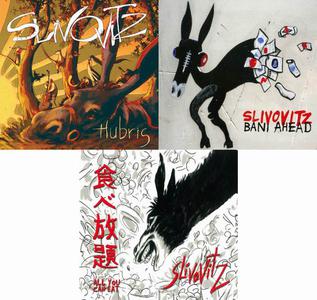 The members of Naples, Italy-based jazz-rock ensemble Slivovitz (named after a Central and Eastern European plum brandy) can cite the exact date of the group’s formation: September 27, 2001, when, according to a Web interview with saxophonist Pietro Santangelo, Slivovitz came together after a spontaneous street jam. The group mixes jazz and rock with a variety of other styles, notably Balkan and Gypsy influences, which Slivovitz began exploring after a 2003 trip to Hungary. The band’s eponymous debut album was recorded in 2004 and released by an Italian imprint; Slivovitz subsequently signed with the New York-based MoonJune label, which released Hubris (mainly new compositions but also including three remastered tracks from the debut) in 2009… 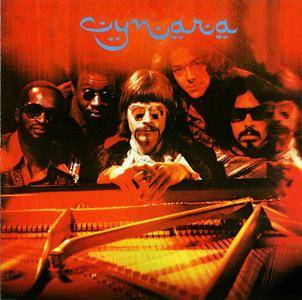 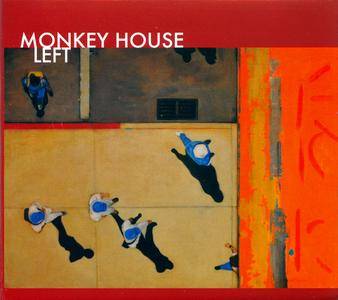 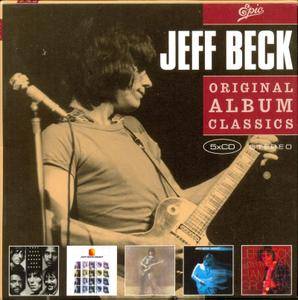 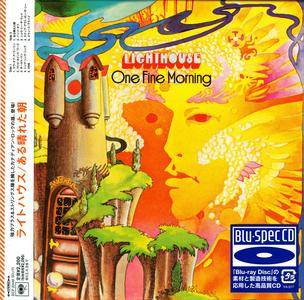 Lighthouse put out three excellent albums on RCA between 1969 and 1970. They were in the same vein of B.S.&T., Chicago, Ides of March, Chase, and Tower of Power. What set them apart was that they even contained a mini string section within the band. There were eleven musicians that could jam, play awesome ballads, and jazz it up when needed. They perfected some excellent pop tunes that were very radio friendly but their peak moment was their American breakthrough hit, "One Fine Morning",(Billboard #24). It was quite progressive for the fall of 1971, but it climbed the charts in the U.S. and finally gave them due justice and their highest charting hit! (They were already pretty successful in their native Canada) Ironically the song was released on the Evolution label which was extremely small. This album reached #80 on Billboard's album charts and ended up being their most successful album. 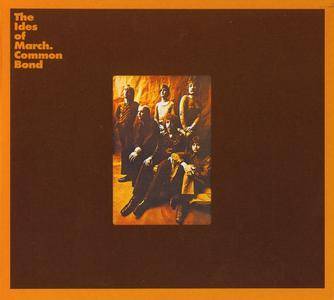 Joni Mitchell reached her commercial high point with Court and Spark, a remarkably deft fusion of folk, pop, and jazz which stands as her best-selling work to date. While as unified and insightful as Blue, the album – a concept record exploring the roles of honesty and trust in relationships, romantic and otherwise – moves away from confessional songwriting into evocative character studies: the hit "Free Man in Paris," written about David Geffen, is a not-so-subtle dig at the machinations of the music industry, while "Raised on Robbery" offers an acutely funny look at the predatory environment of the singles bar scene. Much of Court and Spark is devoted to wary love songs: both the title cut and "Help Me," the record's most successful single, carefully measure the risks of romance, while "People's Parties" and "The Same Situation" are fraught with worry and self-doubt (standing in direct opposition to the music, which is smart, smooth, and assured from the first note to the last). 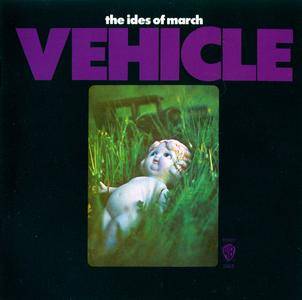 The Ides Of March - Vehicle (1970) Remastered Expanded Edition 2014
EAC | FLAC | Image (Cue&Log) ~ 379 Mb | Mp3 (CBR320) ~ 157 Mb | Scans included
Label: Real Gone Music | # RGM-0289 | Time: 00:52:55
Classic Rock, Blue-Eyed Soul, Jazz Rock
With our release of well-received titles by Blood, Sweat & Tears and Tower of Power, we at Real Gone have become something of a home for the great horn bands of the late '60s and early 70s, and with our reissue of The Ides of March's classic Vehicle album on the 50th anniversary of the band s founding, we are bringing another one into the fold. The Ides began in a basement in the Chicago suburb of Berwyn on October 16th, 1964, and have stayed together ever since; only the Rolling Stones really rival them for longevity. And this album, Vehicle, was their commercial high-water mark; its title track went to #2 and the album to #55 on the 1970 charts. It's a happy collision (no pun intended) of the band s garage-y British pop influences and the more progressive sounds of Chicago and BS&T that were sweeping through FM radio at the time; our Expanded Edition features four single bonus tracks and notes by Richie Unterberger featuring quotes from the band's Jim Peterik and Larry Millas. Highly recommended!
70s Lossless RnB Rock Soul The Ides Of March Classic Rock Blue-Eyed Soul Jazz Rock Jazz-Rock R&B
Details 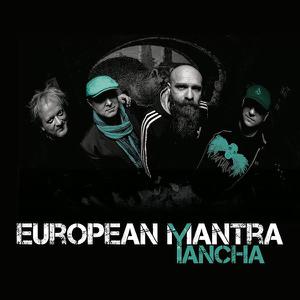 European Mantra is a yardstick in the Hungarian music scene. Yancha is the band’s 6th album. The album, consisting exclusively of Borlai’s compositions, brings the usual "Mantra" style characteristic of the band, but like all their albums, unexpected musical twists and surprises occur this time as well. Borlai, unlike with previous European Mantra albums, has now made less use of the limitless possibilities of arrangements of technical instruments, but focused on making the band sound the same live as on the album, without any background equipment. Thus, it is safe to say that European Mantra has in a sense returned to its own roots, which is the highest level of compassion for extremist genres, uncompromisingly, in the spirit of joy. On Yancha everything that the band’s fans expect from the band: loud, fast, melodic, informal, funny, brave, heavy, travelling, soloing, singing. The "Mantra" style itself. 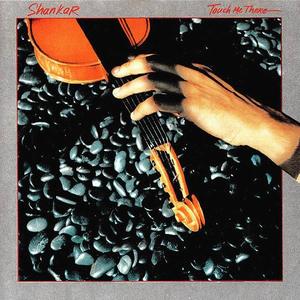 "Touch Me There" is an album by L. Shankar, released in 1979 on Zappa Records. Shankar performed acoustic and 5-string Barcus Berry electric violin, string orchestra, and provided vocals on the track "Knee Deep in Heaters." It was produced by Frank Zappa. Frank Zappa also sings (under the pseudonym Stucco Holmes) on a piece he co-wrote with the violinist, "Dead Girls of London." 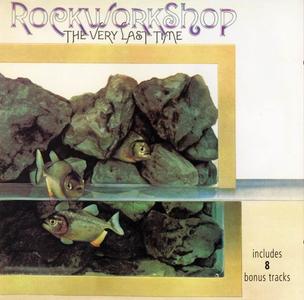 Ray Russell and Alex Harvey formed Rock Workshop in the early 70's, and it became an expansive band of thirteen musicians, most of which were of the U.K.'s leading young jazz musicians, who created an innovative and technically innovative form of experimental rhythm and blues. Ray Russell recalls that he was playing with Georgie Fame and the Blue Flames and then appeared in the 'Hair' musical together with Alex Harvey's brother Les. It was from this meeting, and Alex Harvey's involvement on backing vocals in the musical, the idea of Rock Workshop was born. The collective's first album was issued in 1970 to great critical acclaim… 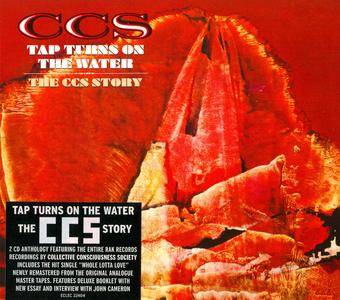 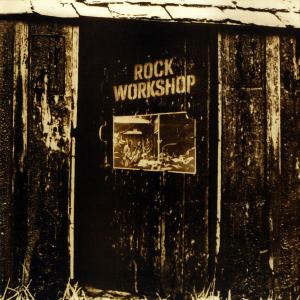 Although history records the last years before Alex Harvey formed his Sensational Alex Harvey Band as a confused period marked by mere passing fancies, none of which came to fruition until he linked with the similarly flailing Tear Gas, he was in fact already blueprinting much of what SAHB would soon be accomplishing via the academically named, but blues-wailing nevertheless Rock Workshop. Harvey appears on just four of the eight songs on its debut album, but the presence of both a couple of subsequently familiar songs and a vocal workout to rival anything on Framed or Next establish them among his finest performances… 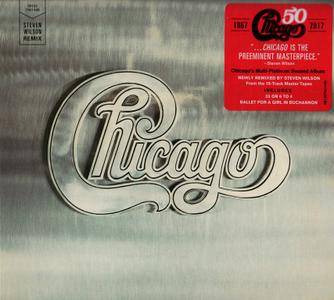 The Chicago Transit Authority recorded this double-barreled follow-up to their eponymously titled 1969 debut effort. The contents of Chicago II (1970) underscore the solid foundation of complex jazz changes with heavy electric rock & roll that the band so brazenly forged on the first set. The septet also continued its ability to blend the seemingly divergent musical styles into some of the best and most effective pop music of the era. One thing that had changed was the band's name, which was shortened to simply Chicago to avoid any potential litigious situations from the city of Chicago's transportation department – which claimed the name as proprietary property.