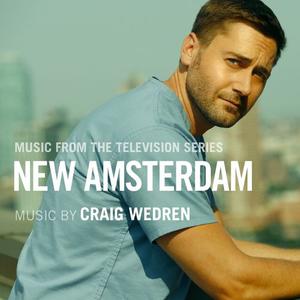 Craig Wedren is a composer, songwriter and singer who got his start fronting avant-punk pioneers Shudder To Think before expanding into composing scores for film and T.V. Film credits include The School of Rock, Role Models, Wet Hot American Summer, Laurel Canyon, and Afternoon Delight; and for T.V., New Amsterdam, Shrill, GLOW, Wet Hot American Summer, Fresh Off The Boat, Hung, Reno 911! 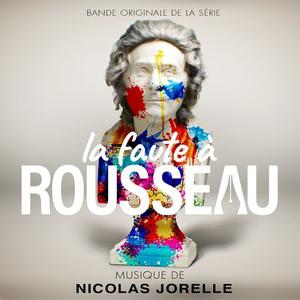 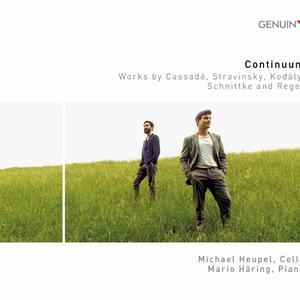 The internationally sought-after cellist Michael Heupel and his pianist Mario Häring, who has also won several awards, enter into an exciting dialogue with the past. On their new GENUIN CD, they present works related to early music. Gaspar Cassado composes a sonata in the "old Spanish style," and Igor Stravinsky sets off into the world of commedia dell'arte. Zoltán Kodály explores Johann Sebastian Bach, and Alfred Schnittke serves up sugar-sweet, baroque-inspired gems, holding up at times a miniature distorting mirror. A virtuosically played, inspiring collection that transcends the past and future. 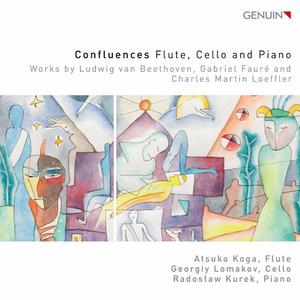 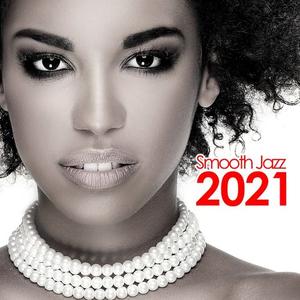 Grigoryan Brothers - This is Us: A Musical Reflection of Australia (2021) 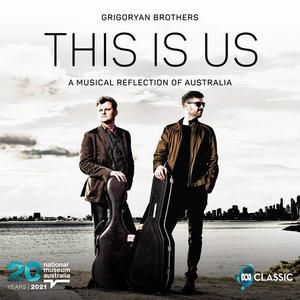 Grigoryan Brothers - This is Us: A Musical Reflection of Australia (2021)
FLAC tracks / MP3 320 kbps | 01:11:43 | 163 / 265 Mb
Genre: Classical / Label: Australian Broadcasting Corp
To celebrate the 20th anniversary of the National Museum of Australia, Slava and Leonard Grigoryan have been inspired by a collection of iconic Australian artefacts to create this unique original recording.From ancient Arnhem Land ochre to Don Bradman’s first cricket bat and Fred Hollows’ lens case; from a convict love token to a lifebuoy from the Tampa, 'This Is Us' takes us on an evocative and unforgettable musical journey through Australia’s history and heritage.
2020 2021 Australian Broadcasting Corp FLAC Lossless MP3 Language neutral Any Classical Classical Music
Details

Boulanger Trio - Teach Me! (The Students of Nadia Boulanger) (2021) 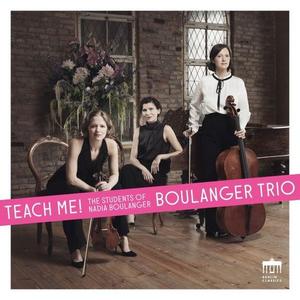 Boulanger Trio - Teach Me! (The Students of Nadia Boulanger) (2021)
FLAC tracks | 1:05:58 | 267 Mb
Genre: Classical / Label: Berlin Classics
“I was accustomed to say that the composer must look far ahead into the future of his music. This seems to me to be the male train of thought: thinking at once of the whole future, of the entire fate of the idea, and preparing himself in advance for every possible eventuality. This is the manner in which a man builds his house, orders his affairs and arms himself for his wars. The other is the woman’s way of looking at the world, using good powers of judgement to address the immediate consequences of a problem, while failing to allow for more distant events. This is the approach of the seamstress, who could work with the most luxurious fabric, without thinking about how long it will last, provided it achieves the desired effect at the present moment. It need last no longer than the fashion. This is the approach of the kind of cook who prepares a salad without asking herself whether all the ingredients are right and go together well, whether they combine satisfactorily. A French sauce - or perhaps a Franco-Russian one - is poured over it and so everything is blended. Composing to such directions is consequently nothing but the production of a certain style.” (Der Segen der Sauce, p. 150)
2020 2021 Berlin Classics FLAC Lossless Language neutral Classical Classical Music
Details 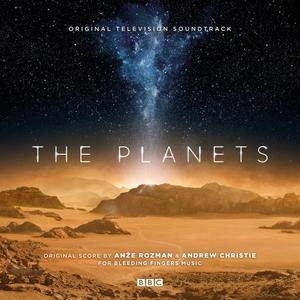 Anze Rozman and Andrew Christie - The Planets (Original Television Soundtrack) (2021)
FLAC tracks / MP3 320 kbps | 51:11 | 117 / 244 Mb
Genre: Soundtrack / Label: Silva Screen Records
Silva Screen Records has announced a soundtrack album for the BBC Earth docu-series The Planets. The album features selections of the original music composed by Anže Rozman (Great Bear Rainforest) and Andrew Christie (The Flood), as well as Jacob Shea (Seven Worlds One Planet, Planet Earth II) and David Fleming (Hillbilly Elegy, Blue Planet II) for Bleeding Fingers Music. The soundtrack will be released digitally on March 5, 2021. Visit Amazon or any other major digital music service to stream/download the album. The Planets is narrated by Professor Brian Cox (in the original UK version) & Zachary Quinto (in the U.S. version) and follows the dramatic lives of the eight majestic planets that make up our solar system through five episodes. The series premiered in the UK in 2019 on BBC One and in the U.S. on PBS.
2020 2021 Silva Screen Records FLAC Lossless MP3 Pop Soundtrack Soundtracks Language neutral
Details 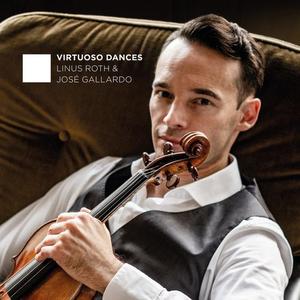 Linus Roth & José Gallardo - Virtuoso Dances (2021)
FLAC tracks / MP3 320 kbps | 01:14:42 | 374 / 170 Mb
Genre: Classical / Label: Evil Penguin
Sitting at home with no performances ahead brought Linus Roth back to his notebooks, in which he had been jotting down random musical ideas over the course of many years. One of them that suddenly struck him, was an idea for a recording programme made up of some of his most beloved pieces for violin and piano, all of which had in common both a virtuoso character and that they were all dances. What better way to lift the spirits than with dance music? Linus called his long term musical partner, pianist José Gallardo and five weeks later, they had the remarkable opportunity to record the album in the visually stunning and acoustically unique Library of the former monastery in Ochsenhausen, Germany, home of the Music Academy of Baden-Württemberg.
2020 2021 Evil Penguin FLAC Lossless MP3 Language neutral Classical Classical Music
Details 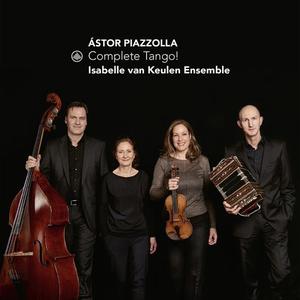 Isabelle van Keulen Ensemble - Complete Tango! (2021)
FLAC tracks / MP3 320 kbps | 03:06:03 | 423 Mb / 1,8 Gb
Genre: Classical / Label: Challenge Classics
A series of high-quality concerts in the Concertgebouw Amsterdam, at the Rheingau Musik Festival, the Schleswig Holstein Musik Festival, the Delft Festival, among others, launched the success story of the Isabelle van Keulen Ensemble, which has since become well established on international concert stages and festivals. The subsequent recording of three successful CDs testifies to the success story, the vast repertoire, and the versatility of the ensemble. From the very beginning, the Isabelle van Keulen Ensemble has been dazzling its audiences through its depth of musical expression, its technical brilliance, and the simultaneous mixture of melancholy and severity which is so typical of the Tango Nuevo, pairing great joy in playing with intimacy
2020 2021 Challenge Classics FLAC Lossless MP3 Box Sets Classical Classical Music Language neutral
Details 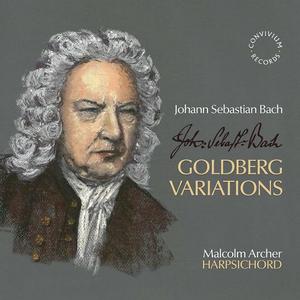 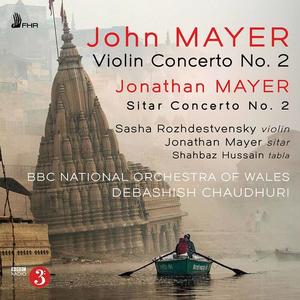 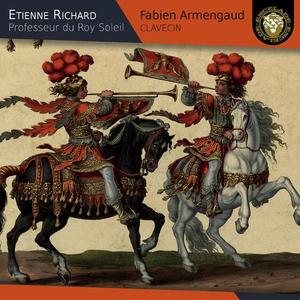 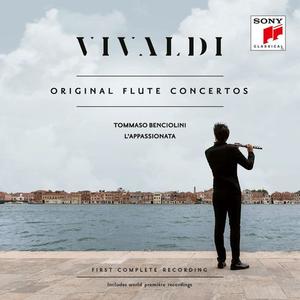 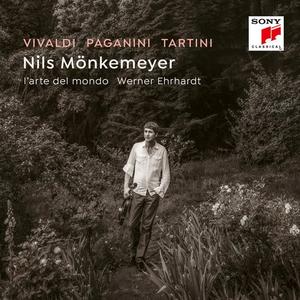 Nils Mönkemeyer - Vivaldi - Paganini - Tartini (2021)
FLAC tracks / MP3 320 kbps | 59:56 | 290 / 138 Mb
Genre: Classical / Label: Sony Classical
On his new album with l'arte del mondo, co-produced with WDR, violist Nils Mönkemeyer combines the great sonata by Paganini with arrangements by Vivaldi and Tartini - an exciting and illuminating juxtaposition All of violist Nils Mönkemeyer's albums for Sony Classical received excellent reviews and entered the German classical music charts - also because of the always interesting programs. And of course there is repertoire on his new "Italian" album that has never been heard before for viola. Of course, such an album cannot be without music by Vivaldi, and for his recording with the Ensemble l'arte del mondo under Werner Erhardt, Nils Mönkemeyer chose two beautiful concertos by Vivaldi, which were not written for the viola, but for cello and bassoon respectively: the Bassoon Concerto in G minor RV 495 and the Violoncello Concerto in G minor RV 416, both brilliantly arranged and with their lyrical timbres perfectly suited to the expressive richness of the viola.
2020 2021 Sony Classical FLAC Lossless MP3 Classical Classical Music Language neutral
Details
Publication archive