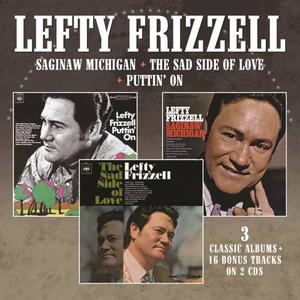 There are few artists in country music more highly praised, or influential, as Lefty Frizzell. With a vocal styling often imitated but never matched, he found one of his greater advocates in Merle Haggard though musicians such as Keith Whitley, Johnny Rodriguez and Randy Travis were amongst others who also acknowledged his influence on their work.
The son of an oil field worker, William Orville Frizzell was born in Corsicana, Texas on 31st March 1928 but raised in Dorado, Arkansas when his family moved there shortly after his birth.