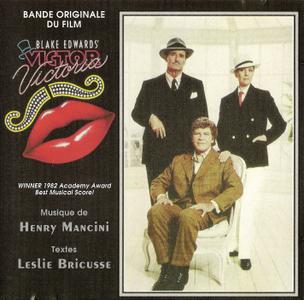 While it would be ridiculous to say that Henry Mancini produced no better score than this one, it's certainly true that his collaborations with writer/director Blake Edwards generated some of Mancini's greatest compositions. Victor/Victoria is merely a wonderful score, with fun performances from Julie Andrews and Robert Preston. [An expanded edition by GNP/Crescendo offered some newly released material, mostly sweetly jazzy instrumental material, although there's one very real gem as well – Robert Preston's show-stopping performance of "The Shady Dame from Seville," the peak point of the movie itself, and now certainly the peak point of this charming and delightful reissue.]