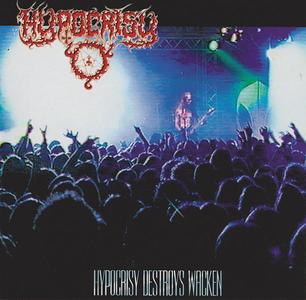 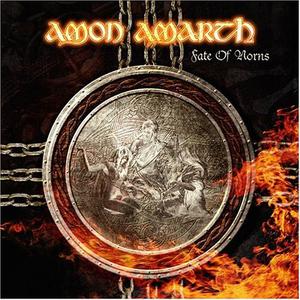 Fate of Norns is the fifth full-length studio album by the Swedish death metal band Amon Amarth. It was released on September 6, 2004 through Metal Blade Records. This album continued their slower, heavier sound which started on the previous album Versus the World. Before Fate of Norns was officially released by Metal Blade. 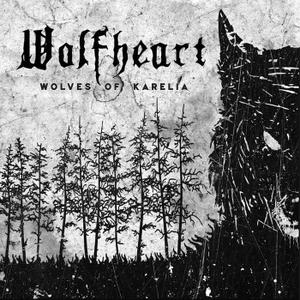 Emerging from dusky woods, the untamed and forlorn nature of Finnish quartet WOLFHEART leads them to one of the most picturesque regions of their home country, Karelia. Just as wildlife itself maintains harmony through a violent clash of the beautiful and unpredictable, Wolves of Karelia explores the previously coined genre of winter metal -smoothly connecting a traditional approach towards extreme genres (‘Reaper’) with atmospheric or acoustic details (‘the Hammer’, ‘Horizon on Fire’), crowned by the instrumental interlude, ‘Eye of the Storm’. With the noted complexity of their fifth album, WOLFHEART master the art of sonic storytelling through eight multi-faceted stylistic eposes with a virtuosity of riffs, guitar solos, and abrupt tempo-changes. Above all, however, Wolves of Karelia attack with complex arrangements and melodically-grasped melancholy, creating a release as bewitching and intense as it is atmospherically resonant.

In Flames - Sounds Of A Playground Fading (2011) [Japanese Edition] 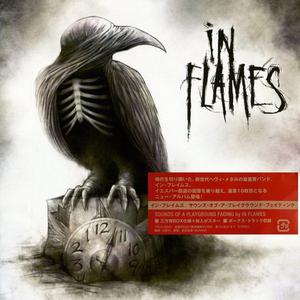 On Sounds of a Playground Fading, the band’s tenth studio album, In Flames officially complete their transition from Swedish melodic death metal pioneers to unpredictable Swedish progressive pop/rock/neo-classical metal innovators. Their first outing without founding member and chief songwriter Jesper Strömblad (the 13 tracks rely solely on the music of Björn Gelotte and the lyrics of Anders Fridén), Playground Fading's technical acumen and slick infusion of modern rock dazzles for the most part, especially on stand-out tracks like “A New Dawn,” “Fear Is the Weakness,” and the soaring title cut, all of which, in true In Flames fashion, aim for the bleachers and end up exploding into the night sky, but for all of the bells and whistles, there’s not a whole lot of variety to be had here… 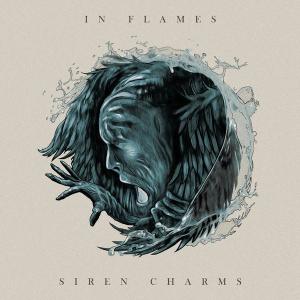 After spending the bulk of their career pioneering the soaring sonic brutality that is melodic death metal, In Flames find themselves continuing down the path of progressive alt-metal on their 11th studio album, Siren Charms. Given the blazing, fretboard-melting music the Gothenburg band has put out in the past, the pace, or lack thereof, of Siren Charms makes the album feel a bit too casual, and makes it another in a long line of increasingly tame outings from the band, who had been steadily changing their sound for years before going all in after the departure of primary songwriter Jesper Strömblad with 2011's Sound of a Playground Fading. Although this change, seen by some as the "Americanization" of their sound, has steadily taken root, the band's last couple of albums have really seen it start to bear fruit… 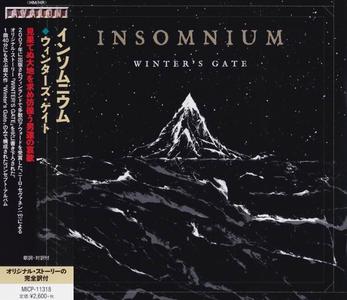 Winter's Gate is a concept album that is made of one epic 40 minute song. The album is built around a short story Winter's Gate (Talven portti in Finnish) by Niilo Sevänen, which won awards and nominations in Finland back in 2007 and 2008. It's a story about a group of Vikings who set out to find a fabled island west from Ireland, even though the winter is drawing near. Insomnium have proved yet again why they are kings of this genre, creating something that is immersive, transformative, ambient and most importantly - complete. Winter’s Gate not only hits every single mark set before it, but tramples them into the carpet underneath it. It is one of the greatest works of Insomnium to date, and is a prime example of a band that has flourished on its strengths while ironing out its flaws to produce the powerhouse that this album is. 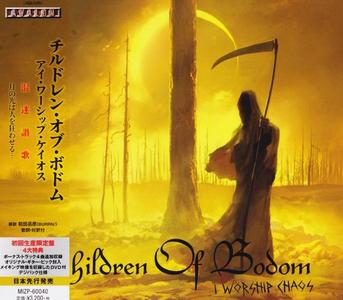 While Children of Bodom are used to personnel shakeups, the departure of longtime guitarist Roope Latvala before the recording of I Worship Chaos posed a challenge. A member since 2003, he was an integral part of the band's sound. This left vocalist/guitarist Alexi Laiho handling all six-string chores alone for the first time, making this COB's debut as a quartet. It was recorded in a converted warehouse rather than a conventional recording studio, and delivers a more spacious sound. Laiho and bassist Henkka Seppälä tuned half a step lower for each song, resulting in a much darker, heavier attack… 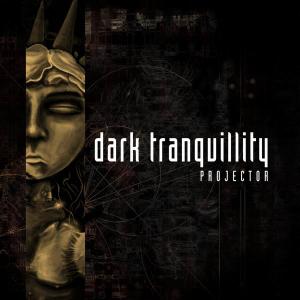 Although Dark Tranquillity's albums have tended to be fairly similar to one another, Projector finds the group attempting to broaden their horizons a bit, taking more chances, and more often than not, succeeding. The group in general sounds more mature, and the high level of musicianship is unimpeachable. 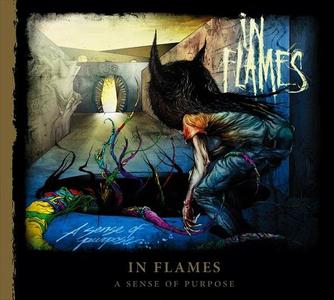 Frantic metal band In Flames can deliver a good melody around the militaristic, precision drumming of Daniel Svensson and the occasionally guttural yelps of frontman Anders Fridén. Whether it's a tight, polished effort like "The Mirror's Truth" with traces of classic metal à la Iron Maiden or especially Judas Priest, In Flames definitely bring a sense of purpose to this record. From there, the group increase the Metallica-ish franticness with "Disconnected" that relies on heavy guitar riffs but a far lighter, almost airy chorus and bridge. This is improved upon later on the album as "I'm the Highway" takes the record to another level. Probably the heaviest track is "Condemned," that again is driven by Svensson and the guitar tandem of Jesper Strömblad and Björn Gelotte… 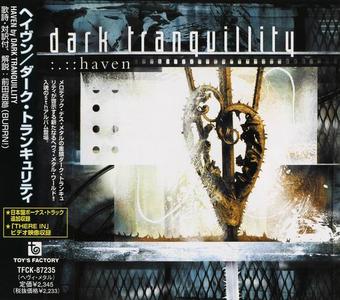 Always inspired, Dark Tranquility has reached yet another career milestone for the realm of melodic Swedish death metal. Gone are the rapid-paced melodies and controversial clean vocals of Michael Stanne - opting a return to his trademark snarling vocals, albeit noticeably toned down - enduring are the electronic elements and mid-tempo catchy song structures. In fact, all of Haven has a more polished subdued nature to it, the type that requires multiple listens to appreciate. Musically similar to Projector, the album is as ambiguous as the cover suggests. Rich electronic keyboard textures linger beneath each song, occasionally rising to crescendo and tastefully complimenting the melodic twin leads… 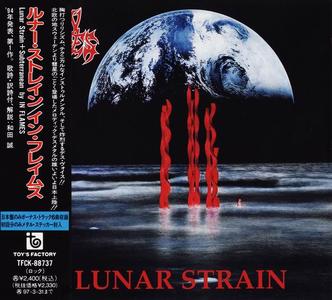 Just about any genre or style of music has had skillful crossover artists who managed to win won over some nonbelievers. Grover Washington, Jr.'s tasteful jazz-funk reached a lot of people who hadn't necessarily developed a taste for the straight-ahead bop of Clifford Brown and Sonny Stitt; Willie Nelson's country-pop reached a lot of listeners who weren't necessarily into the hardcore honky tonk of Buck Owens and Lefty Frizzell. And in the metal world, In Flames has served as a bridge between the death metal/black metal underground and the more melodic power metal of Iron Maiden, Judas Priest, and Queensrÿche. Originally released in Europe in 1994, In Flames' debut album, Lunar Strain, attracted an interesting mixture of death metal/black metal, power metal, and thrash metal enthusiasts. Like the early releases of At the Gates, Lunar Strain helped write the book on what came to be known as "melodic death metal"… 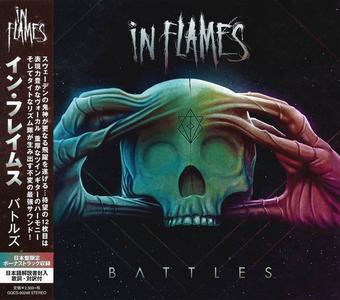 When a band changes their style and sound, it can be polarizing. Melodic death metal pioneers In Flames have experienced this with their fans, as their sound has grown more accessible over the years with fewer growling vocals. Their countrymen and contemporaries Opeth have drawn similar criticism, but their switch from death metal to prog seems to have been more easily accepted than In Flames’ evolution toward the mainstream. In Flames’ effort, Battles, has plenty of melody, but there are numerous intense moments, as well.
Battles is the first In Flames album recorded without drummer Daniel Svensson since 1997‘s Whoracle. The band traveled to Los Angeles to record with producer Howard Benson (Halestorm, Skillet, Papa Roach). Benson recommended using drummer Joe Rickard (Red) for the album, and he ended up joining the group permanently… 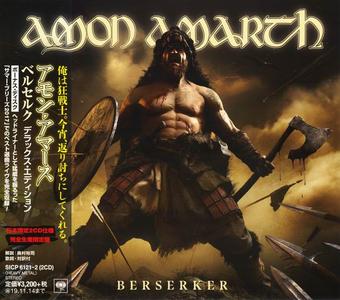 The follow-up to 2017's conceptual Jomsviking, Berserker sees the melodic death metal legends forgo the narrative route in favor of a more straightforward, though no less uncompromising approach to their craft. The 12-track set, which evokes the might and melody of Twilight of the Thunder God, marks the studio debut of drummer Jocke Wallgren, who joined Amon Amarth in 2017 after the departure of longtime kitman Fredrik Andersson. 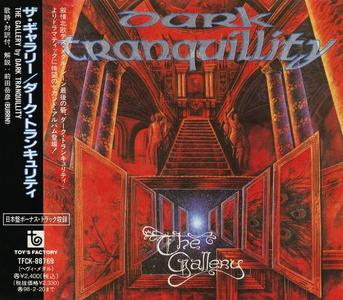 1995 was certainly a definitive year for the New Wave of Swedish Death Metal. At the Gates' Slaughter of the Soul and In Flames' The Jester Race were released that year, both albums seamlessly meshing the melodic ambition of old schoolers Iron Maiden and Judas Priest with the aggression of '90s death metal; boasting instrumental chops and gifted songwriting, those two bands helped define the face of Scandinavian metal for years to come. But one must not overlook Dark Tranquillity's contributions to the genre, specifically The Gallery, which may not be rightfully recognized as the bona fide classic that it is. While these Swedes' debut, Skydancer, was an ambitious and disjointed affair exhibiting more promise than solid tunes, sophomore platter The Gallery fulfilled that promise - and then some… 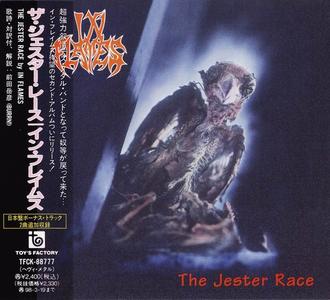 Of the three albums that make up Gothenburg's holy trinity, Dark Tranquillity's The Gallery was the least immediate, with unorthodox song structures that took time to assimilate, while At the Gates' Slaughter of the Soul didn't truly cement its classic status until a new generation of American metalcore bands started to copy it riff for riff. In Flames' The Jester Race, however, pretty much announced itself as a masterwork right from day one. More than any other, this is the album that put the "melodic" in melodic death metal. Traditionalists who'd never been able to stomach death metal's brutality were stunned to hear winding, intricate twin-guitar lines lifted from Judas Priest, Iron Maiden, and countless European power metal records…