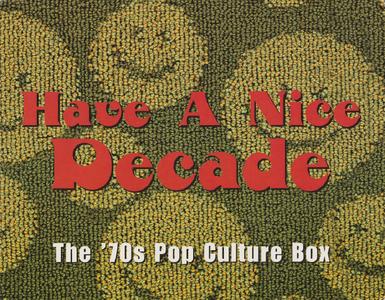 For anyone who grew up during the last days of AM radio, anyone who remembers gas shortages, disco scarves, and feathered hair, this mammoth seven-disc box set, Have a Nice Decade: The 70s Pop Culture Box, will be a holy grail of nostalgia. First of all, the discs themselves contain a staggering 164 tracks. Basically, if you remember the song, it's probably included: from enduring chestnuts even today's teenagers can sing ("Fire and Rain," "Fly Like an Eagle") to obscure gems of kitsch like "The Night Chicago Died" and the supremely maudlin "Billy Don't Be a Hero." If you were born in the 1960s, you'll probably find this stuff enjoyable rather than embarrassing (to the degree that you can think back on your adolescence without cringing). But don't let the music distract you from the packaging, either. The box is covered in avocado-green shag carpeting (embroidered with a happy-face pattern), and the booklet contains photos of all the artists, essays on the politics and culture of the period, and capsule references to notable events, fads, and people. Only Rhino Records could have put out a reissue package of music, images, and text this perfect. 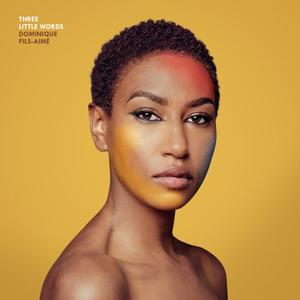 'Three Little Words' concludes Dominique Fils-Aimé's album trilogy exploring the roots of African-American musical culture. Each album carries with it a lesson that has been learned and then moulded into each subsequent volume. This final album is Fils-Aimé's adaptation of soul music in the truest sense of the term: music that comes from the depths of her soul and is meant to challenge and enrich the souls of her listeners. It is at once both an acknowledgement and an appreciation of the different musical genres that live within her head and flavour her own soul. In music, as in with life, the best prognosticator is looking to the past. 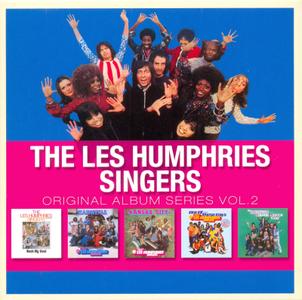 The Les Humphries Singers was a large group of session type singers that provided a grand vocal choir sound. The group sound was a mixture of pop, rhythm and blues, gospel, soul and early commercial Disco… 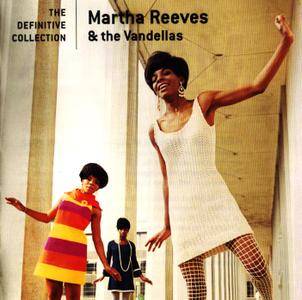 The Definitive Collection does an effective job of chronicling the majority of Martha & the Vandellas biggest hits from their first chart entry "Come and Get These Memories" in 1963 to their final one, "Honey Chile," in 1967. All of the familiar radio tracks such as "Heatwave," "Dancing in the Street," "Nowhere to Run," and "Jimmy Mack" are featured alongside several singles of equal quality that didn't get as much radio play upon initial release. While there are other, more exhaustive compilations, such as the double-disc set Live Wire! The Singles 1962-1972, this is the best concise overview of Martha & the Vandellas' career, containing the most hits on a single disc. 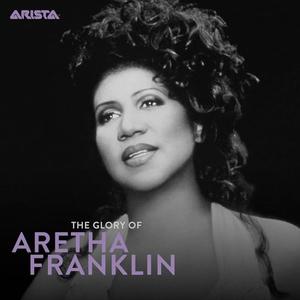 Aretha Franklin - The Glory of Aretha 1980-2014 (2021)
FLAC tracks | 1:16:43 | 544 Mb
Genre: Easy Listening, Jazz, Soul, RnB / Label: Arista - Legacy
No matter how one approaches the equation, the combination of the words "voice" and "soul music" always gives the same result : Aretha ! Throughout her early career, the one who was nicknamed Lady Soul kneaded with her unique voice gospel, funk, rhythm'n'blues, jazz and soul, like no other. A voice that grew up alongside those of her sisters at the Detroit church in her pastor father's choir. The legendary John H. Hammond, who discovered the very young Aretha Franklin, signed her to Columbia in the early 1960s, eager to make her a jazz singer. But after a few sessions (anecdotal in terms of the quality of what the coming years will offer…), she spends in Jerry Wexler's Atlantic stable.
2020 2021 Aretha Franklin FLAC Lossless Jazz Vocal Jazz Soul Live R&B English Pop
Details 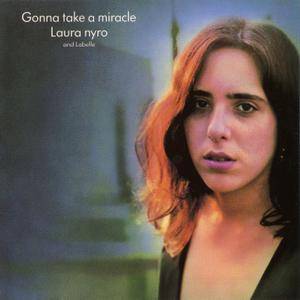 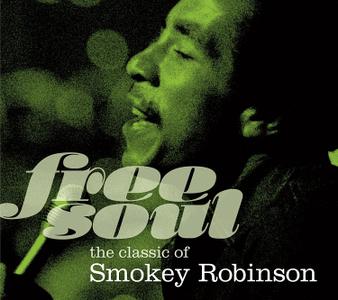 A really fresh look at the music of Smokey Robinson – a package that mixes obscure tracks with hits, with a range that spans over two decades – all with the great Free Soul approach to a groove! The series normally focuses on sounds of the 70s – but here, they do a great job of showcasing solo Smokey moments from those years, mixed with really groundbreaking tracks with The Miracles – almost presenting them all together as if Smokey and the group were a key precursor to 70s soul. The set features a whopping 23 tracks – over 80 minutes of music. 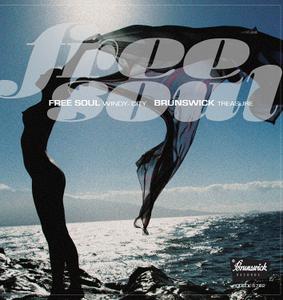 A stellar collection of work from the legendary Brunswick Records – put together with the special vibe of the Free Soul series! The tunes here are upbeat and soaring – not club or disco, but earlier soul numbers that sparkle with this sort of positive energy – a vibe that's very much the best side of the Brunswick Records approach of the late 60s and early 70s – as the imprint picked up Chicago soul, and gave it a whole new sort of groove! Yet not all this work is Chicago-based, despite the title – and the set's got a really nice range of Brunswick cuts that includes 'We Need Love" by The Directions, "Loveland" by The Lost Generation, "Broken Home" by Ben Monroe, "It Only Happens When I Look At You" by Jackie Wilson, "When Temptation Comes" by The Chi-Lites, "Following You" by Dana Valery, "Here Is A Heart" by Ginji James, "I Always Wanted To Be In The Band" by Step By Step, and "Love The One You're With" by Herman. 24 tracks – and over 80 minutes of music! 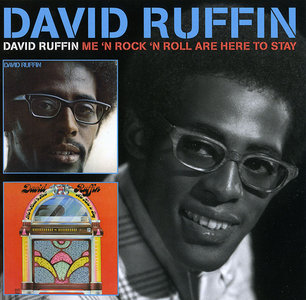 David Ruffin - 'David Ruffin' (1973) + 'Me 'N Rock 'N Roll Are Here To Stay' (1974)
2LP in 1CD, Remastered Reissue 2014
EAC | FLAC | Image (Cue&Log) ~ 474 Mb | Mp3 (CBR320) ~ 197 Mb | Scans included
Soul, Motown | Label: Real Gone Music | # RGM-0226 | Time: 01:07:12
The incandescent talent of David Ruffin was too big for even the Temptations to hold. As Smokey Robinson observed, The only way David could survive at Motown was as a solo artist. And so Ruffin left the Temptations in 1969 to strike out on his own with a series of releases that further established him as one of Motown s great voices. These two records, released in 1973 and 1974, respectively, did not spawn any hit singles but instead reflected Ruffin s growth as an artist away from the Motown formula and towards a life spent in the fast lane. David Ruffin, produced by Bobby Miller, whose writing credit appears on eight out of the 10 tracks, is a psychedelic soul masterpiece, and features the definitive version of Gamble and Huff s I Miss You (Part 1). Me N Rock N Roll Are Here to Stay, meanwhile, marked the fiery collision of Ruffin with the brilliant producer Norman Whitfield, with the creative sparks to prove it. Both records appear here on CD for the first time outside of a long out of print, limited edition set, with notes by Gene Sculatti.
David Ruffin Soul Motown R&B Compilation CD-Rip + Scans FLAC MP3 Lossless 70s Rhythm & Blues
Details

The Commodores - The Ultimate Collection (1997) {Motown} 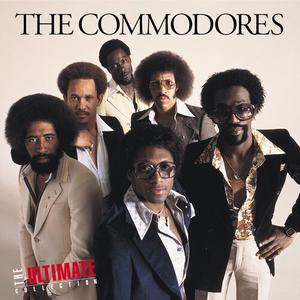 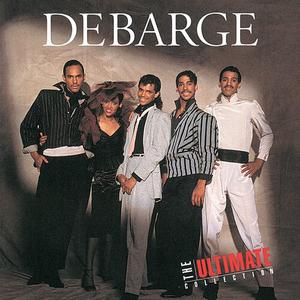 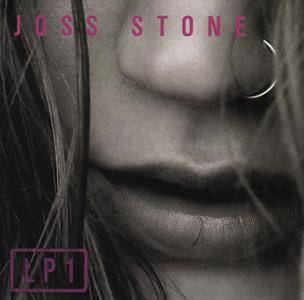 LP1 marks the third successive album from Joss Stone where she’s attempting to hit the restart button on her career, to usher in a new beginning for the neo-soul diva or, better yet, find the right setting for her considerable gifts. This journey began with 2007’s splashy modern R&B set Introducing Joss Stone, a makeover she rebelled against on her major-label kiss-off Colour Me Free, and now that she’s truly independent, she’s aligned with Eurythmics’ Dave Stewart for LP1, returning to the classicism of her earliest work. There is a difference. Stewart is naturally reluctant to present Stone in a strictly soul setting; R&B is the foundation, but he dabbles in tight funk, folk, blues, Euro-rock, and modernist pop, giving LP1 just enough elasticity so it breathes and just enough color so it doesn’t seem staid. 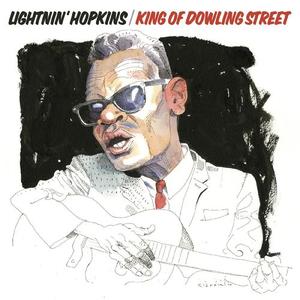 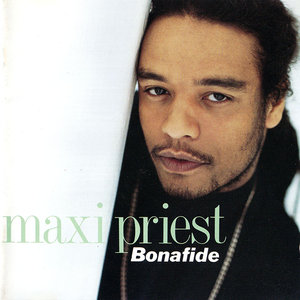 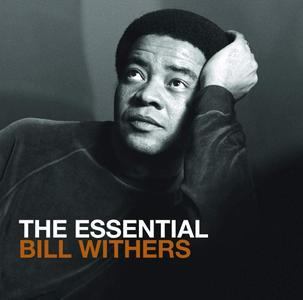 More generous than the 20-track The Very Best Of, Essential Bill Withers is a 34-track anthology that features all of Withers' notable singles, along with other highlights from the singer's albums for the Sussex and Columbia labels, from 1971's Just as I Am through 1985's Watching You Watching Me. This is a fine and extensive introduction to Withers' catalog, featuring "Ain't No Sunshine," "Lean on Me," "Use Me," "Lovely Day," and "The Same Love That Made Me Laugh." He also recorded scads of excellent deep album cuts that could not fit. In 2013, the lovingly packaged The Complete Sussex and Columbia Albums Collection – released the previous year – retailed for roughly three times the price of this set. Anyone with a serious interest in Withers' work should seriously consider that option, though it doesn't contain "Just the Two of Us," the big hit from Grover Washington, Jr.'s Winelight album.