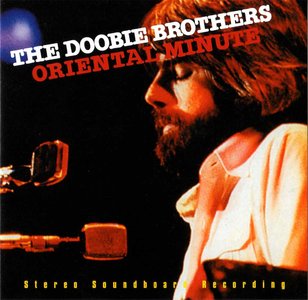 Oriental Minute is a bootleg CD by The Doobie Brothers, taken from a show in Japan at Budokan Hall in Tokyo on 22 February, 1979 and is an excellent soundboard recording, taken from an FM radio broadcast. This was part of the Doobie's Japanese tour in support of their 1978 album Minute By Minute, while the set is a nice mixture of the new and the classics. The CD was released by Grace Carry.