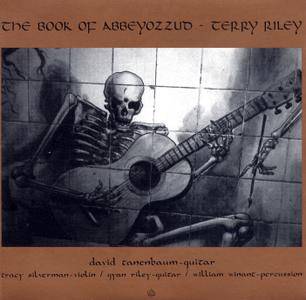 After Terry Riley's revolutionary In C, it certainly never seemed that the compositionally brash cofounder of the minimalist movement would take on a lyrical bent. But that's what he's done on this collection of pieces for violin, guitar, and percussion. Violinist Tracy Silverman and guitarist David Tanenbaum play warmly and sublimely on Cantos Desiertos, finding pristine melodies and high, arching curves around which to spread their finesse. Tanenbaum gets unbelievably rich tones from his guitar, and his range is the one consistent ingredient throughout these pieces. He duets with Riley's son Gyan, himself an accomplished guitarist, on "Zamorra" and with percussionist William Winant on Dias de los Muertos. Winant's marimba and gongs are especially appropriate for Tanenbaum's resonant string work, fluctuating from an absolute crispness to a milky froth. Where Riley's chamber works, such as Salome Dances for Peace, are intensely rhythmic, these works veer much more stealthily toward a kind of glorious flowering, even if the blooms are in dusky colors and muted, curvy patterns. 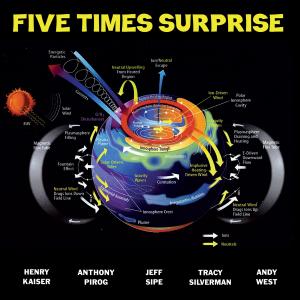 Five Times Surprise brings together a volatile mix of longtime compatriots and newly forged relationships. The distinguished improvisers all boast exceptionally diverse resumes. More than finding common ground, they reveal a vast universe of possibilities fueled by creative conflagration and genre blurring. “We’re improvisers who can walk into a room and create something together,” says the project's original instigator Henry Kaiser, who then listed the salient qualities of his fellow players here: the ability to listen, kindness, generosity, and—rare in this electric realm—a sense of humor. All those factors were at work on this new recording.