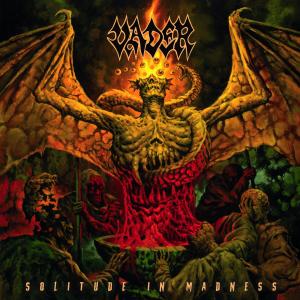 Polish death metal metallers VADER will release their 16th studio album, "Solitude In Madness", on May 1 via Nuclear Blast. For "Solitude In Madness", VADER went outside its comfort zone to Grindstone Studios in Suffolk, England, where the band teamed up with one-stop shop Scott Atkins to engineer, produce, mix, and master for four weeks in summer 2019. The album artwork was created by Wes Benscoter (AUTOPSY, CATTLE DECAPITATION).