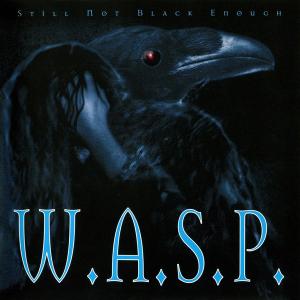 Still Not Black Enough is the sixth studio album by American heavy metal band W.A.S.P., first released on June 10, 1995 in Japan only. It was not released in the U.S. until August 1996 through Castle Records. Still Not Black Enough was originally slated for release as a Blackie Lawless solo album, but due to the heavy content, Lawless changed his mind and decided to release it as a W.A.S.P. album. This had also been the case for the previous album, The Crimson Idol. Still Not Black Enough is considered somewhat a successor to The Crimson Idol, bearing a strong resemblance with its lyrical themes. However, instead of telling the story of the fictional character Jonathan, this album is mostly a collection of personal songs from Blackie Lawless, including issues involving the death of his mother and personal crises just after world tour for The Crimson Idol. 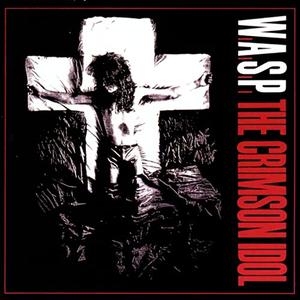 The Crimson Idol was released on May 24th, 1992. A remastered edition was reissued in 1998, containing a bonus disc of B-sides and live material from 1992. This being the band’s fifth studio album, reached the top 40 in over five countries. This was also one of the bands first attempts of a concept album which tells of the rise and fall of fictional rock star Jonathan Steel. 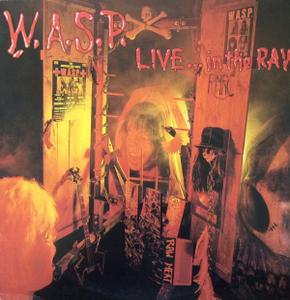 Live…In the Raw is the first live album by W.A.S.P. (fourth album overall), released in 1987. This album can be seen as something of a breakwater between the 'old' W.A.S.P. of the first three albums and the more mature sound of the releases that would follow. It is also the album to feature "Harder Faster", which is about the PMRC declaring them "sexual perverts". "The Manimal" and "Harder Faster" were written specifically for this album and the studio song "Scream Until You Like It" was recorded for the movie Ghoulies II. The acoustic version of "Sleeping (In the Fire)" is also a studio recording. This would be the final release to feature drummer Steve Riley, who would leave the band shortly after the conclusion of the tour to join L.A. Guns. 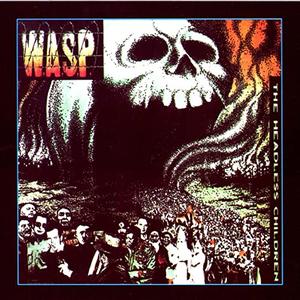 The Headless Children is the fourth studio album by heavy metal band W.A.S.P., released in April 1989 through Capitol Records. The Headless Children showcases a new level of maturity from the band compared to their previous three albums, which had stereotypically lewd "rock and roll" lyrics. Politics and social issues are now a theme throughout the album. The Headless Children was the first W.A.S.P. album to feature ex-Quiet Riot drummer Frankie Banali and the last studio album to feature guitarist Chris Holmes for nearly a decade until he rejoined the band in late 1997 to record Kill Fuck Die.