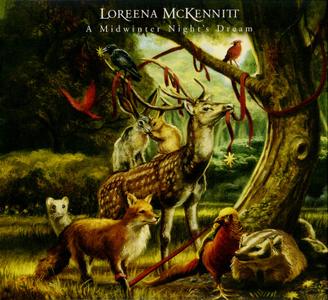 Canadian singer/composer/harpist Loreena McKennitt's lush Celtic-infused balladry and worldbeat sensibilities lend themselves well to holiday music, a genre she toyed with in 1995 on her Winter Garden: Five Songs for the Season EP. Released in 2008, A Midwinter Night's Dream takes those five songs (newly remastered) "Coventry Carol," "God Rest Ye Merry, Gentlemen," "Good King Wenceslas," "Snow," and "Seeds of Love," and adds eight new songs (all of which were recorded at Peter Gabriel's Real World recording studio) including "The Holly and the Ivy," "In the Bleak Midwinter," "Breton Carol," and "Emmanuel." The songs are immaculately produced as always, and McKennitt's predilection for Eastern mysticism and unique instrumentation keeps them from falling into the usual seasonal clichés. 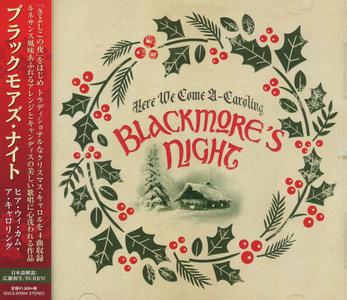 The traditional Folk-Rock band, founded in 1997 by legendary guitar icon Ritchie Blackmore and award-winning vocalist Candice Night, releases their brand-new holiday EP “Here We Come A-Caroling”. The brand-new EP features four beautiful reinterpretations of classic Christmas carols reimagined in the unique Blackmore’s Night sound. The festive songs ‘Here We Come A-Caroling’, ‘It Came Upon A Midnight Clear’, ‘O Little Town Of Bethlehem’ and the all-time classic ‘Silent Night’ evoke a warm new-yet-familiar feeling and are bound to warm the hearts and homes of many fans this holiday season. 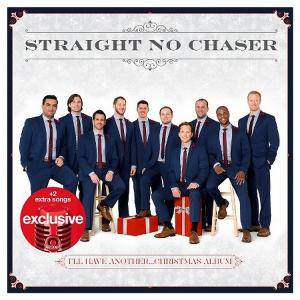 Acclaimed a cappella ensemble Straight No Chaser's cheekily titled 2016 effort I'll Have Another…Christmas Album is the group's third full-length holiday album since their 2008 debut, Holiday Spirits. Recorded at their original home of Indiana University in Bloomington, Indiana, the album features a handful of beloved Christmas carols and holiday standards including "Do You Hear What I Hear?," "Joy to the World," and "Have Yourself a Merry Little Christmas." As with previous albums, Straight No Chaser also apply their sophisticated harmonies to several contemporary pop classics like Mariah Carey's "All I Want for Christmas Is You," Kenny Rogers' "The Greatest Gift of All," and more. Also included are several brand new compositions from Straight No Chaser including the buoyant "Feels Like Christmas," featuring Jana Kramer. 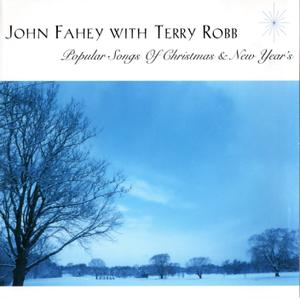 The famously abrasive and eccentric John Fahey – a brilliant guitarist and composer who once recorded under the name Blind Joe Death – is not the first person one would expect to make a sweet and apparently unironic album of Christmas instrumentals. Being the bloody-minded coot that he was, he made several, all of them wonderful. Popular Songs of Christmas & New Year's is the second of them, this one recorded with the help of fellow guitarist Terry Robb.

Gwen Stefani - You Make It Feel Like Christmas (2017) {Japanese Edition} 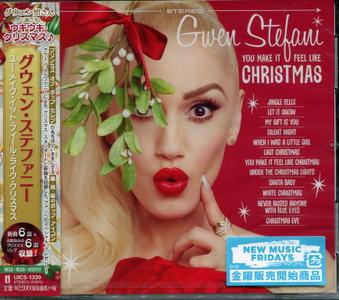 Showbiz has been in Gwen Stefani's blood since the start of her career, which is the reason why she, unlike many '90s alt-rock veterans, can seem at home within the confines of the televised musical competition The Voice. Her very presence on The Voice, one of the last genuinely popular franchises on network television in the 2010s, guaranteed the existence of an album like You Make It Feel Like Christmas, one that's pitched directly in the mainstream. You Make It Feel Like Christmas plays upon her romance with co-host Blake Shelton, making her bouncy duet with the country singer the album's title track and first single. 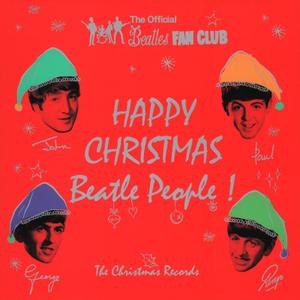 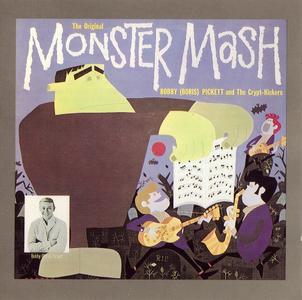 "Monster Mash" is one of the all-time great holiday songs, resurfacing (and sometimes charting) every Halloween without fail. The Original Monster Mash is the accompanying Top 20 album from 1962, on which Pickett leads off with his big hit before plying his Boris Karloff shtick for another 15 songs. Pickett's other Top 100 monster hit, the Christmas novelty "Monsters' Holiday," is here as well, along with dated jokes about Fabian ("Rabian - The Fiendage Idol") and then-current dance crazes ("Transylvania Twist," "Skully Gully"). "Let's Fly Away" is a brief Stan Freberg send-up that replaces "John and Marsha" with Dracula and Vampira. The Crypt-Kickers were an all-star band that counted Leon Russell, producer Gary Paxton, and other famous folks among its members, and the album remains a fine Halloween party platter year and years later. Unfortunately, the album was remixed for CD release in 1991, and the vocals are obscured in the mix so that the generic rock backing often prevails over the "spooky" dialogue and singing, which defeats the point for a novelty effort such as this. 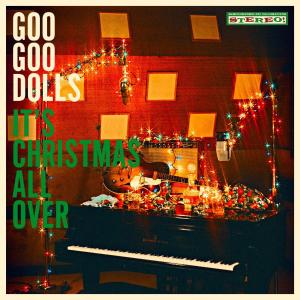 Multi-platinum, four-time GRAMMY-nominated rock band Goo Goo Dolls have announced they will release their first-ever holiday recordI t’s Christmas All Over on October 30th, 2020 via Warner Records. Comprised of cover renditions of classic fan-favorites as well as two new originals all in the spirit of Christmas, the album promises to deliver a much-needed warmth and hope to 2020. Produced by frontman John Rzeznik alongside the band’s longtime collaborators Brad Fernquist and Jimmy McGorman, the record was created during lockdown this year. 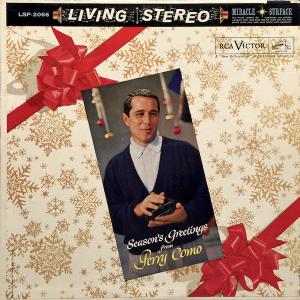 A holiday album in the classic Perry Como mold, Season's Greetings is warm and relaxed, with lush renditions of "Winter Wonderland," "The Christmas Song," "O Holy Night" and seven other Christmas favorites. 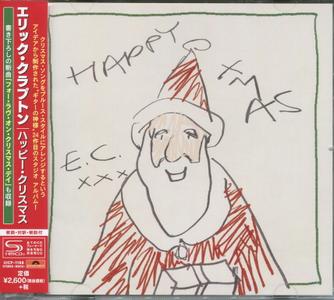 Happy Xmas, Eric Clapton's first Christmas record in a career that's spanned over four and a half decades, certainly bears its share of seasonal charm, but it's also of a piece with the warm, amiable music he's made in the 2010s. Like Old Sock and I Still Do before it, Happy Xmas relies on songs from other songwriters (he wrote only one tune, the slow-burning "For Love on Xmas Day") and cooks to a cozy groove that's grounded in the blues but also encompasses soul, reggae, rock, and a bit of vaudeville shuffle ("Xmas in My Hometown"). This homey atmosphere is certainly suited for the season, even if it rarely sounds like a typical holiday record. 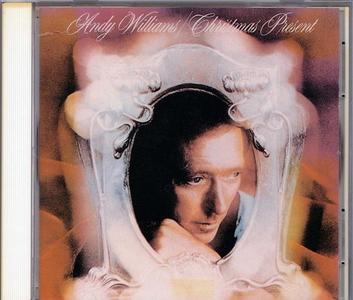 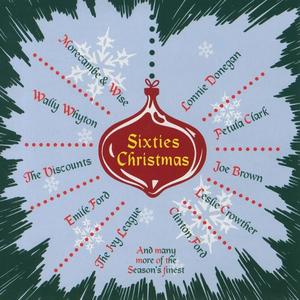 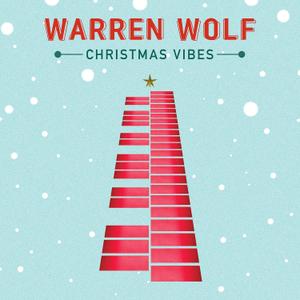 There’s no shortage of Christmas music out there that can evoke the holiday spirit. But it takes a master of groove and swing like Warren Wolf to conjure a true feeling of Christmas Vibes. On his new album, the vibraphone great and father of five offers an album of jazzy Yuletide cheer sure to provide the ideal soundtrack to the season for the hippest families on the block. Wolf takes an even more prominent role than usual on Christmas Vibes, playing all the piano and keyboard parts as well as spotlighting his usual virtuosity on the vibes. In part, it was the outcome of necessity: the album was recorded in mid-March, just as much of the country was beginning to shut down due to the COVID-19 pandemic, necessitating some last-minute changes of plan. But it also gave the leader a long-overdue opportunity to showcase his multifarious talents. 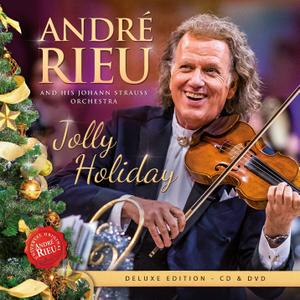 André Rieu, AKA ‘The King of the Waltz’, is thrilled to announce his brand-new Christmas album, “Jolly Holiday”on CD & DVD. André Rieu says: “Christmas is my favorite time of the year! With this album I want to take all of you on a beautiful musical journey to winter wonderland – into the world of Santa Claus, the magic of Christmas and the beauty of the season.” It has long been a dream of André Reu to perform a Christmas concert in his hometown. And that dream came true! He created his very own Winter Palace in Maastricht and filled it with the most glorious festive music. You can now enjoy an exclusive look behind the scenes - including the most beautiful songs from the concert - on this brand new CD & DVD.

Michael McDonald - In The Spirit: A Christmas Album (2001) 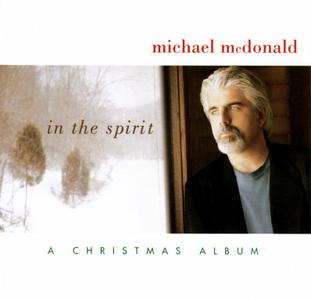 In the Spirit: A Christmas Album is everything a Michael McDonald fan could want from a holiday album by one of the greatest blue-eyed soul vocalists of all time. It's firmly within the tradition of latter-day Doobies records and early McDonald solo efforts, resulting in a really pleasing sound, equal parts classic soft rock and classy pop-soul, but there are some differences that give it its own character. First of all, there is a reason why the album is released on MCA Nashville, and there are some hints of contemporary country on songs like "On This Night" and in the arrangement of "Angels We Have Heard on High."