This is classic material. 4 CD's loaded with one song after another of magic guitar playing. The sound is terrific and Mary Ford adds great vocals to many of the cuts although there are also many instrumentals. The years covered here are from 1948 - 1957 and includes some portions of the Les Paul Radio Show with songs and dialogue between Les and Mary. In addition to being a guitar genius, Les Paul was also an inventor who developed a variety of techniques still used today (such as multi-tracking) and they are on display in this set of music. Wonderful music, great sound, terrific vocals. This is music made in a different era before rock took over the airwaves. There is nothing in your face about it and there is a 40's feel to the pop tunes but great music stands the test of time and this certainly qualifies. Highly recommended. 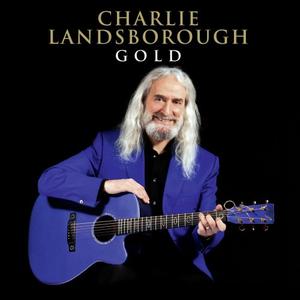 Crimson Gold presents Charlie landsborough 'Gold', the only compilation you'll ever need. In the words of 'the Roy Le family''s Ricky tomlinson, "Charlie landsborough is another of those singing sensations who found overnight success and stardom in only just under 30 years!!". At the age of 53 Charlie scored his first hit record with the Irish chart topper, 'what colour is the wind', in 1994. The parent album also reached number 1 in the Irish album charts, removing Garth Brooks from the top spot and fought off fierce competition from celine Dion. In the UK, Charlie landsborough has sold more than 750, 000 albums, including four Silver and one Gold status albums! Charlie has received countless country music awards. In 1996 and 1998 he received most NOMINATIONS. His songs have been covered by artists including Daniel O'Donnell, Foster & Allen, Jack Jones, Pat boone, and George Hamilton IV. This 57-track/3CD 'Gold' Collection includes a vast selection from across his catalogue of more than 20 albums.

Hank Williams - Pictures From Life's Other Side: The Man and His Music In Rare Recordings and Photos (2019 - Remaster) (2020) 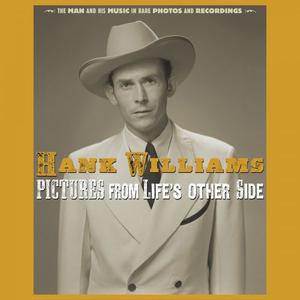 Hank Williams - Pictures From Life's Other Side: The Man and His Music In Rare Recordings and Photos (2019 - Remaster) (2020)
FLAC tracks | 07:09:20 | 1,1 Gb
Genre: Country / Label: BMG Rights Management
Carefully curated and assembled with leading music historian and Hank biographer Colin Escott. The book features over 200 images of Hank, including dozens of rare and unseen photos The book is packaged with six CDs of Hank’s live in-studio performances known as the “Mother’s Best” radio shows, newly restored and remastered to sound better than ever. It will be a must-have item for every Hank collector and country music fan, especially coming on the heels of the release of Ken Burns’ (PBS TV) much-anticipated 16 hour documentary, Country Music.
Hank Williams
Details 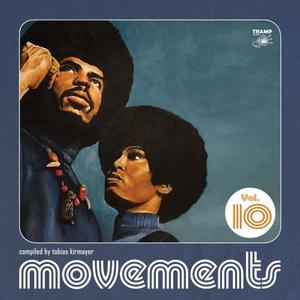 VA - Movements, Vol. 10 (2020)
FLAC tracks | 58:26 | 313 Mb
Genre: Soul, R&B, Funk, Jazz / Label: Tramp Records
Christina Aguilera, Donny Hathaway, and Gregory Porter. If you are curious to learn how these three names are connected with Movements Vol.10 then all you got to do is to reading the liner notes.Those of you who have been enjoying the detective work of the people behind the label over the past 18 years know that the Movements series can be easily considered as the flagship compilation series on Tramp. It covers a wide spectrum of genres: early Rhythm & Blues, Soul-Jazz, Latin-Soul, James Brown-style Funk, and mid-70s pre-Disco. The track listing is, as on all previous volumes, selected in chronological order.After having listened to the entire selection of this brand new volume we sincerely hope that we will have achieved our aim to surprise, delight, and enlighten you once again!
Details 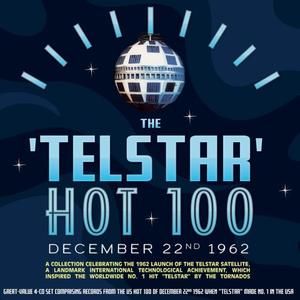 The Telstar Hot 100 December 22nd 1962 (2020)
FLAC tracks | 04:11:52 | 1,1 Gb
Genre: Pop Rock, Oldies / Label: Acrobat
4-CD Set with almost all Billboard Top 100 Charts of the week of December 22, 1962. an addition to Acrobate's popular America's Greatest Hits series and a companion to our previous top 100 and Hot 100 collections! Celebrate the groundbreaking international event in 1962 with the launch of the first Telstar telecommunications satellite and the worldwide number 1 hit of the Tornadoes it inspired. A fascinating musical snapshot from this period that will appeal to the many collectors of our Top 100 and America's Greatest Hits series.
Details 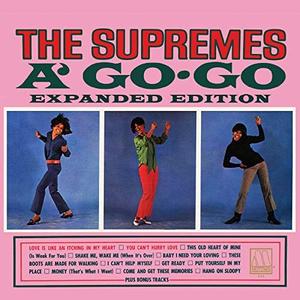 The Supremes - The Supremes A' Go-Go (Expanded Edition) (1966/2017)
WEB FLAC (Tracks) - 1 GB | Cover | MP3 CBR 320 kbps - 375 MB | 02:36:35
Funk, Soul, RnB, Pop | Label: UMC (Universal Music Catalogue)
Supremes A' Go-Go was the group's first number one pop album, propelled to that place with help from a chart-topping single ("You Can't Hurry Love") and a marketing ploy that generated an irresistible song lineup. And along with The Supremes Sing Holland-Dozier-Holland, Supremes A' Go-Go has held its value better than almost any of the trio's most successful albums (which excludes We Remember Sam Cooke) in fact, back in the days when vinyl was the only game in town, used copies of this record sold faster and better than any of their other common '60s LPs, and for good reason.
The Supremes UMC (Universal Music Catalogue) Expanded Edition
Details 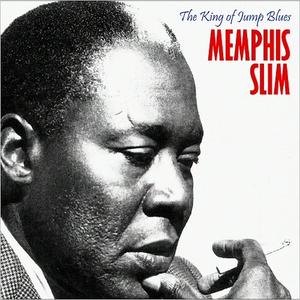 Memphis Slim - The King Of Jump Blues (Remastered) (2020)
FLAC tracks | 69:22 | 302 Mb
Genre: Blues, Oldies / Label: Master Tape Records
An amazingly prolific artist who brought a brisk air of urban sophistication to his frequently stunning presentation, John "Peter" Chatman – better known as Memphis Slim – assuredly ranks with the greatest blues pianists of all time. He was smart enough to take Big Bill Broonzy's early advice about developing a style to call his own to heart, instead of imitating that of his idol, Roosevelt Sykes. Soon enough, other 88s pounders were copying Slim rather than the other way around; his thundering ivories attack set him apart from most of his contemporaries, while his deeply burnished voice possessed a commanding authority.
Details 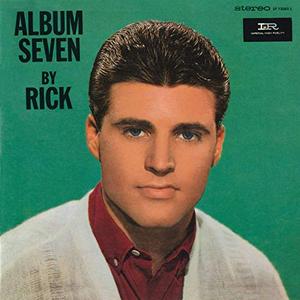 Ricky Nelson - Album Seven By Rick (Expanded Edition) (1962/2020)
WEB FLAC (Tracks) - 303 MB | Cover | MP3 CBR 320 kbps - 114 MB | 00:46:56
Pop Rock, Rockabilly | Label: Capitol Records
Rick Nelson achieved his first comeback in the spring of 1961 with the double-sided hit "Travelin' Man"/"Hello Mary Lou," and he made it last into 1962 by tapping "Travelin' Man" songwriter Jerry Fuller for the further hits "A Wonder Like You" and "Young World." Nelson did not hold recording sessions for LPs per se, but rather assembled his albums from a series of sessions. In a sense, this meant that a disc like Album Seven by Rick tended to consist of tracks that hadn't already been chosen as singles, presumably because they were deemed weaker than the ones that were picked.
Ricky Nelson Capitol Records Expanded Edition
Details 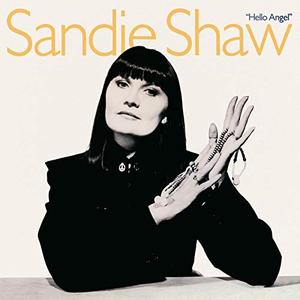 Sandie Shaw - Hello Angel (Deluxe Edition) (1988/2020)
WEB FLAC (Tracks) - 517 MB | Cover | MP3 CBR 320 kbps - 178 MB | 00:49:30
Pop, Pop Rock | Label: UMC (Universal Music Catalogue)
British pop star Sandie Shaw had already passed through phases of being a teenage sensation, fashion designer, cabaret singer, and musical writer by the time her influence made it to the ears of the young Manchester band the Smiths in the '80s. Morrissey had championed Shaw's smoky girl group odes to loneliness as much as he borrowed from them, and by the time of 1988's Hello Angel, the two had become good friends and even collaborators. While the album has its ups and downs, the five songs co-penned by Morrissey, including three tunes from the time of the Smiths' first album ("Jeane," "I Don't Owe You Anything," and an especially dark version of "Hand in Glove") are essential for any fan to understand the circle of influence.
Sandie Shaw UMC (Universal Music Catalogue) Deluxe Edition
Details 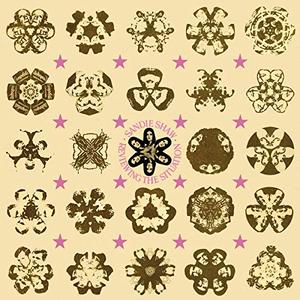 Sandie Shaw - Reviewing The Situation (Deluxe Edition) (1969/2020)
WEB FLAC (Tracks) - 376 MB | Cover | MP3 CBR 320 kbps - 146 MB | 01:00:49
Pop, Pop Rock | Label: UMC (Universal Music Catalogue)
On her last album of the '60s, Shaw proved that she was hipper than a lot of people would have suspected. Moving away from the usual light pop and MOR, she chose a set of covers heavy on material by the likes of Bob Dylan, the Lovin' Spoonful, the Rolling Stones ("Sympathy for the Devil"!), Led Zeppelin's "Your Time Is Gonna Come" (double exclamation point!), Donovan, Dr. John, and the Bee Gees. Which doesn't mean it's a great album. It's thoughtfully arranged and energetically delivered, but Shaw's slight, wispy voice is as ill-suited for some of the material as a nun is for the mosh pit.
Sandie Shaw UMC (Universal Music Catalogue) Deluxe Edition
Details 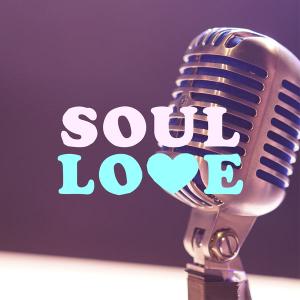 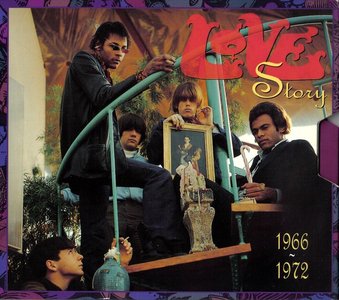 Love was an American rock group of the late 1960s and early 1970s. They were led by singer, songwriter and guitarist Arthur Lee and the group's second songwriter, guitarist Bryan MacLean. One of the first racially diverse American pop bands, their music reflected different influences, combining elements of rock and roll, garage rock, folk and psychedelia. While finding only modest success on the music charts, Love would come to be praised by critics as one of the finest and most important American rock groups of all time. Their third album, Forever Changes (1967), is generally regarded as their masterpiece, included in the Library of Congress' National Recording Registry in 2011. Double-CD box contains most of their classic first three albums (including the entirety of Forever Changes), all three non-LP tracks from their 1966-1968 prime, and highlights of the post-Bryan MacLean albums from the late '60s and early '70s. 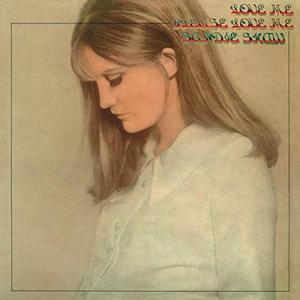 Sandie Shaw - Love Me, Please Love Me (Deluxe Edition) (1967/2020)
WEB FLAC (Tracks) - 426 MB | Cover | MP3 CBR 320 kbps - 173 MB | 01:13:20
Pop | Label: UMC (Universal Music Catalogue)
Fresh from her triumph at the 1967 Eurovision Song Contest, Shaw concentrated on determinedly MOR pop (not pop/rock) material on her third album. The program focused on songs by Jacques Brel, Antonio Carlos Jobim, Cole Porter, and the like, with only two contributions by her longtime songwriter Chris Andrews. She's no Barbra Streisand, to put it mildly, and the results held little charm either for her fan base or the larger adult market that she may have been trying to reach. The CD reissue is made more palatable by the addition of both sides of four 1967-68 singles, almost all of which were written by Andrews. These are more consistent with the pop/rock lite of her mid-'60s work, but are weaker than her biggest hits, although "Tonight in Tokyo," "You've Not Changed," and "Today" all made the UK Top 30; the Motown-influenced B-side "Stop" may be the highlight of the batch, although that's not saying much.
Sandie Shaw UMC (Universal Music Catalogue) Deluxe Edition
Details 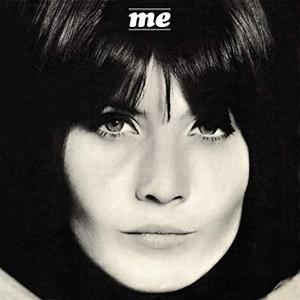 Sandie Shaw - Me (Deluxe Edition) (1965/2020)
WEB FLAC (Tracks) - 365 MB | Cover | MP3 CBR 320 kbps - 146 MB | 01:01:46
Pop | Label: UMC (Universal Music Catalogue)
Shaw's second album was a substantial improvement on her debut in every respect, though hardly a major effort. It helped that Chris Andrews (who wrote most of her hits) supplied a lot of the tunes. and Shaw herself contributed a fair effort with her first original composition, "Till the Night Begins to Die." "Down and Dismal Ways" is as down and dirty as Sandie ever got (which means that it's still pretty innocuous). Still, you can't help wondering how much better Lulu or Dusty Springfield would have done with the same material. No need to look for a rare, pricy copy of the original LP; all of the songs are included on the British double-CD compilation 64-67 Complete Sandie Shaw Set.
Sandie Shaw UMC (Universal Music Catalogue) Deluxe Edition
Details 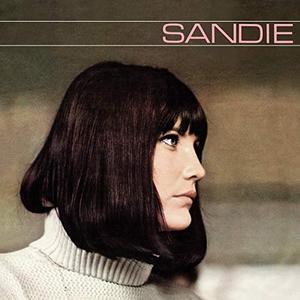 Sandie Shaw - Sandie (Deluxe Edition) (1965/2020)
WEB FLAC (Tracks) - 339 MB | Cover | MP3 CBR 320 kbps - 138 MB | 00:58:14
Pop | Label: UMC (Universal Music Catalogue)
Even if you're in the Sandie Shaw cult, you might be disappointed, even aghast, at the quality of her debut LP. From every standpoint, it betrayed hasty execution–wafer-thin production, shoddy original material (none of her early singles are included), lousy covers of American and British pop and rock hits, and one-dimensional vocalizing and interpretive skills from Sandie herself. The British public didn't care, sending it to #3 in the charts; in fact, it was her most successful album in the U.K. The LP was reissued in its entirety as part of the 55-track 64/67 Complete Sandy Shaw, where listeners can easily skip it or program its omission if they want to stick with the singles.
Sandie Shaw UMC (Universal Music Catalogue) Deluxe Edition
Details
Publication archive