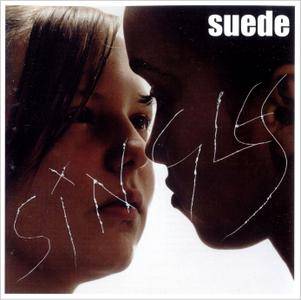 Few bands in the '90s Brit-pop scene carried as much melodramatic weight as Suede. Singles, despite its generic moniker, does an excellent job illuminating the fact that Bernard Butler and Brett Anderson were far more David Bowie and Mick Ronson than the oft-cited Morrissey/Johnny Marr press quips would have you believe. The group's penchant for neo-glam excess and apocalyptic grandstanding inundated their entire time line, from 1992's "Animal Nitrate" and "Metal Mickey" all the way through to 2002's New Morning, despite the switching out of Butler for the flashier Richard Oakes. While the group's 1993 debut and 1994 follow-up Dog Man Star remain required listening for anyone with even a passing interest in the scene, this collection, paired with 1997's Sci-Fi Lullabies, presents a near perfect picture of one of the late-'90s most underrated acts. 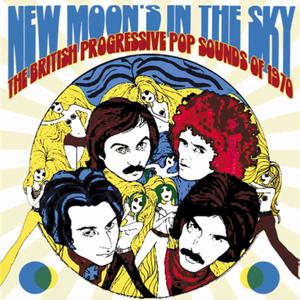 Having documented the British psychedelic scene with anthologies devoted to the years 1967, 1968 and 1969, Grapefruit's ongoing series fearlessly confronts the dawn of the Seventies with a slight rebrand. New Moon's In The Sky: The British Progressive Pop Sounds Of 1970 features (appropriately enough) seventy tracks from the first year of the new decade as the British pop scene adjusted to life without The Beatles. The 3-CD set concentrates on the more song-based recordings to emanate from British studios during 1970, whether from a pure-pop-for-then-people perspective or the more concise, melodic end of the burgeoning progressive rock spectrum. 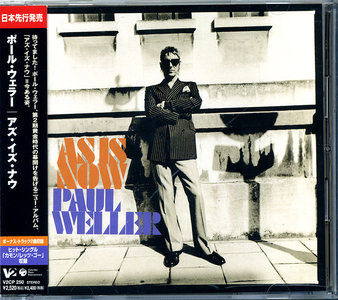 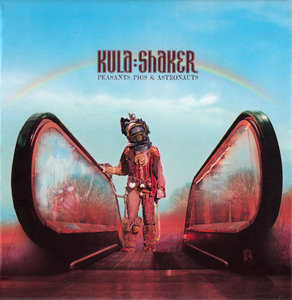 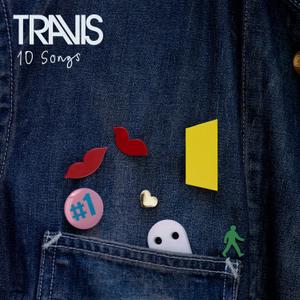 10 Songs is an album that holds you in its own emotional microclimate at the outset and keeps you there. It’s also a grown-up record. 10 Songs is a record about the way life comes at love and what love does to weather those challenges. “This is no rehearsal / This is the take,” sings Fran at the beginning of Waving At The Window, over an insistent piano hook, “Promises you once kept / Are going to break". 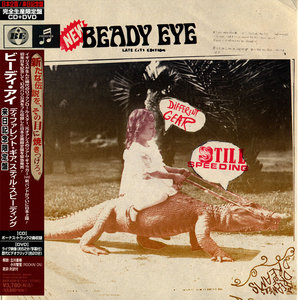 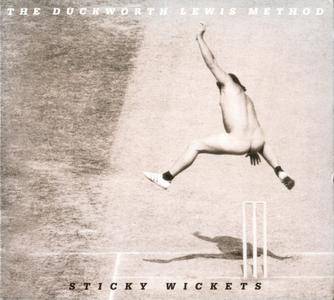 Responsible for surely the only concept album based around cricket, the Duckworth Lewis Method is the side project of Divine Comedy's Neil Hannon and Pugwash frontman Thomas Walsh. The duo, named after the complicated cricket scoring system, formed in 2008 after Hannon and Walsh met at Father Ted writer Graham Linehan's wedding in Ireland. After Walsh asked Hannon to contribute to a Christmas charity record, the pair discovered a mutual appreciation of ELO and cricket, and decided to combine the two to record an album together. Their self-titled debut was released two days before the 2009 Ashes through Hannon's own label, and reached number 40 in the U.K. charts. 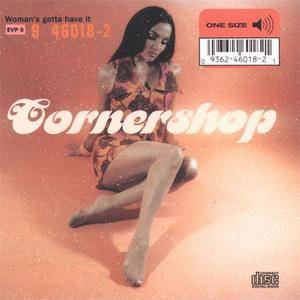 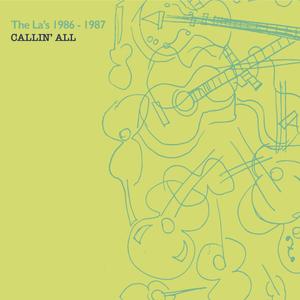 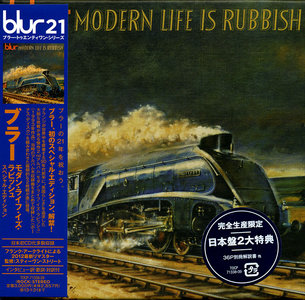 Blur - Modern Life Is Rubbish (1993) 2CD Japanese Special Edition 2012
EAC | FLAC | Image (Cue&Log) ~ 971 Gb | Mp3 (CBR320) ~ 317 Mb | Scans ~ 40 Mb | 02:18:28
Alternative Rock, BritPop, Dance-Rock | Label: EMI Music Japan | # TOCP 71338-39
To celebrate the 21st anniversary of their debut release, Blur s classic follow-up album Modern Life Is Rubbish has now been remastered from the original tapes by Frank Arkwright (The Smiths, Arcade Fire, New Order, Joy Division), with the remastering overseen by legendary original producer, Stephen Street. The Modern Life Is Rubbish Special Edition finally unites the non-album single Popscene (which was recorded whilst tracks from the album were being demo ed) with a Blur studio album. Also included in the accompanying bonus disc are all the Popscene, For Tomorrow and Chemical World b-sides (amongst which are nestled the Visit To Primrose Hill Extended Version of For Tomorrow, a reworked version of Chemical World and a cover of the Rod Stewart classic Maggie May. Completing the bonus disc are the b-sides to The Sunday Sunday Popular Community Song CD, (the official title of the main Sunday Sunday single release), the music-hall style covers of Daisy Bell and Let s All Go Down The Strand.
Blur Alternative Rock BritPop Dance-Rock
Details 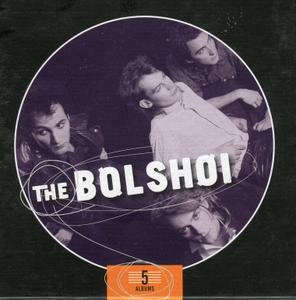 THE BOLSHOI 5 CD Box-Set of the complete recordings of Beggars Banquet's The Bolshoi. The package include a plethora of additional unreleased demos, rare B-Sides, and live recordings interwoven across: the debut EP Giants, THREE full-length albums: Friends, Lindy's Party, and the no-longer-lost, Country Life, and the 5th disc of various musical wonders, entitled, Voyage Of Peculiarities. 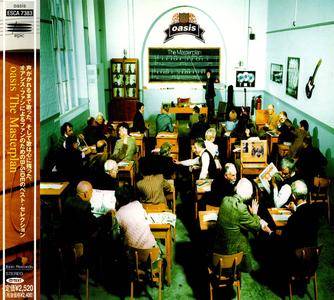 For American audiences, the phenomenal worldwide success of Oasis was a little puzzling. That's because they only had part of the picture – unless they were hardcore fans, they didn't hear nearly three albums of material released on B-sides and non-LP singles. Critics and fans alike claimed that the best of these B-sides were as strong as the best moments on the albums, and they were right. None of the albums had a song that rocked as hard as "Fade Away" (cleverly built on a stolen melody from Wham!'s "Freedom"), "Headshrinker," or "Acquiesce." There was nothing as charming as the lite psychedelic pastiche "Underneath the Sky" or the Bacharach tribute "Going Nowhere"; there was nothing as affecting as Noel Gallagher's acoustic plea "Talk Tonight" or the minor-key, McCartney-esque "Rockin' Chair," nothing as epic as "The Masterplan." Most bands wouldn't throw songs of this caliber away on B-sides, but Noel Gallagher followed the example of his heroes the Jam and the Smiths, who released singles where the B-sides rivaled the A-sides. This meant many American fans missed these songs, so to remedy this situation, Oasis released the B-sides compilation The Masterplan. 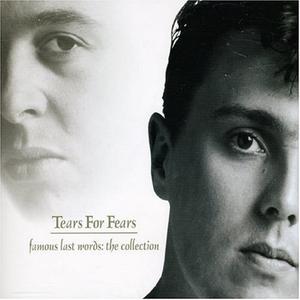 Two CD set packed with hits, rarities and album tracks from the '80s duo. The complex pop of Tears For Fears provided an antidote to the excesses of the UK and US hit parades in the middle '80s. Their dark, brooding nature and boundlessly catchy material made the West Country duo some kind of anti-Wham! Their success was enormous, spreading to America where they were to enjoy two No.1 singles and a chart-topping album!. 35 tracks including 'Change', 'Mad World', 'Sowing The Seeds Of Love', 'Shout', 'Everybody Wants To Rule The World' and many more. Spectrum. 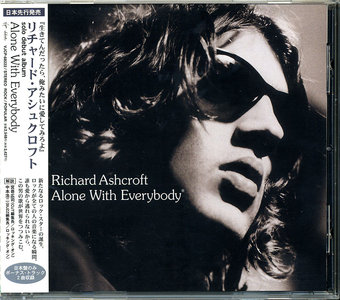 Alone with Everybody is the first solo album by English singer-songwriter Richard Ashcroft, released in June 2000. The songs "A Song for the Lovers", "C'mon People (We're Making It Now)" and "New York" were initially recorded with the Verve for their 1997 album Urban Hymns, but were never released. The two bonus tracks feature on the Japanese version of the album. 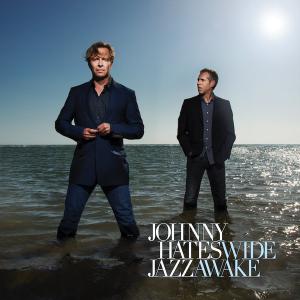