Ian Gillan was one of the foremost vocalists of the heavy metal style of rock that emerged in the 1970s, earning his greatest renown as a member of Deep Purple, though he also led bands named after himself… 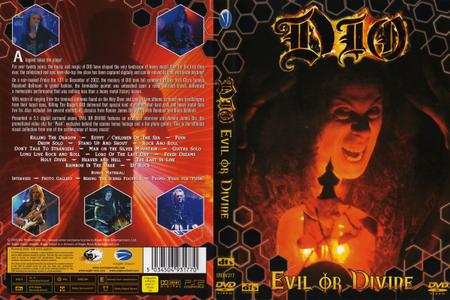 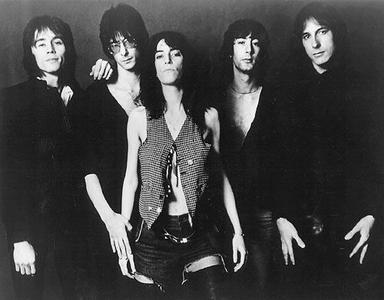 Punk rock's poet laureate Patti Smith ranks among the most influential female rock & rollers of all time. Ambitious, unconventional, and challenging, Smith's music was hailed as the most exciting fusion of rock and poetry since Bob Dylan's heyday… 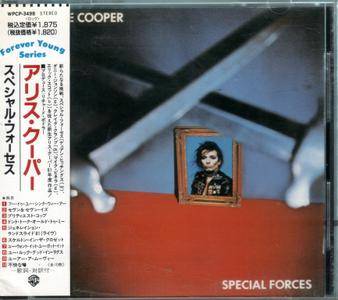 Since the original Alice Cooper band was a major catalyst in the creation of punk rock (Cooper's snide lyrics, the band's raw rock, etc.), by the early '80s Cooper decided to re-embrace the genre after such overblown albums as From the Inside distanced him from his roots. The resulting album, 1981's Special Forces, was Cooper's most stripped-down and straightforward since his classic early-'70s work. But without the original Cooper band to back him up and help out with the songwriting, it's an intriguing yet sometimes uneven set. Cooper was heavily into the guns and ammo publication Soldier of Fortune at the time; hence the album title and lyrical subject matter. 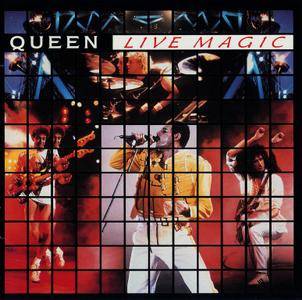 As Queen's second live album, Live Magic might appear to be a bit unnecessary, but a closer look reveals that it's a better record than the previous Live Killers. Culled from a variety of dates from the 1986 Kind of Magic tour but concentrating on the final show at Knebworth, Live Magic captures Queen, and Freddie Mercury in particular, at the height of their powers. While the set list might rely a bit too heavily on mediocre mid-'80s material for some tastes, the band is tight and professional, and Mercury has an undeniable hold over the crowd. It's to Queen's credit that the energy rarely dips over the course of the record. Live Magic may be designed for hardcore fans, but for those listeners, it will provide a number of highlights, proving that the band's remarkable performance at Live Aid was no fluke. 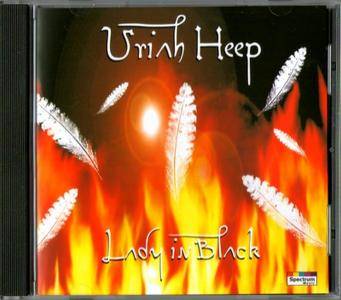 Lady In Black is the compilation album by British rock band Uriah Heep released in 1994. The CD gives a good overview of the songs of the band from 1971 to 1983. Titles like Lady in Black, Easy Livin ', Gypsy with the first singer David Byron are certainly part of the history of music. For people who like to hear great music from the seventies, this collection is highly recommended. 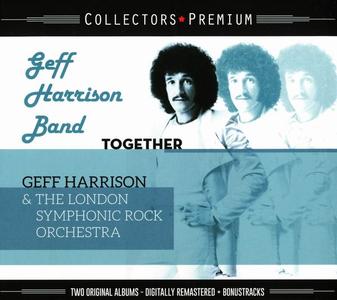 After the success of the re-released first album of Twenty Sixty Six And Then MIG comes up now with a complex Collectors Premium edition of two further classics by Geff Harrison.
After the break-up of Twenty Sixty Six And Then, Geff Harrison became the singer with among other bands Kin Ping Meh, before he made his dream come true: to collaborate with a big orchestra, the London Symphonic-Rock Orchestra. Ralph Siegel was persuaded to finance the whole project. Trevor Jones who had also worked with the Moody Blues sat in the producer’s chair… 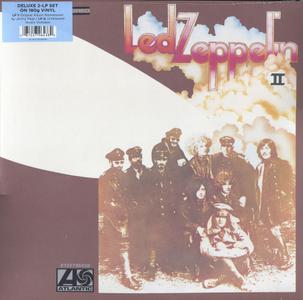 Recorded quickly during Led Zeppelin's first American tours, Led Zeppelin II provided the blueprint for all the heavy metal bands that followed it. Since the group could only enter the studio for brief amounts of time, most of the songs that compose II are reworked blues and rock & roll standards that the band was performing on-stage at the time… 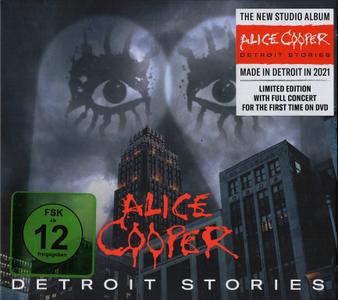 On his 2019 EP Breadcrumbs, shock rock pioneer Alice Cooper paid tribute to his hometown of Detroit, working in a Detroit studio with a host of musicians from the city recording a smattering of covers of Bob Seger, the MC5, Suzy Quatro, the Dirtbombs, and other Motor City favorites. Full-length album Detroit Stories expands on the theme begun with Breadcrumbs, presenting many of the EP's tracks again and fleshing out the record with new originals and covers. Showing up a second time are high-spirited covers of the MC5's "Sister Anne," Seger's "East Side Story," and original tunes "Go Man Go" and "Detroit City 2021" (updated from its title "Detroit City 2020" on the EP). 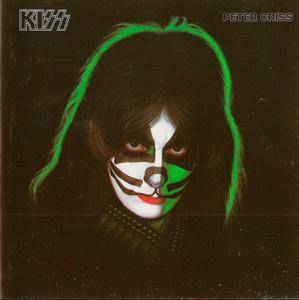 At the peak of their popularity in 1978, Kiss decided to maximize their sales potential and exploit their loyal audience by having each member release a solo record on the same day. Instead of sending sales through the roof, it had the unexpected effect of stopping their momentum cold… 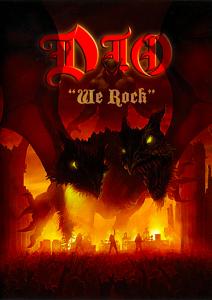 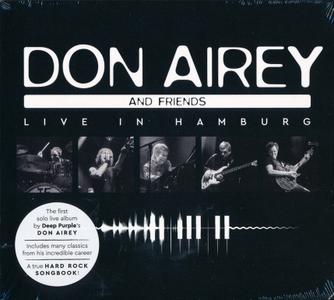 “Live In Hamburg” is the first solo live album by the keyboard virtuoso Don Airey, known as a member of Deep Purple – out on February 26th. Recorded absolutely live in March 2017 at the Fabrik Club in Hamburg. Touring with the great and the good for decades, Don Airey has never been on the road with his own solo project. This changed when he first toured Germany in 2017 as “Don Airey & Friends”. His Friends – of course, all true professionals in their own right – are lead singer Carl Sentance (Nazareth), ex-Black Sabbath bassist Laurence Cottle, guitarist Simon McBride (Sweet Savage) and drummer Jon Finnigan (Gang of Four). Being one of the most recorded keyboardists of all time, with over 300 albums in which he has participated, the setlist in Hamburg’s famous Fabrik included top-class hits and all-time favorites from his career such as ‘Since You’ve Been Gone’ by Rainbow, ‘Still Got The Blues’ by Gary Moore or Deep Purple’s ‘Child In Time’ (which Deep Purple isn’t performing live anymore). 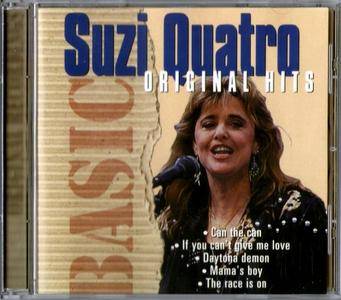 Susan Kay Quatro is an American rock singer-songwriter, multi-instrumentalist and actress. She was the first female bass player to become a major rock star, breaking a barrier to women's participation in rock music. In the 1970s, Quatro scored a string of hit singles that found greater success in Europe and Australia than in her homeland. She reached no. 1 in the UK and other European countries and Australia with her singles "Can the Can" (1973) and "Devil Gate Drive" (1974). Following a recurring role as bass player Leather Tuscadero on the popular American sitcom Happy Days, her duet "Stumblin' In" with Smokie's lead singer Chris Norman reached No. 4 in the US.

Graham Bonnet Band - Meanwhile, Back In The Garage (2018) 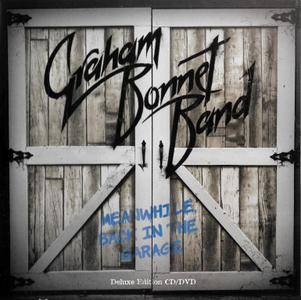 Graham Bonnet is a hard rock legend with a pedigree to back that statement up. His stints with Rainbow, MSG, Alcatrazz, and Impellitteri prove he is one of the finest rock vocalists of his generation. Fresh off a stint with Michael Schenker Fest, Graham is preparing to return with a new Graham Bonnet Band album, "Meanwhile, Back In The Garage". Crafted with Kurt Jameson guitar (Joey Tafolla performs all rhythm and lead guitars on this album except for track 3, which was performed by Kurt James), Beth-Ami Heavenstone on bass, Jimmy Waldo on keyboards, and Mark Benquechea on drums, "Meanwhile, Back In The Garage" sees Bonnet showing why he has been and still is one of the premiere vocalists in hard rock! FOR FANS OF: Michael Schenker's Temple Of Rock, Alcatrazz, Yngwie Malmsteen, Rainbow. 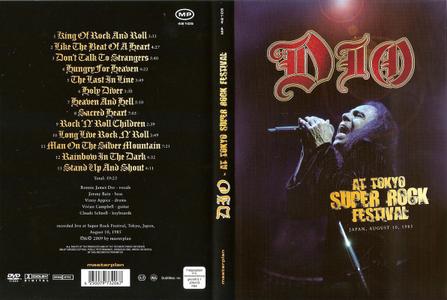