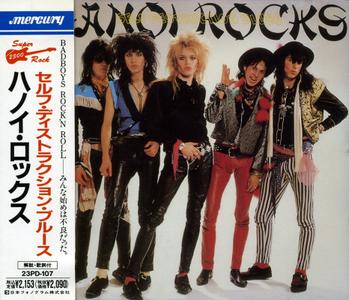 Hanoi Rocks resolutely break no bounds on the band's third studio effort, Self Destruction Blues, but then again, anyone expecting that was in the wrong place; those expecting obvious nods to the likes of Ziggy-era Bowie, Mott the Hoople, and the like, though, would be in heaven… 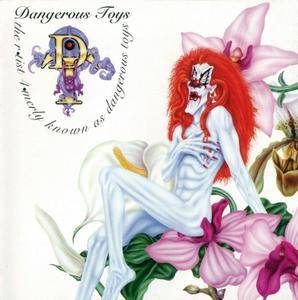 Dangerous Toys is an Austin, Texas-based hard rock band with often humorous lyrics. Founded in 1987, Dangerous Toys had released four full-length albums and one live album before unofficially disbanding at the turn of the millennium. The R*tist 4*merly Known as Dangerous Toys is the fourth album by Dangerous Toys. The album's title is a parody of the name used in reference to American recording artist Prince from 1991 - 2000. The album cover art work is also a parody of Prince's album Lovesexy. 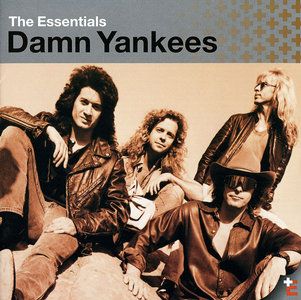 The members of supergroup Damn Yankees were all stellar players – besides Ted Nugent, they boasted rock & roll veterans Tommy Shaw (Styx), Jack Blades (Night Ranger), and Michael Cartellone (Dixie Dregs) – and clearly stood over most of their peers. Still, patching together two albums' worth of highlights and calling it "essential" is a somewhat ludicrous concept. Anyway, both of the band's albums delivered solid if unspectacular rock radio-friendly singles such as "Coming of Age," "Don't Tread," and, of course, the group's über-power ballad "High Enough." This is the best place to start your Damn Yankees collection. 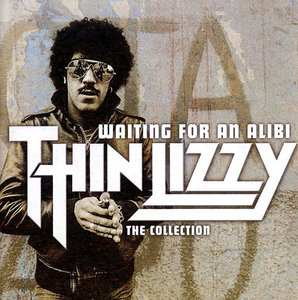 This 2011 budget-priced U.K. collection offers up a nice balance between Thin Lizzy’s radio hits ( "Boys Are Back in Town", "Whiskey in the Jar", "Killer on the Loose", "Dancin’ in the Moonlight") and overlooked gems like "Soldier of Fortune", "Opium Trail", and "King’s Vengeance". Twenty tracks strong, Waiting For An Alibi: The Collection holds its own against other single-disc overviews like 2004’s Greatest Hits and 2006’s Definitive Collection (2002’s exhaustive box set Vagabonds Kings Warriors and Angels still provides the most bang for the buck) and provides the perfect gateway for listeners looking to get their first fix of Ireland’s first heavy rockers. 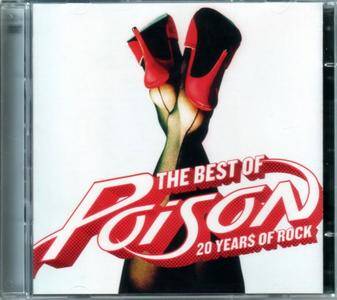 Poison - The Best Of Poison: 20 Years Of Rock (2006) {Remastered}
EAC Rip | FLAC (Img) + Cue + Log ~ 580 Mb | MP3 CBR320 ~ 187 Mb
Full Scans | 01:11:18 | RAR 5% Recovery
Hard Rock, Glam Metal | Capitol Records #0946 3 49513 2 6/349 532
The Best of Poison: 20 Years of Rock is a compilation album from the American rock band Poison, released to celebrate the band's 20 year anniversary. It has sold more than 1 million copies to date in the U.S as of September 2009. The album was released on April 3, 2006 on EMI. It features many songs from the band's 20-year career. Most notable is the song "Every Rose Has Its Thorn", which was the band's biggest hit, a power ballad. A rare cover of the KISS classic "Rock and Roll All Nite" appears, previously only available on the soundtrack to the movie "Less Than Zero". The compilation also includes a new single, the Grand Funk Railroad roadie classic "We're an American Band", which also features a music video.
Details 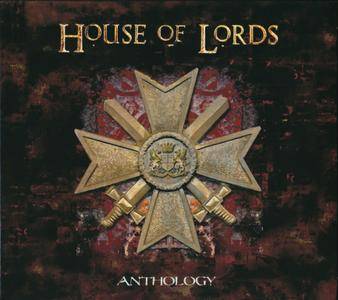 Anthology is a compilation of rare demos and live recordings by House of Lords, released on October 14, 2008. The album was mixed and produced by the band's original drummer Ken Mary. Begun as one of Gene Simmons pet projects for the record label bearing his name, House Of Lords (originally known as Giuffria) has been producing what has become known as AOR/melodic rock for over 20 years. The House Of Lords trademark sound combines the swagger of late '80s Whitesnake with the mystical power of Tony Martin-era Black Sabbath, and now the Lords' solid catalog gets a retrospective treatment with a well-deserved Anthology. 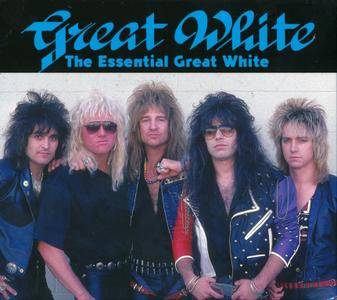 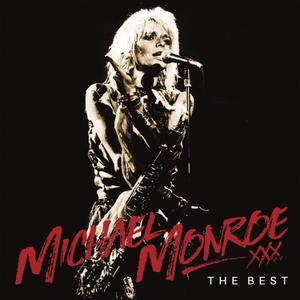 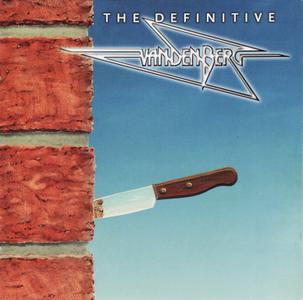 Finally there is a remastered definitive collection of one of the most popular Dutch hard-rock groups ever, including the international hit 'Burning Heart'. Disc one contains 18 studio tracks. Disc two is filled with rare demo's & live tracks. It even has three previously unreleased songs, 'Out Of Cash' (Demo), 'Help Me Thru The Night' (Demo), & 'Roll Through The Night' (Live In The U.S.A.)! 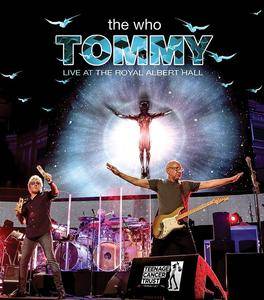 In April 2017 The Who took to the stage at London’s Royal Albert Hall to perform their rock opera “Tommy” live in its entirety for the first time in their long and illustrious career. Previous Who live shows had always dropped two, three or four tracks from the album but for this show in aid of the Teenage Cancer Trust the band would perform every track… 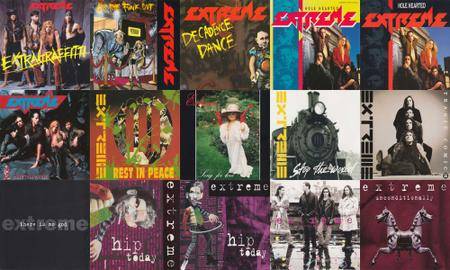 Extreme's music was never easy to classify, since it rarely confined itself to heavy metal, hard rock, or pop. The Massachusetts-based band formed in 1985; guitarist Nuno Bettencourt had already played in a local band with bassist Pat Badger, while singer Gary Cherone fronted his own group with drummer Paul Geary. The two bands eventually merged, and Cherone and Bettencourt formed a songwriting partnership that would soon place Extreme atop the Billboard charts, if only for a short period… 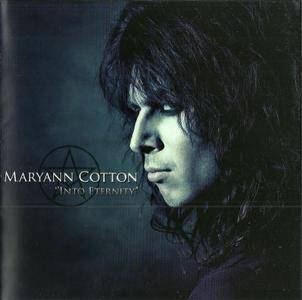 Maryann Cotton is a Danish / American shock rock singer, songwriter, and musician / hard rock band formed in 2007. He is considered by fans and peers alike to be “The Prince Of Shock Rock” and with energetic live performances he has made plenty of positive publicity around the world. Maryann Cotton – named after a famous serial killer – recorded in 2012 his debut album “Free Falling Angels”, which was featured and recorded by the original King Diamond band from 1989 / 1990, the album sold more than 20,000 copies in Europe – and managed to get on the U.S. Top 20 list as #8 in the New York Magazine Herald & Review. 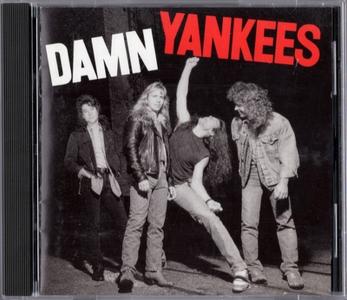 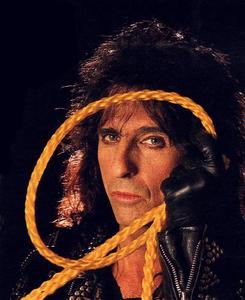 Alice Cooper (born Vincent Damon Furnier; February 4, 1948) is an American singer, songwriter, and actor whose career spans over fifty years. With his distinctive raspy voice and a stage show that features guillotines, electric chairs, fake blood, deadly snakes, baby dolls, and dueling swords, Cooper is considered by music journalists and peers alike to be "The Godfather of Shock Rock". He has drawn equally from horror films, vaudeville, and garage rock to pioneer a macabre and theatrical brand of rock designed to shock people… 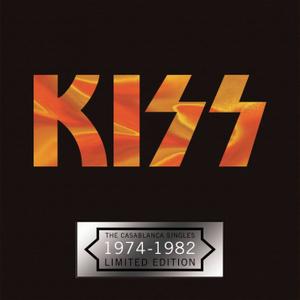 Multi platinum icons KISS release “The Casablanca Singles 1974-1982” Box Set in December 2012. This magnificent limited edition box set includes all 29 singles released on the legendary Casablanca label. LOS ANGELES, October 31, 2012: Rock legends KISS were the first signing to the late Neil Bogart’s newly formed Casablanca Records label after he saw and recognized their talent and showmanship during their spectacular performance at a showcase concert at New York City’s Le Tang’s Ballet Studio in 1973, offering them a contract on the spot. Now, KISS celebrates their 40th anniversary in 2013 having broken box-office records set by The Beatles and Elvis, more than 28 U.S. gold albums—the most gold records for any American rock band—40 million sales in the U.S. and a total exceeding 100 million worldwide.