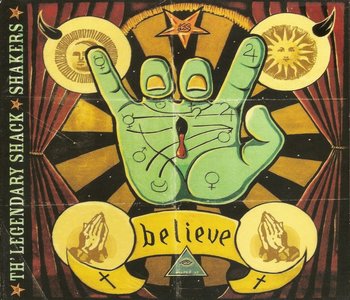 As the opening track, "Agony Wagon," shuffles out of the starting blocks like some sort of hillbilly klezmer chestnut, complete with violin and clarinet, you can't help but wonder if the Legendary Shack Shakers have done a 180 for their second album, 2004's Believe. Further research confirms this isn't quite the case, but Believe does find this band of hot-wired Nashville maniacs adding a few more flavors to their usual gumbo of country, blues, rockabilly, and punk. Fiddles and horns add seasoning to a few tracks, the group musters up a shade more technical finesse than they did on their blasting debut, Cockadoodledon't, and the graceful waltz-time "The Pony to Bet On" suggests this band might actually have some subtlety lurking deep down inside of them. But for the most part Believe shows the Shack Shakers's instincts remain mercifully unchanged – they're here to kick ass and get wild, and man oh man, are they good at it. 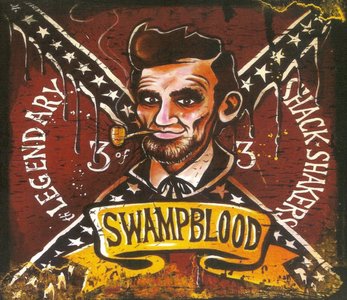 Th' Legendary Shack Shakers haven't called their fifth studio album Swampblood for nothing – there's plenty of the band's usual amped-up Dixie-core frenzy on this album, but as usual they continue to expand their musical palette with each album, and on this set the Tennessee hell-raisers have added a healthy portion of classic swamp rock to the menu. The title cut sounds like Tony Joe White if he'd been born under an especially bad sign, the dark harp-enhanced shuffle of "Old Spur Line" calls up the ghost of Slim Harpo, and "Hellwater" could be the best Creedence Clearwater Revival track John Fogerty and company never bothered to record. There's a lot more stylistic shape-shifting on Swampblood; "Eastern Flesh" and "Cheat the Hangman" show the band can still crank the tempos with the best of them, "The Deadenin'" and "When I Die" are a gloomy but energetic slices of Southern gothic, "Down and Out" is a weird ghostly march into the unknown, "He Ain't Right" is a whacked-out rockabilly stomp, and "Angel Lust"'s rollicking piano could pass for jazz in dim light. 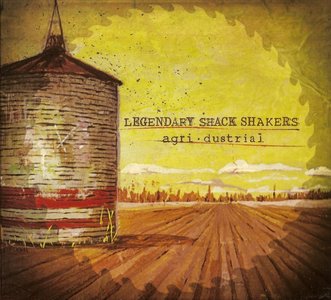 The Legendary Shack Shakers have long been known for their knack for grinding up the most unstable aspects of American roots music forms, including redneck country, punk, honky tonk, swamp blues, garage rock, and primal rockabilly and serving them up in a dark, steaming, 200-proof cocktail of chaos. But "Melungeon Melody" and "Killswitch," the track that closes the album, are extreme even by Shack Shaker standards. Why they'd choose to open a set with a discharge of unlistenable noise is anybody's guess, but the rest of the album finds the band in its familiar, over-the-top mode. 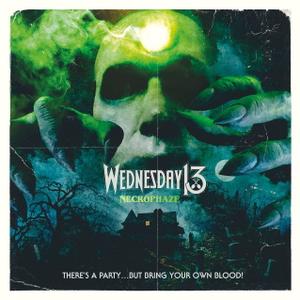 The Duke of Spook has returned once more from beyond the grave to reveal the »Necrophaze«! This latest, full length offering from the ghouls of WEDNESDAY 13 will be available on September 27th, 2019 via Nuclear Blast Records. Heavily influenced by the real life night terror occurrences of Wednesday himself, historical serial killers, and a slew of 80’s horror films, the ideas behind »Necrophaze« are bizarrely familiar, frightening, and a hell of a lot of fun. Being a collector of both media and toys, Wednesday 13 was inspired by a craving for variety to create dual album artwork for this release. »Necrophaze« is also the first WEDNESDAY 13 record with planned & performed guest spots which include appearances by Alice Cooper, Roy Mayorga of STONE SOUR (who provides an eerie, authentic, 80s inspired synth soundtrack-score to the album), Alexi Laiho of CHILDREN OF BODOM, and Christina Scabbia of LACUNA COIL. Also making an appearance on the album is Jeff Clayton: member of legendary punk bands ANTiSEEN & GG Allin’s MURDER JUNKIES. 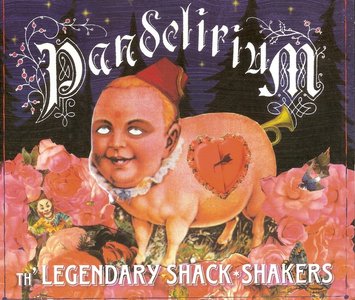 Shifting further away from the frantic blues and punkabilly than on their last album, the Shack Shakers morph into a more European, even Gypsy approach on much of this release. The band's third effort retains all the wild-eyed, frenetic, unhinged qualities that have by now become its calling card. Adding occasional piano, fiddle, horns, and banjo doesn't soften or dilute the overdriven intensity. Rather, it is heightened, as the barely half-hour disc careens and bounces along so breathlessly that most listeners wouldn't want the album to last any longer. Lead singer/harp player J.D. Wilkes remains the main attraction; he writes or co-writes all the songs and his often demonic vocals and frenzied harp shenanigans make this somewhat of a one-man project with lots of guests. 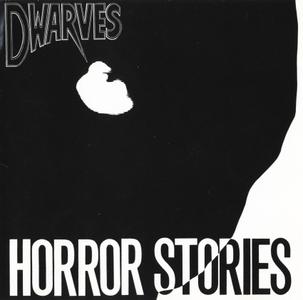 The Dwarves began in Chicago as a teen garage-rock Sonics-style outfit called The Suburban Nightmare, a sound that was partially carried over into the first Dwarves release, Horror Stories. After the first album, The Dwarves blazoned across the country for seven more years, leaving a trail of blood from their own self-inflicted gashes, drug stories unparalleled since Keith Richards' heroin heyday, bizarre stage-show sex acts, and numerous 15-minute-long live shows. 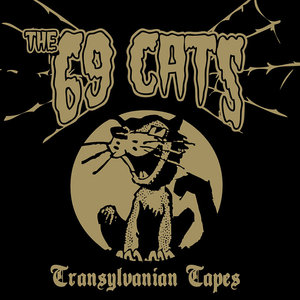 The debut album from gothabilly supergroup featuring 69 Eyes vocalist Jyrki rockin’ out with Head Cat six-string slinger Danny B. Harvey, former Cramps bassist Scott “Chopper” Franklin, and Blondie drummer Clem Burke! Includes a guest appearance by the queen of rockabilly herself, Wanda Jackson, on a stunning version of Elvis’s “She’s Not You” as well as other rock classics such as Del Shannon’s “Runaway” and Dwight Pullen’s “Sunglasses After Dark” plus Bauhaus’s “Bela Lugosi’s Dead” Duran Duran’s “Girls On Film” and lots more!

NoMeansNo - The Worldhood Of The World (As Such) (1995) {Alternative Tentacles} 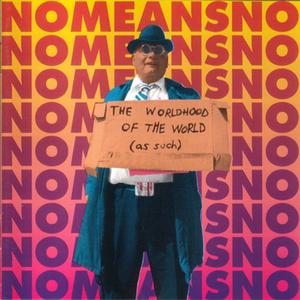 VA - Psychobilly Outlaws - A Tribute To The Meantraitors (2014) 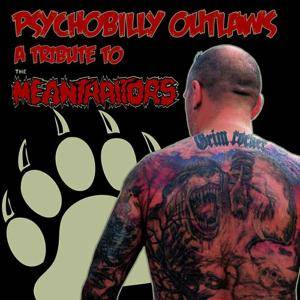 30 tracks from international psychobilly bands covering the songs of Russia's Meantraitors. Featured bands include The Magnetix, The Stockmen, Stressor, The Beat Devils, The Hellstompers, Evil Jokers, Mental Bait, The Grims, The Spoilers, The Chainsaw Charlies, Mosquito, The Squidbillys, Dice For Lights and many others. 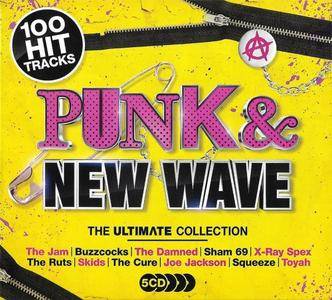 VA - Punk And New Wave - The Ultimate Collection (2018)
MP3 CBR 320 kbps | 5:15:31 | 730 Mb
Genre: Rock, Pop, Punk, New Wave / Label: The Ultimate Collection
The Ultimate Collection: Punk & New Wave brings together 5CDs containing 100 tracks that encapsulate the spirit of a rebellious cultural movement that changed the face of mainstream music forever. From punk to post punk, new wave and other spin-off sub genres this supercharged compilation contains some of the biggest hits from key artists such as The Buzzcocks, The Damned, The Jam, The Ruts, Dead Kennedys, Devo, Sham 69, Spizz Energi and many more.
Details 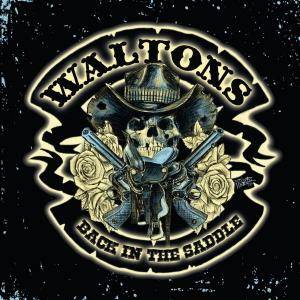 The Waltons - Back in the Saddle (2018)
MP3 CBR 320kbps | Tracks: 15 | 45:22 min | 104 Mb
Style: Punk Rock, Alternative, Psychobilly | Label: Quasilectric
Brandnew studio record of this iconic punk/rockabilly outfit THE WALTONS - Over 4.200 scanned albums sales in Germany for their latest records - Release show at the iconic Wild at Heart club (Berlin) plus a performance at the famous WACKEN OPEN AIR (August 8th, 2018) Originally founded in Borken (Nort Rhine-Westphalia) the band quickly moved to Berlin in the 1980s. With their unique blend of punk and rockabilly THE WALTONS created their own cowpunk style and quickly acquired a large following. The also became famous for their secret and highly illegal concerts in the former GDR. "Back in the Saddle" includes fresh cowpunk hits that will definitely become new hymns.
Details 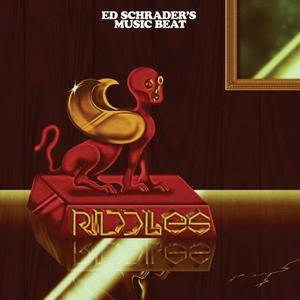 Ed Schrader's Music Beat - Riddles (2018)
MP3 CBR 320kbps | Tracks: 10 | 39:22 min | 90 Mb
Style: Noise Rock, Post-Punk, Indie, Lo-Fi | Label: Carpark Records
On Riddles, their first release for Carpark, the Music Beat begins their new life. In search of a fresh direction, Ed and Devlin invited their close friend, electronic-pop maestro Dan Deacon, to expand their sound and experiment with them as the album's producer, arranger, and co-writer. Working steadily in Dan's studio for two years in total collaboration, three evolving musicians pushed through an intense period of personal tumult and found purpose in the sounds they were committing to record. The result: a polished and passionate masterpiece of nuanced alt-rock. From driving opening track "Dunce" and the soaring single "Riddles" to the disarmingly gorgeous closer "Culebra," Ed and Devlin unapologetically channel a personal pantheon of pop and rock gods while growing into the band-and people-they'd previously kept caged inside.
Details 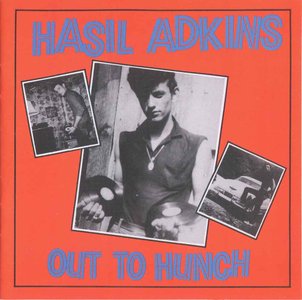 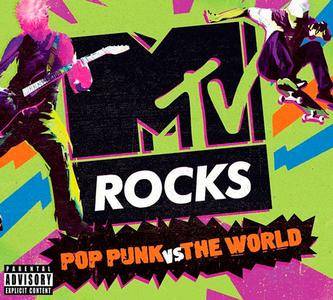 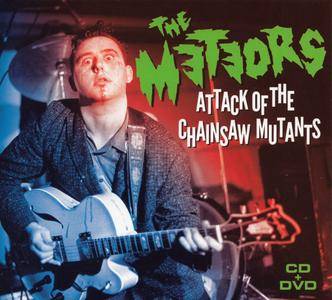 Psychobilly legends and one of the hardest working, ball breaking, out-an-out rockin' bands in the world. Led by the enigmatic Paul Fenech, the band have been recording and touring for many years and never fail to impress their ever loyal fans. This CD + DVD set covers much of the band's career and is a collection of live recordings and footage from the legendary Psychobilly haunts The Hellfire Club and The Klub Foot, plus promos for "Please Don't Touch" and "Chainsaw Boogie".