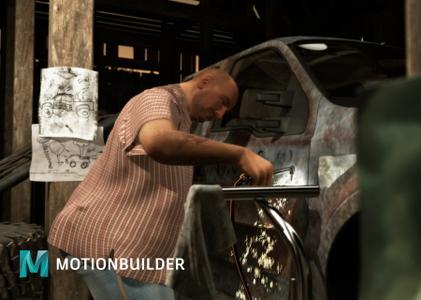 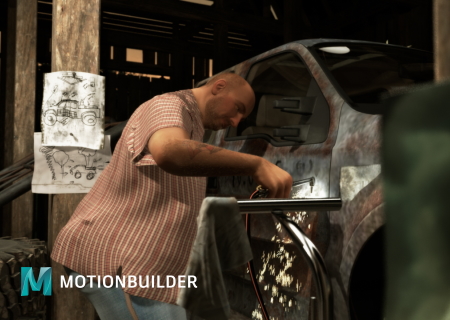 Python 3 is now available for MotionBuilder and is the new default on both Windows and Linux. Python 3 support provides developers with performance, security, and dev-centric language enhancements, while support for PIP delivers instant access to the latest libraries and tools.
Note: You can still launch in Python 2 mode by setting an environment variable or using a command line flag.

More powerful command line
The Python command line tool in MotionBuilder has been significantly improved. You can now use mobupy.exe to call the MotionBuilder Python SDK, which opens the door to new capabilities that weren’t previously possible, such as file processing and rendering from the command line.
Expanded Python API
Based on common feedback from developers, the MotionBuilder Python API has been expanded and improved to include many additional capabilities. See What's New in the MotionBuilder 2022 SDK for details.
- set last selected model
- new FBTransportAudioManager class
- new TRS methods to modify Actor (IK Manip off)
- get main window
- manage layouts
- get referenced property
- change FBTool title bar caption after creation
- get and set Const Key Reducer threshold
- support for QtSql
- expose pAskUser…
Python Editor updates
Each script tab in the Python Editor can now display an 'x' (Close) button, giving you a quick way to close scripts and making it much more efficient to manage multiple script tabs at once.
A new Show Close Button on Each Tab preference in the Python preferences lets you control whether these close buttons display in the Python Editor.

Note: There is no validation if a loop is created (similar to other relation constraint objects). For example, a cube position affecting the weight value of a layer. If the cube position is also affected by the same layer that the cube is affecting, the cube position might move in an unexpected way.

Camera Plate Offset and Scale
New Offset X/Y and Scale X/Y options have been added to the camera back and front plates, giving you more precise control over the transformation of the camera plates. These new options are available when the Fit option is disabled, and work in conjunction with the existing Center and Maintain Ratio settings. When the Maintain Ratio option is enabled, the new Scale Y value/animation is ignored, and Scale X is used for both.

HUD hierarchies in the Navigator
The Navigator now supports drag and drop parenting of HUDs, making it easier to associate things like HUD-style rig control setups with cameras. With your HUDs now nice & organized in a hierarchy, it's much simpler to attach them to cameras and render in the Viewer.

Better Audio Display
If you've gotten used to having to switch back and forth from the FCurve Editor in order to see your audio waveform, we have good news! Similar to the FCurve Editor, the Camera Switcher can now display the audio waveform from an audio clip or a Story audio track. This makes it easier for animators to stay in the flow while using audio in the Camera Switcher.

New Undo Window
For the first time in MotionBuilder, a new Undo window gives you a detailed view of the command history, letting you see and update the current level within the undo stack.

Customizable Splash Screen
Tool developers can now modify the MotionBuilder splash screen with custom imagery using the new environment variable MOTIONBUILDER_ICON_PATH. We put this in for studios that want to customize the startup experience in order to differentiate between different projects or tool versions.

Faster Image Loading
When loading a scene file, you can now have images contained in the file load in parallel, significantly speeding up the loading process. This is ideal for those of us with a need for speed, a need for speed specifically when opening files with numerous large images (for example when you are working with scenes with image-based reference footage).

C3D Import improvements
Now, you can control the up axis of a C3D file on import with the new Up Axis Used in File option in the Custom Import options. This control over which axis is up is very useful in relation to HIK.

Several updates have been made to improve selection accuracy for objects in the viewport, letting you interactively select objects such as cameras and locators more predictably. You probably don't need much more updated documentation for this one, but we hope you're going to feel and notice the difference!

Story Tool fixes
Based on feedback from power users, we made a number of targeted fixes and stability improvements related to the Story window and some of its associated features. Animators will experience workflow improvements and increased stability when working in the Story tools.

New pivot hotkey
The shortcut key for toggling the Use IK Pivot have been replaced from the 'D' key to the 'Ctrl+D' key for all interaction modes. The reason behind this change was that the legacy shortcut key was error prone in the Maya interaction mode, because the 'S', 'W', 'E', 'R' and 'F' key are commonly used and it was easy to wrongly press the 'D' key, which was changing the interaction behavior without a clear indication in the UI that Use IK Pivot was active.

Control over crash report (CER) window
When MotionBuilder crashes on Windows, in most cases a crash reporting (CER) window pops up to let you send the crash report to Autodesk (thank you!). With automated processes though, this CER window could cause processes to hang until you manually interacted with the window.

To help avoid this situation, we added a new config file that lets you disable showing that CER window and sending reports to Autodesk, but still create the *.log and *.dmp files in the user folder.

You can access and modify the config file in C:\Users\{username}\Documents\MB\{version}\config\Cip\Cip.txt.
Note: This value is only read on MotionBuilder startup, so if you choose to modify and save this config file, make sure to restart MotionBuilder so that it will take effect.

Support for AIF files on Linux
A new library named libaudiofile is now included within the MotionBuilder Linux setup making it possible to import an AIF file. 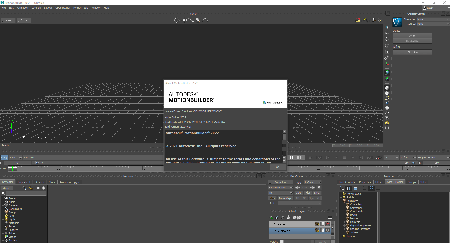 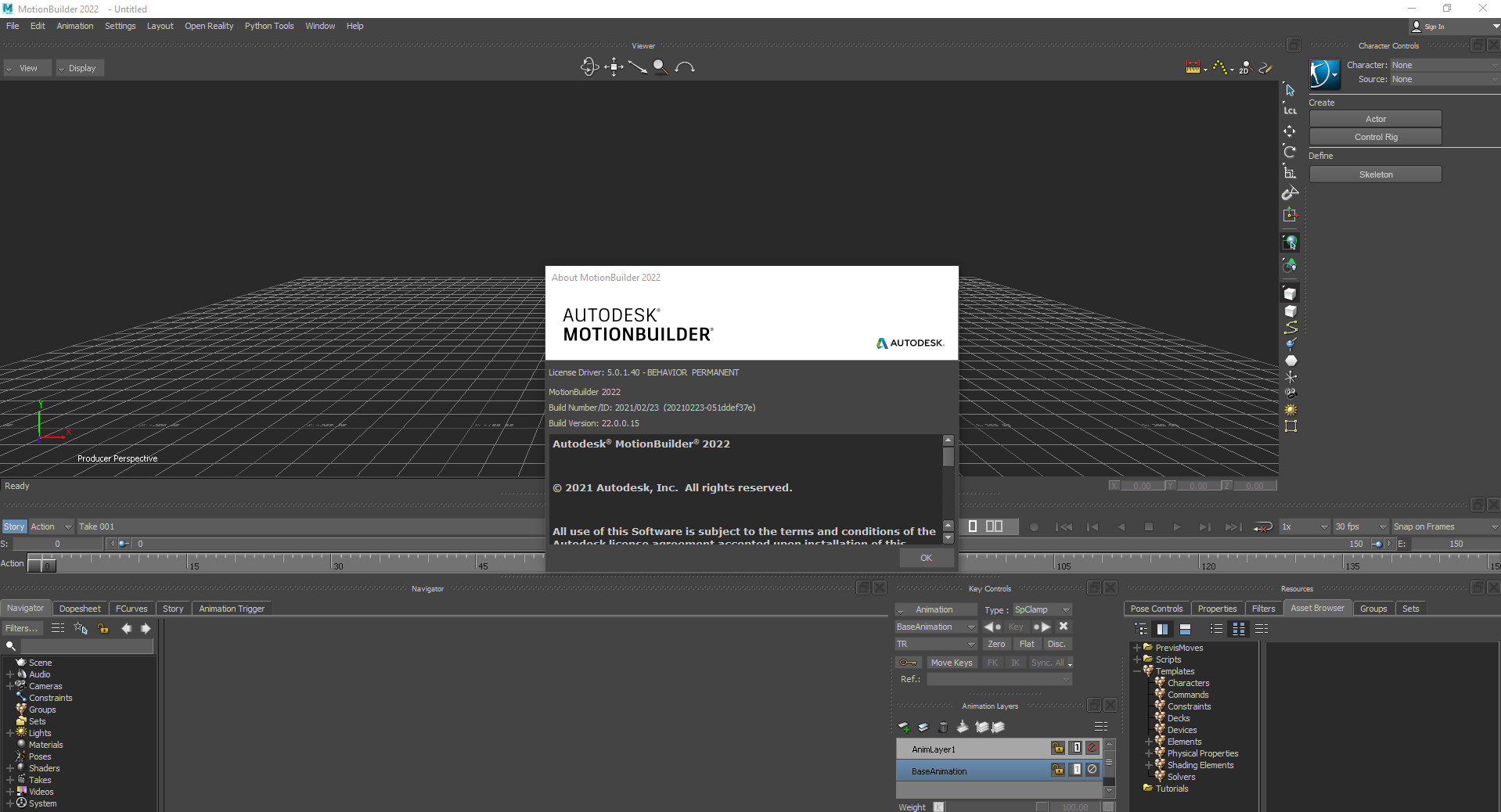 Autodesk’s MotionBuilder is the most widely used tool for editing and live-streaming motion capture data. It can be used for both virtual cinematography, motion capture, and traditional keyframe animation. The most common usage is for cleaning up your motion capture data and streaming it into other engines such as Unity and Unreal.
‍
Many of high-end users use MotionBuilder to do the final tweaks on their recorded motion capture data before they use it in their final 3D tool. The ability to write custom scripts and the fact that MotionBuilder has been used in so many productions, has made it an industry standard.

The MotionBuilder 2022 is largest update to its motion-capture editing software in some time, adding support for Python 3 and expanding the software’s Python API. There are also a range of quality-of-life improvements, including updates to the FCurve Editor, better workflows for handling props and camera plates, improved audio display, and a new Undo window.

The release shipped as part of a wider series of updates to Autodesk’s Media and Entertainment software, alongside 3ds Max 2022 and Maya 2022. 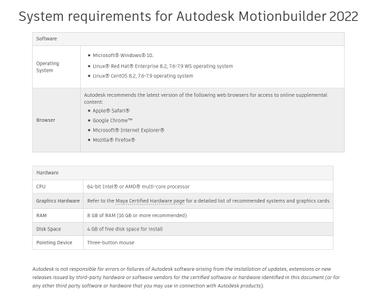 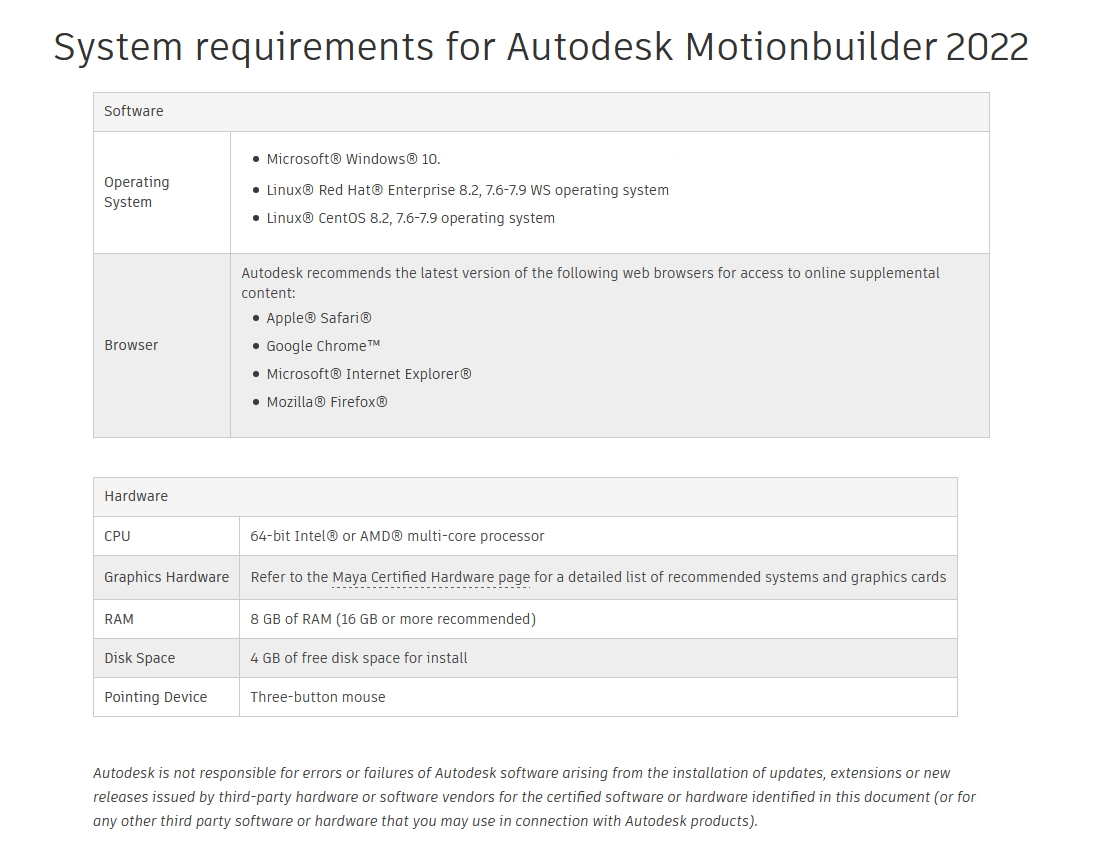