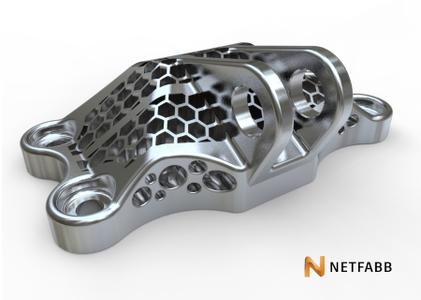 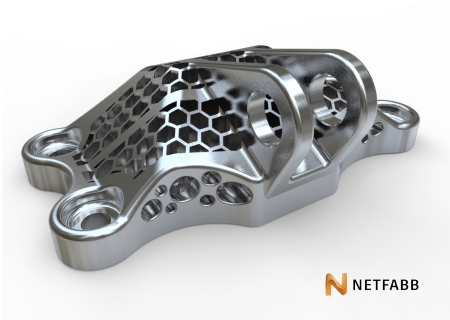 Autodesk Netfabb Ultimate 2020 R3 | 1.3 Gb
The Autodesk team is pleased to announce the availability of Netfabb 2020 R3. This update is mainly a bugfix release, it brings only minor modifications.

Graphical toolpath editor
Undo & redo as well as copy & paste are now supported when adding and removing, placing, and connecting function blocks.
Hatch supports
A new variant of the bar support now creates bars in the shape of ribbons, exposed by a single hatchline whose cross sections are all aligned.
QR Code generation
A new primitive in the part library creates physical QR codes
Machine workspaces
New machines by AddUp, Formlabs, LMI, and NXT Factory have joined Netfabb's range of directly supported machines.
UI improvements
The repair action dialogs have been unified.
The same improvement has been applied for Generate Shell and Z-Compensation.

Autodesk Netfabb is a software application tailored for additive manufacturing, rapid prototyping, and 3D printing. It prepares three-dimensional files for printing and converts them into 2.5-dimensional slice files, consisting of a list of two-dimensional slice layers. To help users prepare the print, features are available for viewing, editing, repairing, and analyzing three-dimensional STL-files or slice-based files in various formats. To perform the print preparation operations, Netfabb uses an STL file format to create a mesh of the part.

According to Netfabb, there were already 80,000 users of its products worldwide before it became a part of the Autodesk family. Since Netfabb's acquisition by Autodesk in 2015, they have continued to expand its tools and capabilities year on year and 2020 is no exception.

This tutorial will teach Ember users, who have been using Print Studio, to print a part using the equivalent workflow in Netfabb Basic. We’ll import a model, position it on the build platform, create supports, choose printer settings, and send the print data to Ember.