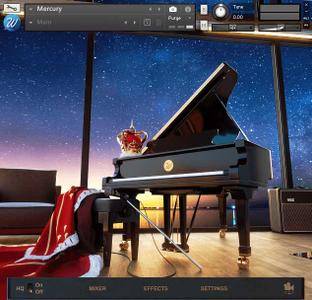 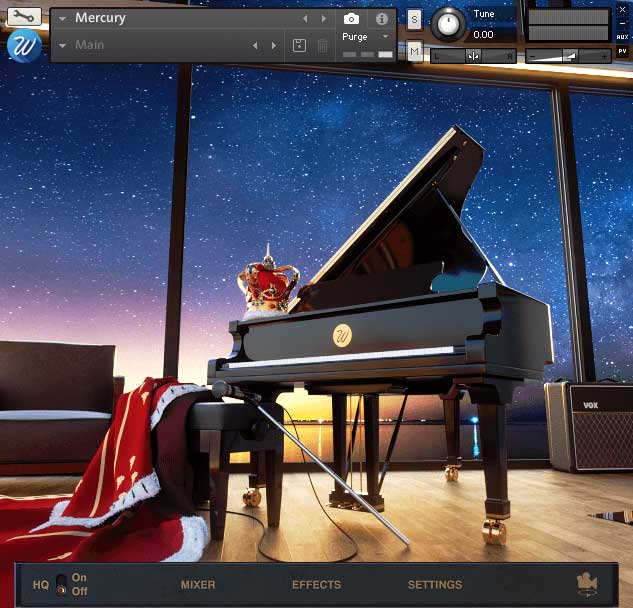 Wavesfactory Mercury Piano v1.0.2 KONTAKT UPDATE | 64 Mb
Freddie Mercury'S Fazioli. Mercury is a grand piano sample library for Kontakt Player featuring a Fazioli F228 recorded at Metropolis Studios in London. One year in the making, crafting it piece by piece in order to make it perfect in every possible way. Fazioli pianos pursuit perfection. They’re sophistically delicate but with a very rich low-end and a lot of body resonance.

Mercury was recorded by Grammy Award winning Paul B. Norris with 5 mic positions from ultra-close to room sound for maximum versatility. It sounds warm and very emotional. Perfect for intimate low-key tracks, but it’s also very punchy and aggressive on high velocities. A combination that you don’t find usually on piano libraries.

It has been captured with so much detail and depth that you can make it sound in a million different ways and still sound natural, but it will always retain the character. Mercury can be a big monster library or light-weighted since one microphone only uses ~300MB of RAM. With realism in mind and all the possible features that we could think of including soft pedalling, una corda, sostenuto, sympathetic resonance, microtuning…