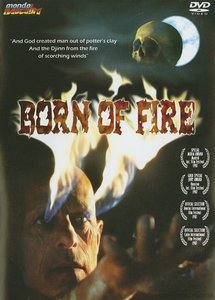 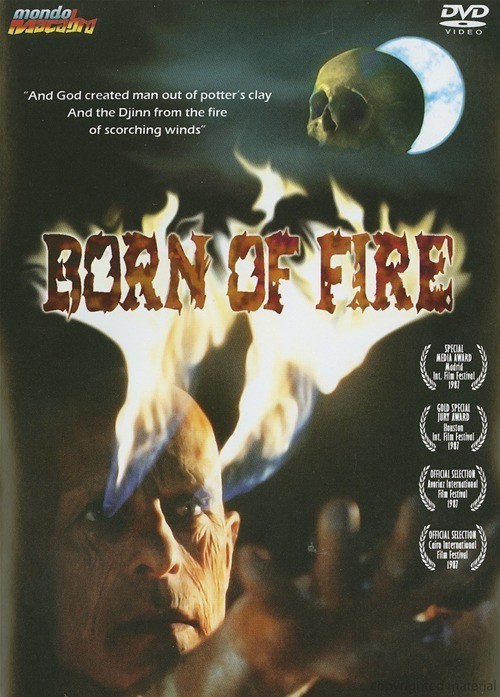 In London, a musician finds himself assailed by visions of fire and destruction and is unable to finish an important concert. Later, he is contacted by a mysterious woman who tells him his visions are connected with unusual solar activity and volcanic eruptions in a remote part of Turkey.

He visits the area and finds himself at the centre of a battle between good and evil for the fate of the earth.

Sometimes described as "the world's first Islamic horror film". Born of Fire is a visually stunning trip through a world of mysticism and magic, in the style of Jodorowsky's El Topo and Magic Mountain. Stars: Peter Firth & Suzan Crowley. 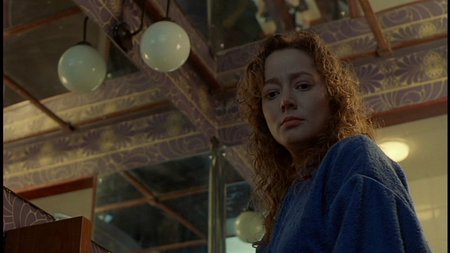 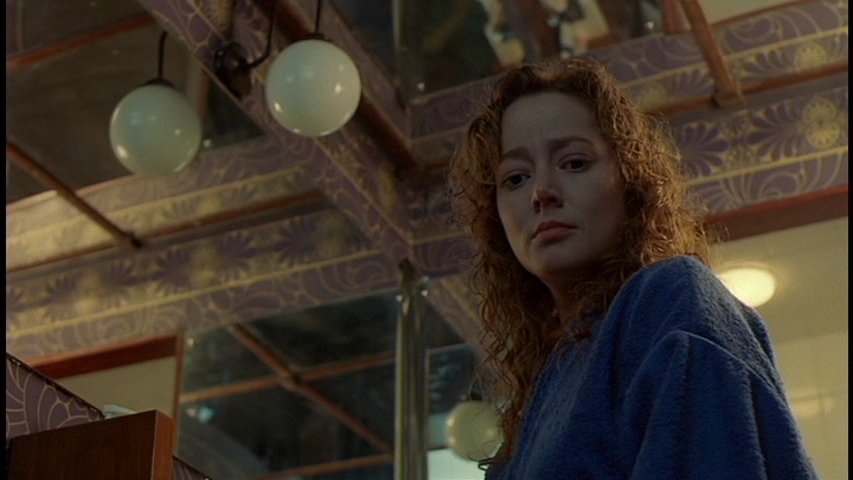 Jamil Dehlavi's Born of Fire (1986) received both a theatrical and home video release in the 1980s, but the film has languished in complete obscurity since that time. This obscurity is undeserved because, as revealed by Mondo Macabro's new DVD release, Born of Fire is a rare hybrid of art house cinema and horror that delivers a strong dose of mind-bending surrealism. 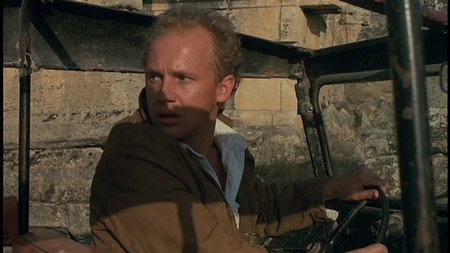 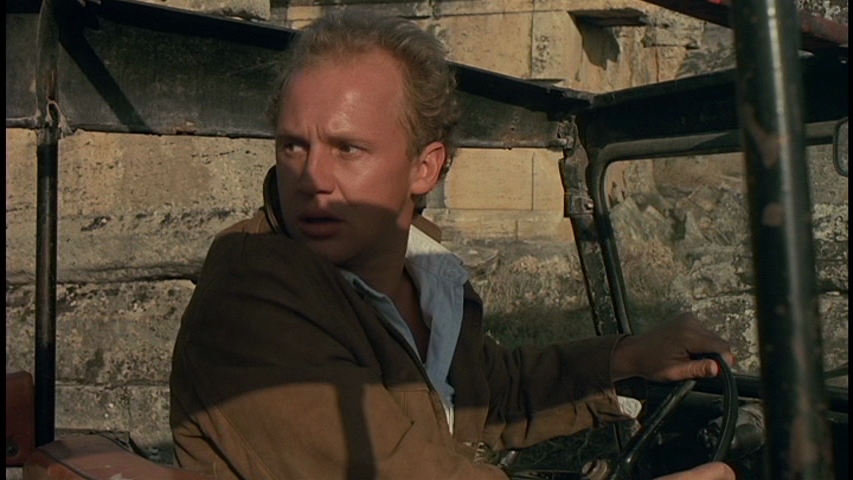 In Born of Fire, an astronomer whose name is never given (Suzan Crowley, who is a distant relative of Aleister) observes a disturbance on the sun's surface that she believes is caused by something occurring on Earth. This disturbance manifests itself in numerous ways, including the eruption of a long dormant volcano in Turkey. The mystery woman somehow becomes aware of a concert flautist named Paul Bergson (Peter Firth) who experiences visions of fire in unison with the cosmic occurrences. Bergson heads to Turkey to understand how is flautist father died. Once in Turkey, he meets a man named Bilal (Stefan Kalipha), who informs him that the Master Musician (played by someone called Oh-Tee) has the answers he seeks. 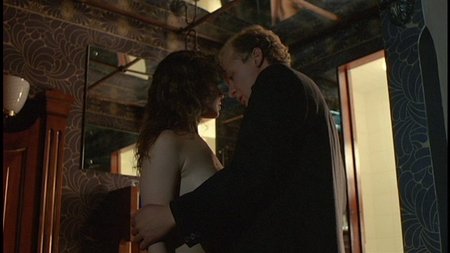 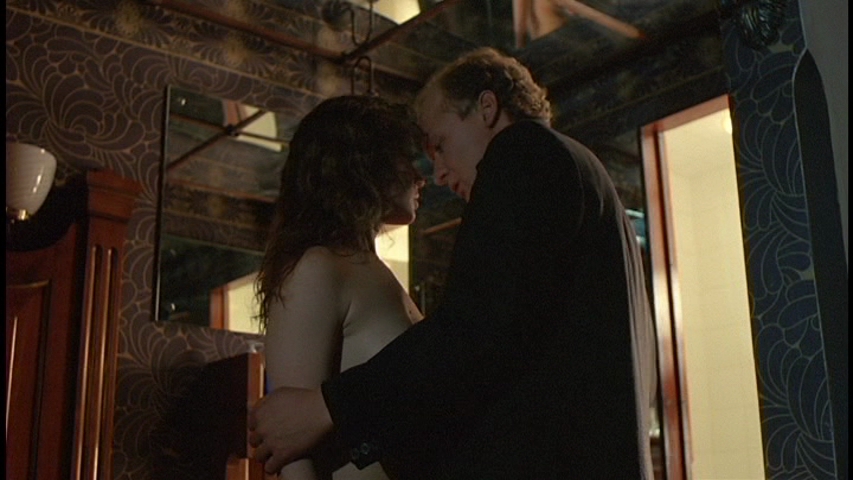 Such a straight-forward description is admittedly deceiving because Jamil Dehlavi's film isn't so much concerned with making narrative sense as it is concerned with style and theme. Born of Fire sheds its narrative confines over time in favor of a hallucinatory visual approach akin to Alejandro Jodorowsky. This emphasis on poetic and surreal imagery links to the film's supernatural themes, which are derived from the Islamic notion of Iblis or Shayṭan (aka the Devil). Iblis manifests himself through nightmarish imagery that keeps spilling over into the narrative until the film is completely drenched in hallucinatory visuals. 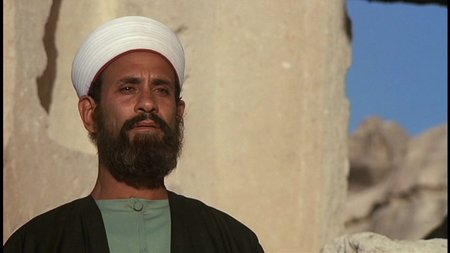 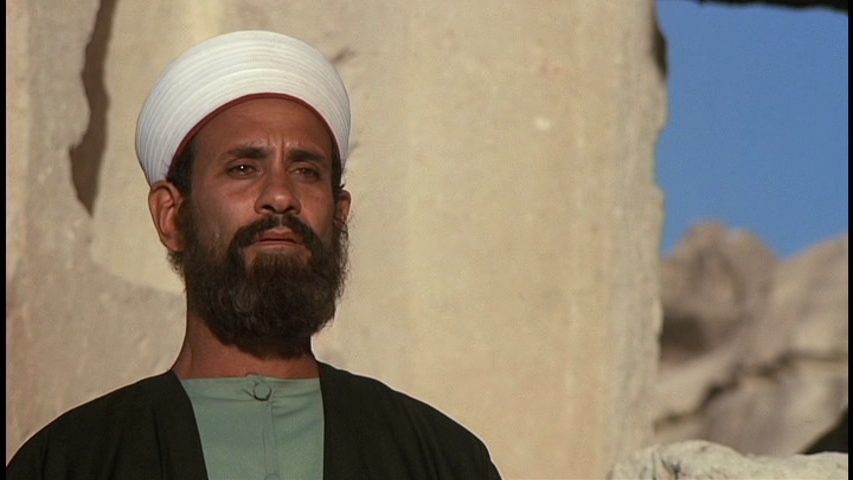 Mondo Macabro's DVD presents a widescreen source that was is digitally transferred from a film's negative. The image is really crisp, which accentuates the film's very deliberate cinematography and lighting schemes (some scenes use lots of soft, hazy lighting while others are brightly lit with high contrast colors). The special features, which include interviews with the director, Peter Firth, and Nabil Shaban, are of the high caliber that has come to be expected from Mondo Macabro. 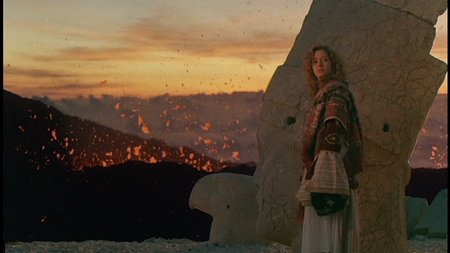 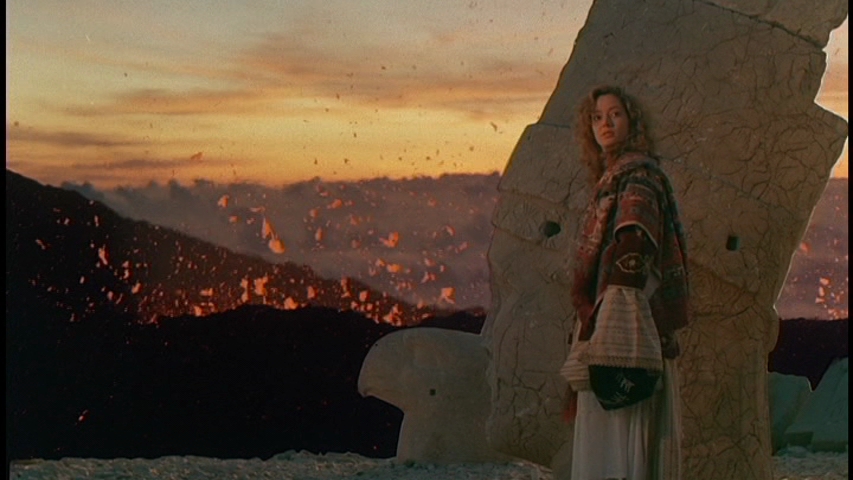 Born of Fire invokes a time period when filmmakers like Nicolas Roeg, Andrzej Zuwalski, and others muddied up the boundaries between art and genre to create vital works with lasting impact. Born of Fire doesn't quite match up with the works of the previously mentioned directors but Jamil Dehlavi was playing the same game and achieving powerful results.
Twitch 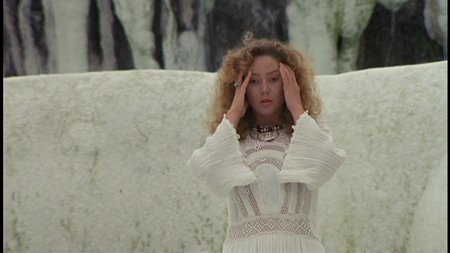 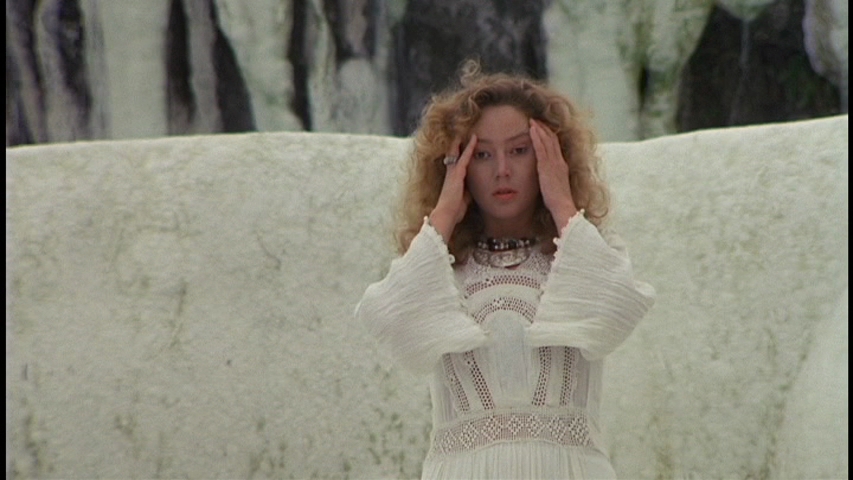 A solar eclipse and a volcanic activity in Turkey cause British flutist Paul (Peter Firth, EQUUS) to experience strange visions and hears mysterious flute music during a concert in London. Before his ailing mother's death, she mentions something about the Master Musician who had taught his long dead musician father breathing exercises in Turkey. Together with an attractive astronomer (Suzan Crowley, THE DRAUGHTSMAN'S CONTRACT) who has also been having hallucinations and believes there is a connection with recent increasing solar activity, Paul goes to Turkey in search of the Master Musician (Oh-Tee, who has already been making creepy encounters throughout the London scenes) and is told by mysterious Bilal (Stefan Kalipha) that his flute will lead him. 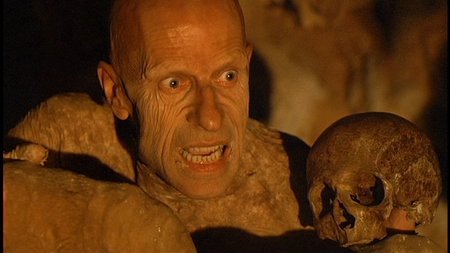 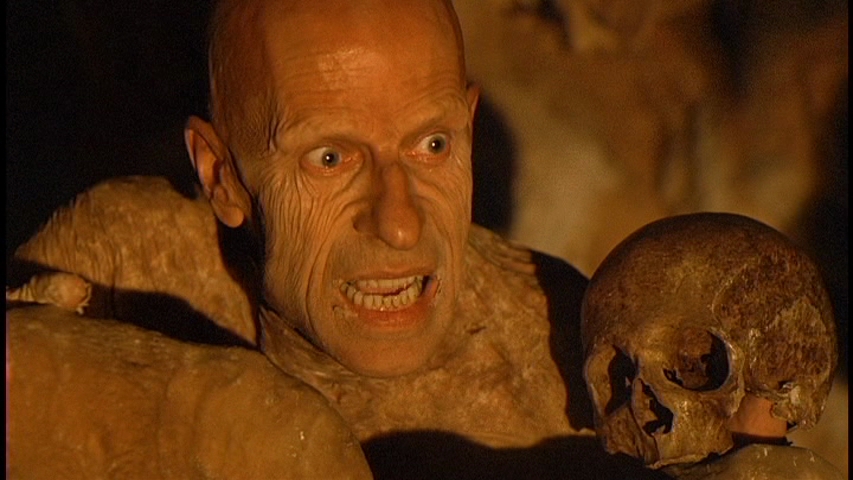 The film is stunningly photographed with beautiful Turkish location photography (it may be one of the most beautiful British horror films of the eighties) and effectively scored by underrated genre Colin Towns (FULL CIRCLE) with accompaniment by Kudsi Ergüner. The downside of the film is how talky it is for a film just over eighty minutes. Each and every strange hallucination or vision is then talked about and sometimes explained; Arabic mythology is very interesting but do we really need to know what a djinn is to make the appearances of mysterious black clad woman any more effective? (though director Dehlavi admits in the interview that the dialogue in BORN OF FIRE is the least interesting in his films). As such, Firth and Crowley are good with what they have to work with but their romantic relationship seems under-motivated. The film is most effective when it depicts visually Paul's journey and the astronomer's increasingly strange behavior (seasoned genre viewers will stop wondering rather quickly why her character is never named). Regardless, the film is highly recommended for horror film fans with eclectic tastes and a liking for mesmerizing, trippy visuals.
Eric Cotenas, dvdbeaver 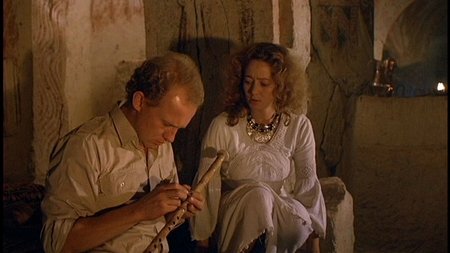 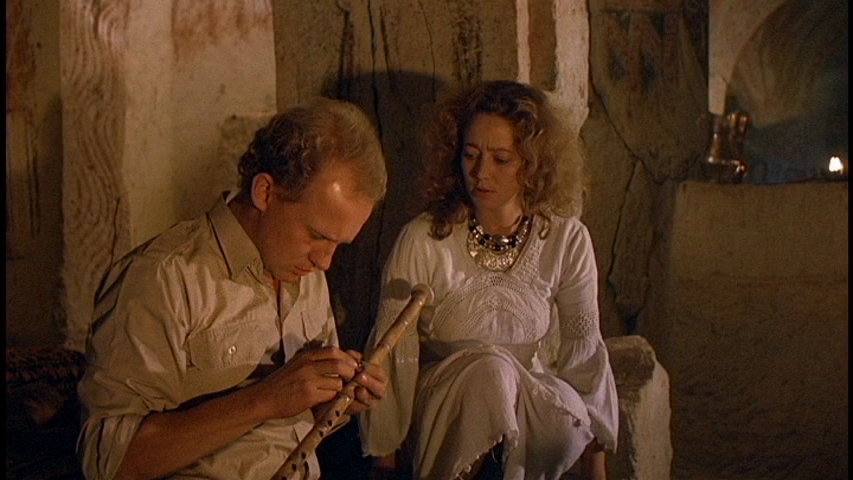