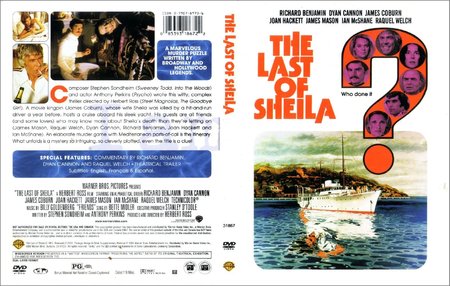 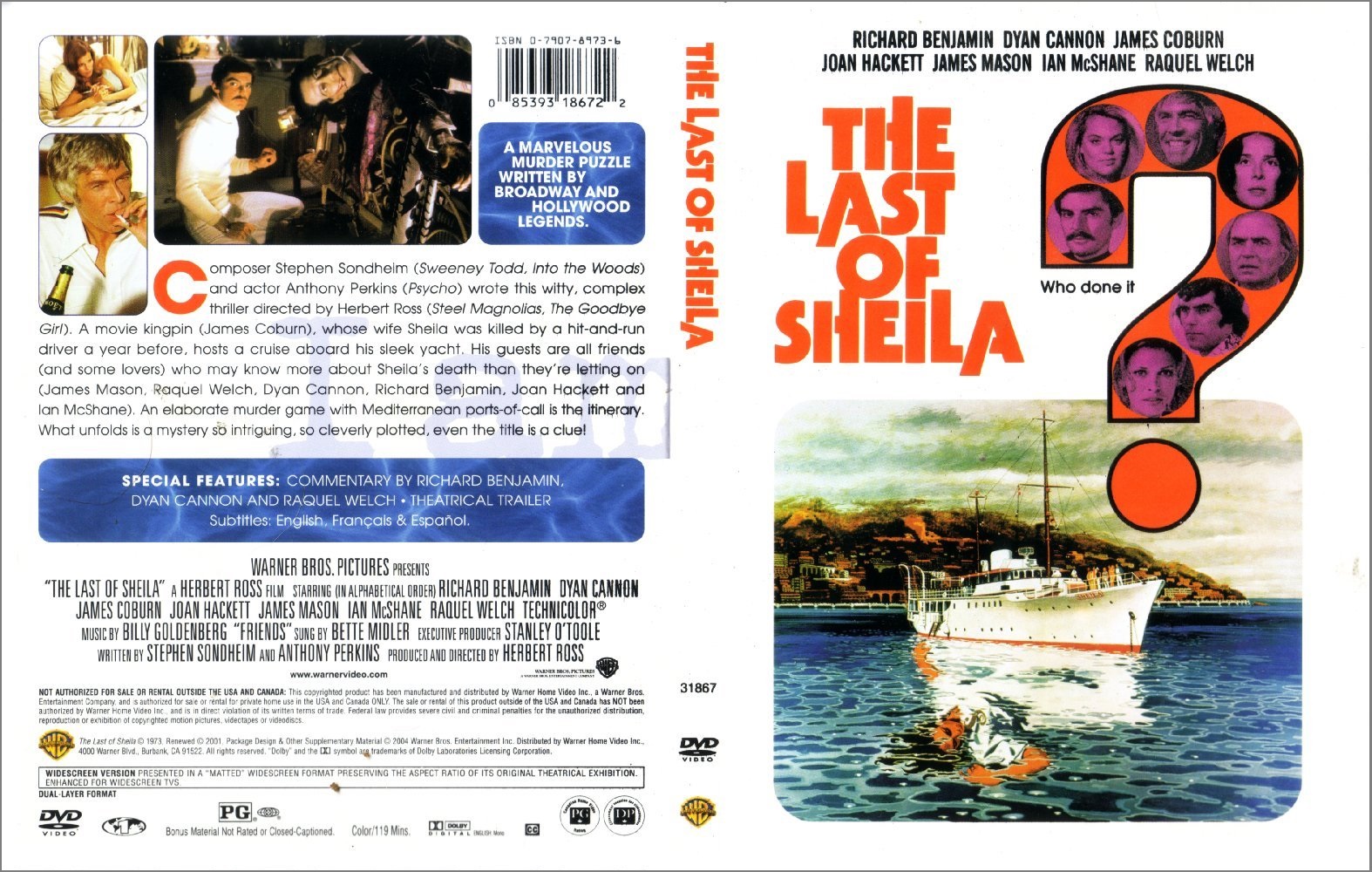 Sheila is killed in a hit-and-run car accident following a party one night. A year later her multi-millionaire husband, Clinton, invites a group of her friends to spend a week on a his yacht. He's a notorious practical joker and insists his guests play a mystery game where each has been assigned a crime for the others to discover. Each night a series of clues is planted in the local port and the team must solve the identity of the criminal-of-the-day. However, things get out of hand and soon there's a real crime to solve. 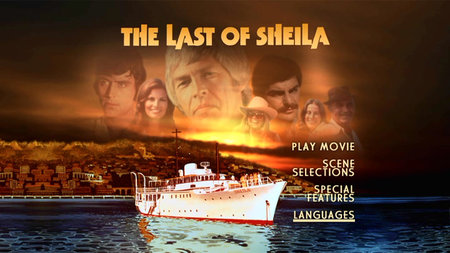 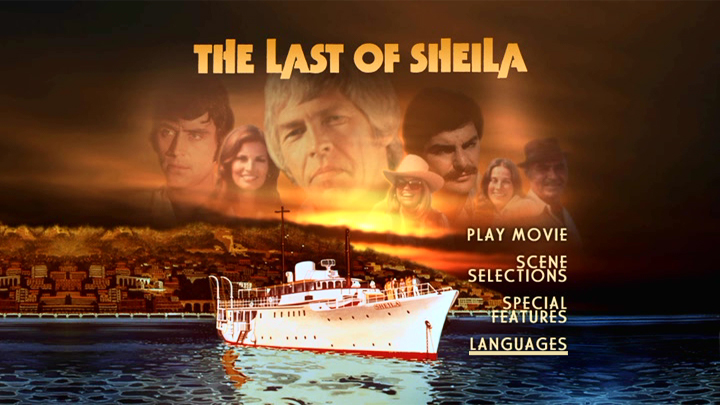 Long before ’Who-done-it?’ movies became really popular in the early 80s, Stephen Sondheim and Anthony Perkins wrote up an intriguing genre script that turned into the movie ’The Last Of Sheila.’ This wonderfully wicked film, full of twists and enigmatic characters is now available on DVD from Warner Home Video, for everyone to behold. 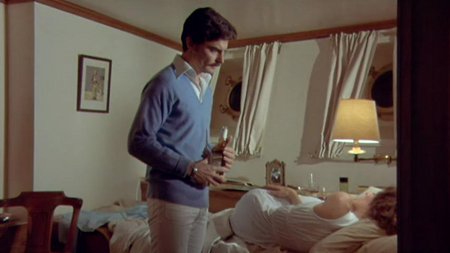 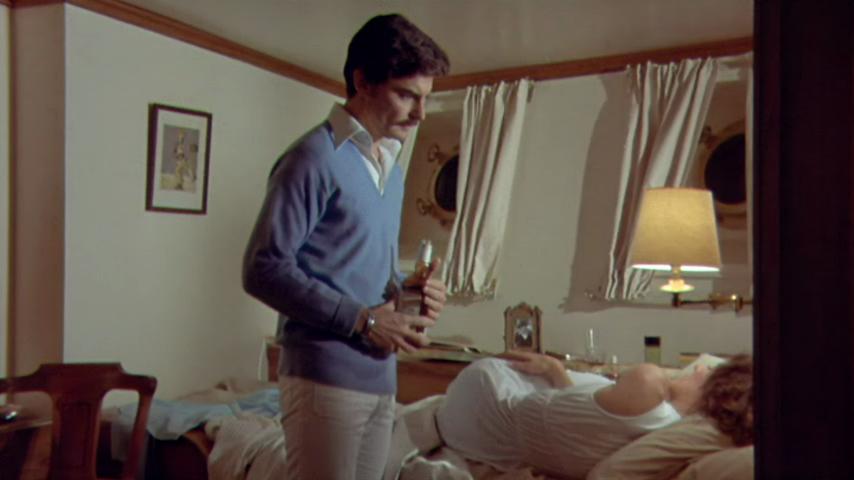 Sheila is killed in a hit-and-run car accident and the killer was never found. A year later to the day, her film-mogul husband is inviting all the people who were guests at his house that fateful night to spend a week on his yacht in France. His plans for entertainment include playing a game of mystery in which every night, one of the guest’s intimate secrets is unveiled. But things begin to go awfully wrong when someone tries to actually kill the guests. 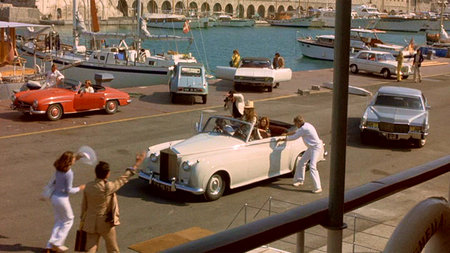 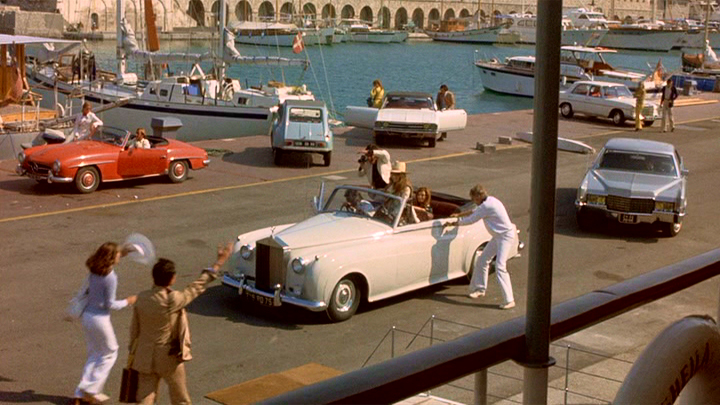 ’The Last Of Sheila’ is presented in a 1.85:1 widescreen aspect ratio on this DVD in a transfer that is enhanced for 16x9 television sets. The image is clean and clear throughout and free of speckles or mars. Colors are naturally rendered, though the color scheme of the film dates it a bit. Black levels are good, firmly rooting the image, creating shadows that are deep, which is especially noticeable during the dark monastery scenes. No edge-enhancement is evident and the compression is also without flaws, making this a great presentation of the movie. 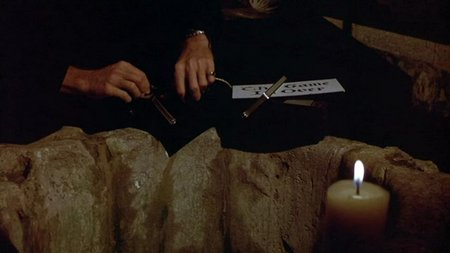 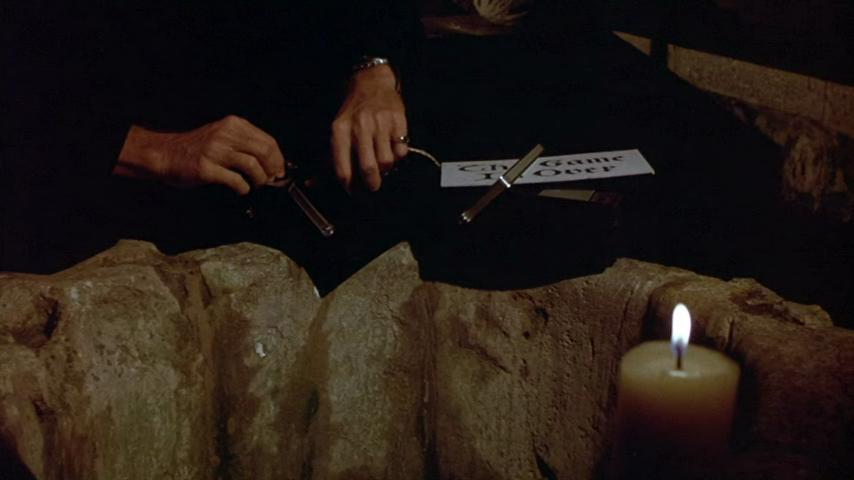 The audio comes as a monaural Dolby Digital track that could have used a bit of work. Overly muffled with an uneven frequency response and oftentimes no high end, the track noticeably lacks transparency. Dialogues are hard to understand at times and uneven balanced, sometimes being too low in volume, at others being too high.

The DVD contains a commentary track featuring stars Richard Benjamin, Dyan Cannon and Raquel Welch. While the track offers some great insight and anecdotes unfortunately it also contains a good number of gaps. The three nonetheless manage to fill viewers in on a lot of the production aspects and stories from the making of the film. 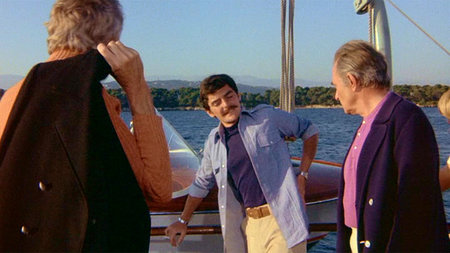 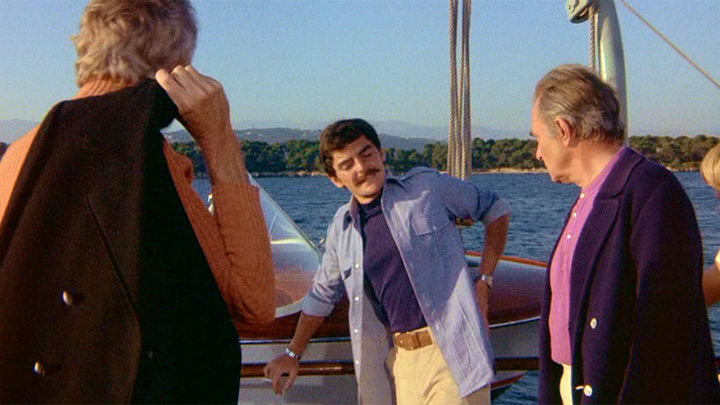 Featuring a great cast, a wonderful script and a plot that keeps you guessing up to the last minute, ’The Last Of Sheila’ is definitely a film to check out if you enjoy the mystery genre.
DVD Review 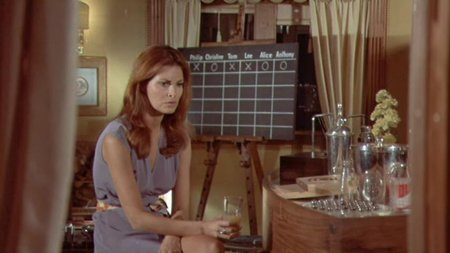 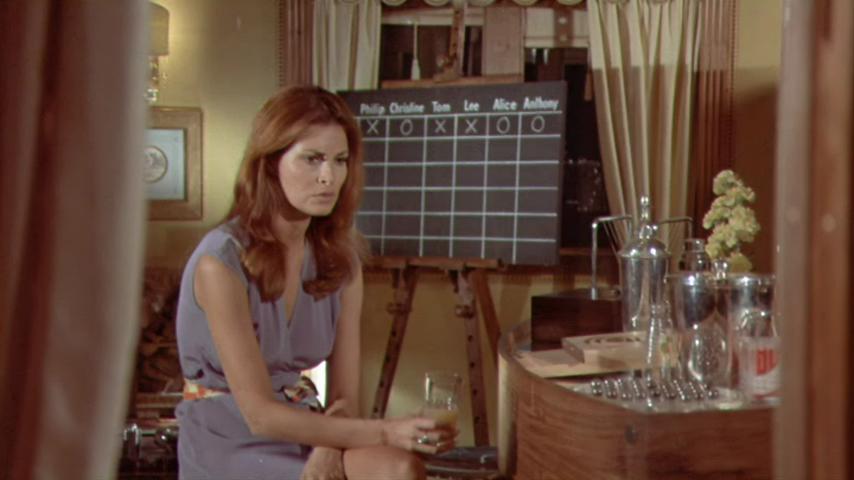