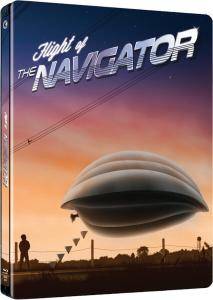 This 1978 Disney adventure tells the story of 12-year-old David (Joey Cramer) who lives with his family in Fort Lauderdale, Fla. When he awakens from being accidentally knocked out in the forest near his home, he finds that eight years have passed. His family is overjoyed to have him back, but just as perplexed as he is by the fact that he hasn't aged. When a NASA scientist (Howard Hesseman) discovers a UFO nearby, David gets the chance to unravel the mystery and recover the life he lost. 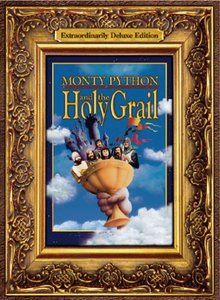 
From its opening multi-language titles (that sure looks like Swedish) to the closing arrest of the entire Dark Ages cast by modern-day bobbies, Monty Python and the Holy Grail helped to define "irreverence" and became an instant cult classic. This time the Pythonites savage the legend of King Arthur, juxtaposing some excellently selected exterior locations with an unending stream of anachronistic one-liners, non sequiturs, and slapstick set pieces. The Knights of the Round Table set off in search of the Holy Grail on foot, as their lackeys make clippety-clop sounds with coconut shells. A plague-ridden community, ringing with the cry of "bring out your dead," offers its hale and hearty citizens to the body piles. A wedding of convenience is attacked by Arthur's minions while the pasty-faced groom continually attempts to burst into song. The good guys are nearly thwarted by the dreaded, tree-shaped "Knights Who Say Ni!" A feisty enemy warrior, bloodily shorn of his arms and legs in the thick of battle, threatens to bite off his opponent's kneecap. 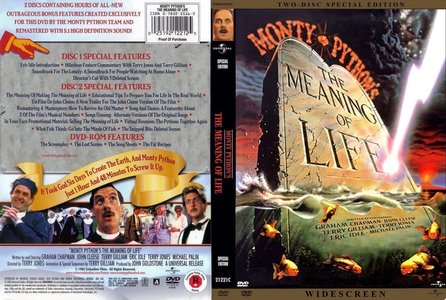 The Meaning of Life is without a doubt the most tasteless of the Monty Python feature films; it also happens to be one of the funniest. Life's questions are "answered" in a series of outrageous vignettes, beginning with a pre-credits sequence at a staid London insurance company which transforms before our eyes into a pirate ship. One of our favorite bits involve the National Health doctors who try to claim a healthy liver from a still-living donor, pointing out that there's nothing in his contract preventing this. And of course, there's the scene with the world's most voracious glutton, who brings the art of vomiting to new heights before his spectacular demise. Be warned: though hilarious, this may be the grossest bit of comedy filmmaking ever conceived (there aren't enough words in the world to describe it in detail!). Loyal Pythonites Graham Chapman, John Cleese, Terry Gilliam, Eric Idle, Terry Jones and Michael Palin star in The Meaning of Life and share writing responsibilities, while Jones is in the director's chair this time out.