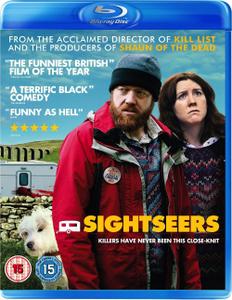 Chris (Steve Oram) wants to show Tina (Alice Lowe) his world and he wants to do it his way - on a journey through the British Isles in his beloved Abbey Oxford Caravan. Tina's led a sheltered life and there are things that Chris needs her to see - the Crich Tramway Museum, the Ribblehead Viaduct, the Keswick Pencil Museum and the rolling countryside that separates these wonders in his life. But it doesn't take long for the dream to fade. Litterbugs, noisy teenagers and pre-booked caravan sites, not to mention Tina's meddling mother, soon conspire to shatter Chris's dreams and send him, and anyone who rubs him the wrong way, over a very jagged edge. 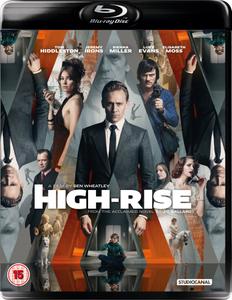 HIGH-RISE stars Hiddleston as Dr. Robert Laing, the newest resident of a luxurious apartment in a high-tech concrete skyscraper whose lofty location places him amongst the upper class. Laing quickly settles into high society life and meets the building's eccentric tenants: Charlotte (Miller), his upstairs neighbor and bohemian single mother; Wilder (Evans), a charismatic documentarian who lives with his pregnant wife Helen (Moss); and Mr. Royal (Irons), the enigmatic architect who designed the building. Life seems like paradise to the solitude-seeking Laing. But as power outages become more frequent and building flaws emerge, particularly on the lower floors, the regimented social strata begins to crumble and the building becomes a battlefield in a literal class war.